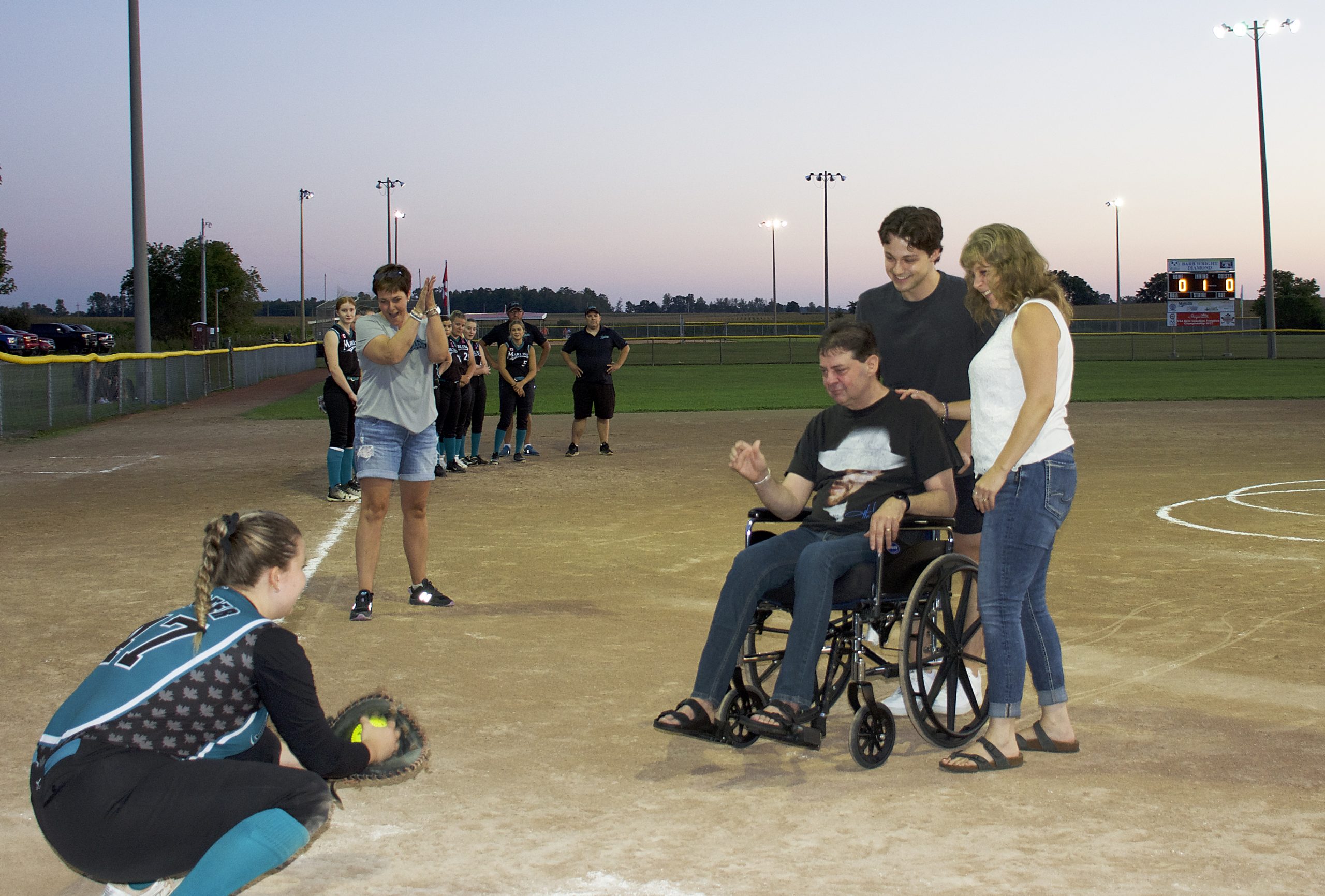 An Aug. 19 game between two of the three Palmerston Marlins U19 softball teams was dedicated to Dean Fischer, a longtime parent and volunteer with the program, who has been battling brain cancer. Fischer threw out the ceremonial first pitch to his daughter, Hailie, a catcher on the U19 Iles team. Photo by Curtis Gordon

PALMERSTON – Emotions were running high on a beautiful night at the Barb Wright Ball Diamond in Palmerston on Aug. 19.

A game between two of the Palmerston Marlins U19 softball teams was dedicated to Dean Fischer, a longtime parent and volunteer with the program who has been battling brain cancer for several months.

Prior to the start of the game, Fischer threw out the ceremonial first pitch to his daughter, Hailie, a catcher on the Marlins U19 Iles team.

The Iles squad jumped out to a commanding 7-0 lead over the Marlins U19 Golley team early in the game. They never looked back, winning the game by a final score of 9-0.

Hailie Fischer was one of the game’s stars, hitting a two-run double in the sixth inning.

“It really meant the world to me, considering that after today I only have one tournament left and then that’s my season,” Fischer said in a post-game interview.

“To end with the Marlins, and having him for the first pitch, really means the world to me, as well as having the rest of my family behind me.”

Fischer, who has been playing the sport for most of her life, said her dad encouraged her to join the Marlins six years ago, as she wanted to play at a more competitive level. 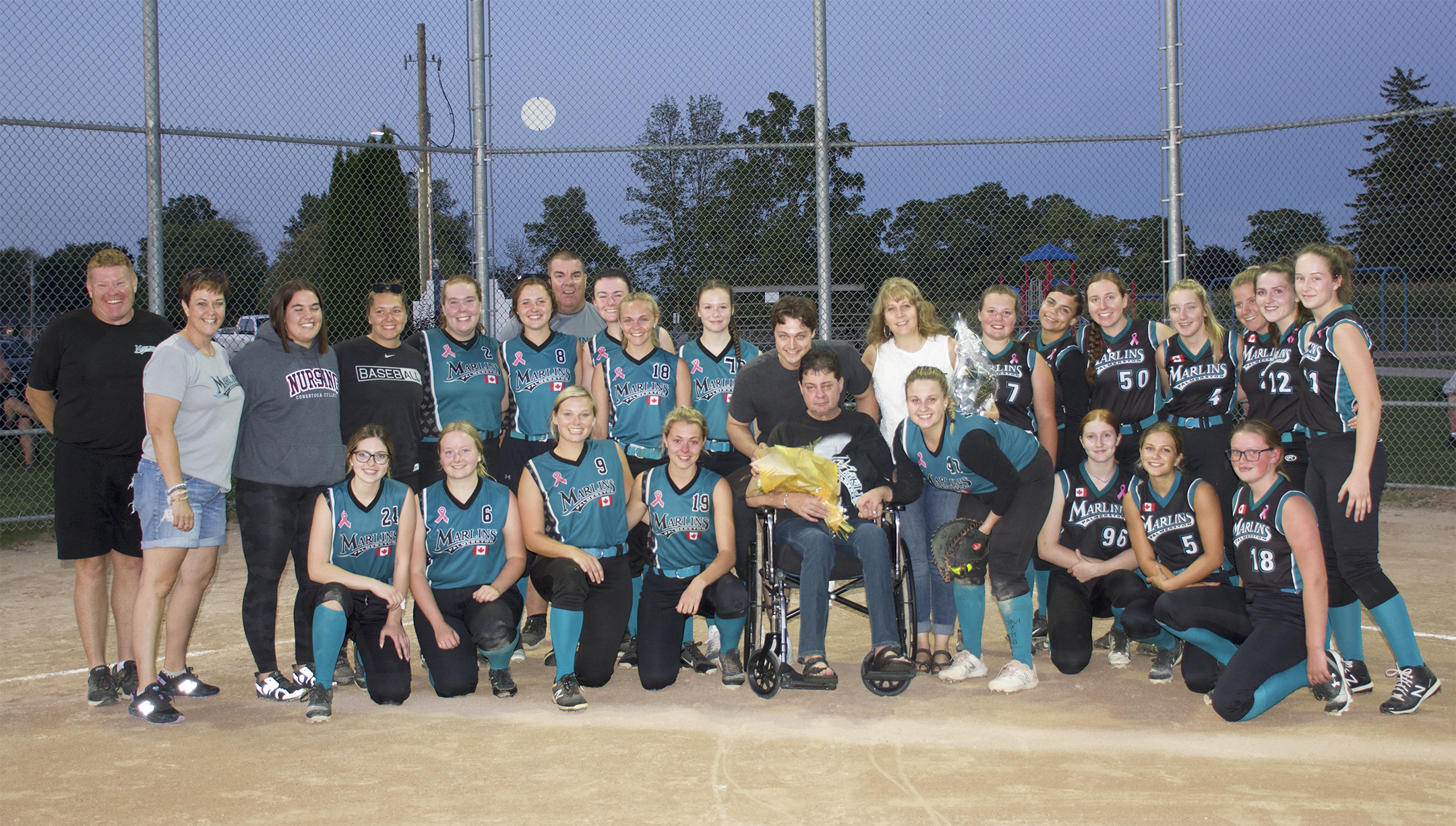 Both U19 Marlins teams, along with a sizeable crowd, honoured Fischer before the game. The Iles team went on to win the game by a final score of 9-0. Photo by Curtis Gordon

“He was the one who pushed me to play more competitively,” she said.

Fischer noted she will be taking a year to spend time with her family before deciding where to continue her softball career at the next level.

“From there, I will hopefully look toward university, that’s my goal. I’d like to join a varsity softball team,” she said.

Mary Iles, manager of the Marlins team on which Fischer plays, said the game had a special meaning to everyone, as the majority of the players on the team have played together since they were 14.

“They’re a pretty tight-knit group of girls, so it feels like family,” Iles said.

“We thought it was an important piece to wrap up our season with Dean and his family and make it something special.”

Iles said that as a parent, Dean Fischer was always someone who was willing to help the team however he could.

“He’s been a great parent, always helping with setting up and taking down, and helping with the girls,” said Iles.

“He always made sure that everybody was looked after, so he’s an important part of our team.”

A GoFundMe page has been set up for the family, as Fischer’s wife Jo-Ann has had to take time off from her job to care for him.

The GoFundMe page can be accessed here.