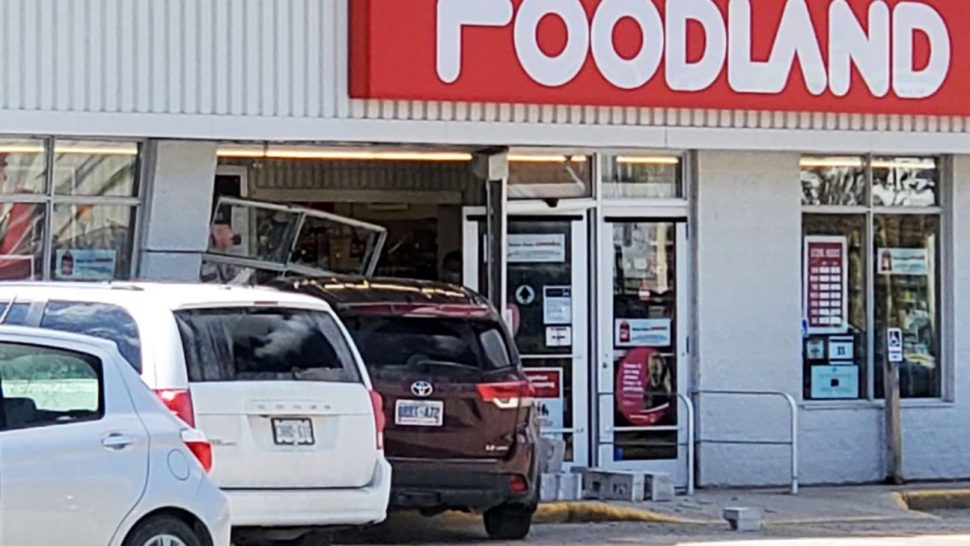 An SUV crashed through the front window of the Palmerston Foodland around noon on April 14. Submitted photo 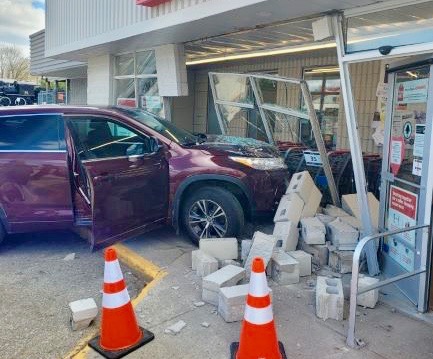 An SUV crashed through the front window of the Palmerston Foodland around noon on April 14. OPP photo 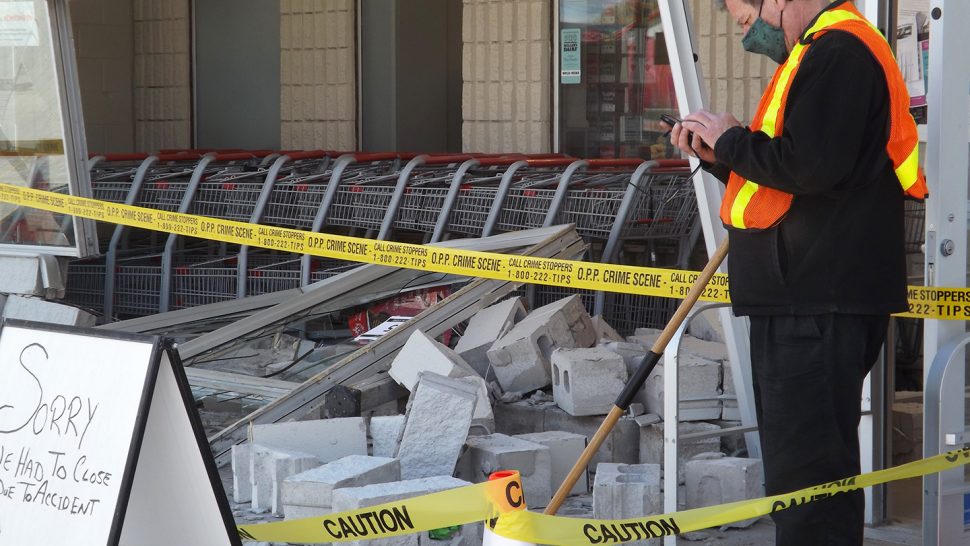 Owner Ron McTaggert checks out damage to Palmerston Foodland after a vehicle crashed into the store on April 14. Photo by Patrick Raftis 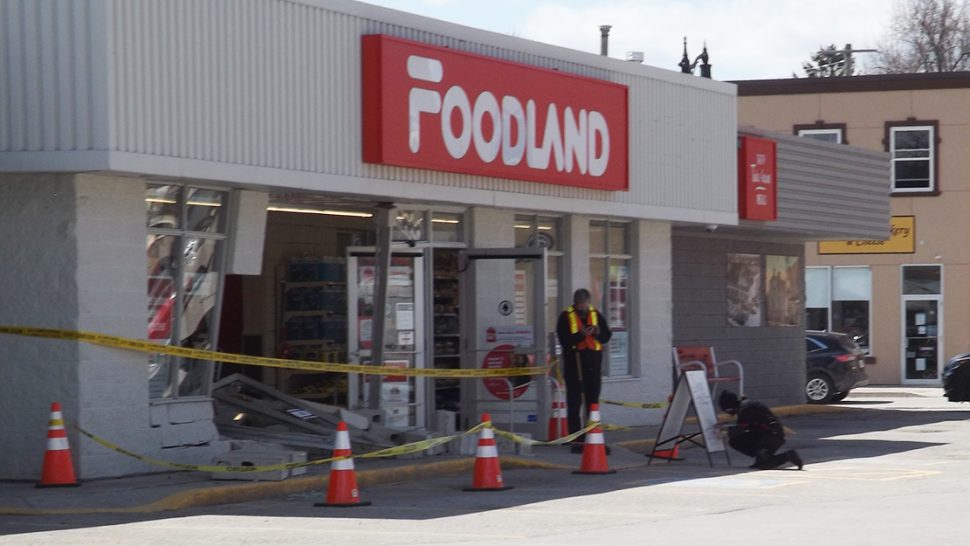 The Foodland was closed for the day following the crash. Photo by Patrick Raftis 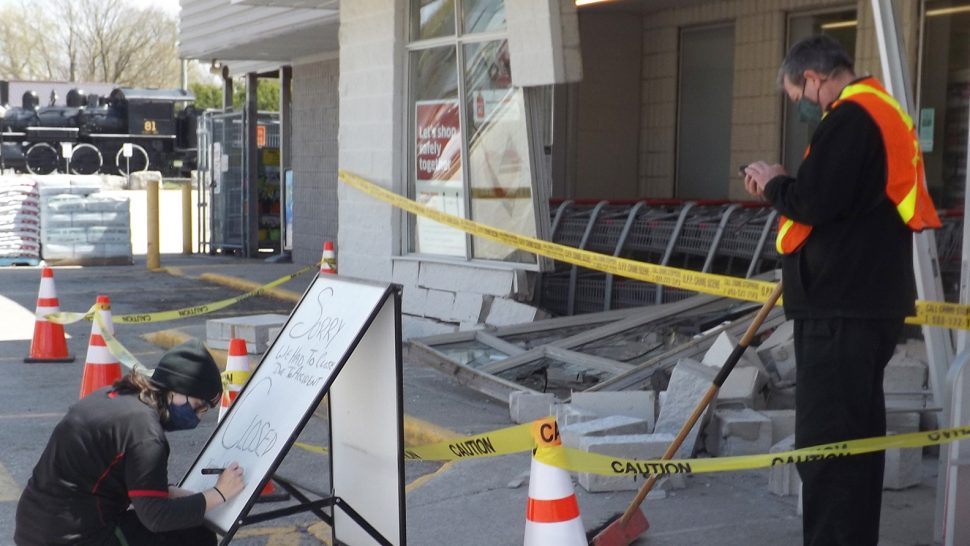 Owner Ron McTaggert checks out damage to Palmerston Foodland while an employee completes a sign informing customers the store was closed for the delay for clean up. Photo by Patrick Raftis

PALMERSTON – No one was injured when a vehicle crashed into the front of the Foodland grocery store on Main Street in Palmerston at around noon on April 14.

“Everybody was safe. No customers were hurt,” Foodland owner Ron McTaggert told the Advertiser shortly after the incident.

“The customer in the vehicle was not hurt either.”

It is unclear what caused the driver to crash into the store hard enough to knock over concrete blocks around a large window in a shopping cart storage area.

“Obviously it was an accident,” said McTaggert, who said the store would be closed for the balance of the day.

“We’re just going to get cleaned up and back open for business by tomorrow.”

“The 69-year-old driver was shaken up but not injured,” said MacDonald.

“No charges were laid in the collision.”