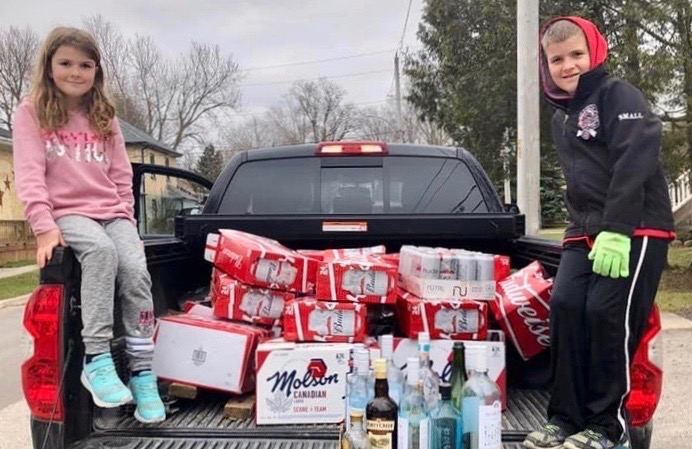 Emma and Boston Small with some of the empties collected during an April 25 fundraising bottle drive benefitting the Palmerston and District Hospital Foundation and the Palmerston Food Bank. Submitted photo

PALMERSTON – A bottle drive organized by some local citizens poured more than $3,500 into the coffers of the local food bank and hospital.

Organized by Judith Vines, Melissa Small and some other residents, the April 25 drive brought in about 25,500 empties, plus a $50 cash donation that put the grand total at $3,534.

Organizers thanked Joan Hamilton for her sorting and counting efforts and Maggie McMillen for counting, sorting and help with organizing.

Pickup trucks and labour were also supplied by Aaron Small and Scott McFadden.

It was “a very overwhelming day to see how our community came together,” organizers state.

“Thank you Palmerston and surrounding areas for your generous donations.”

“I want to extend a great thank you for organizing this event,” said Palmerston Lions Club president Fred Smith.

“I sincerely hope that everyone involved remains well and safe.” 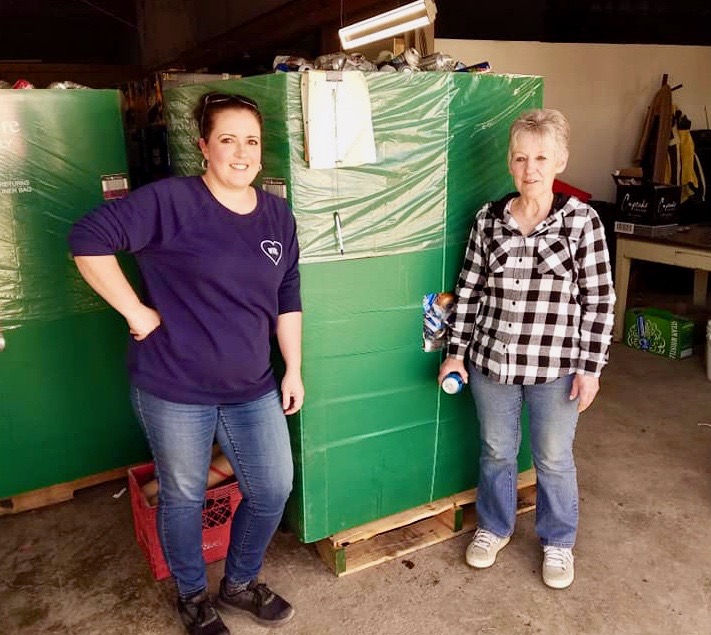