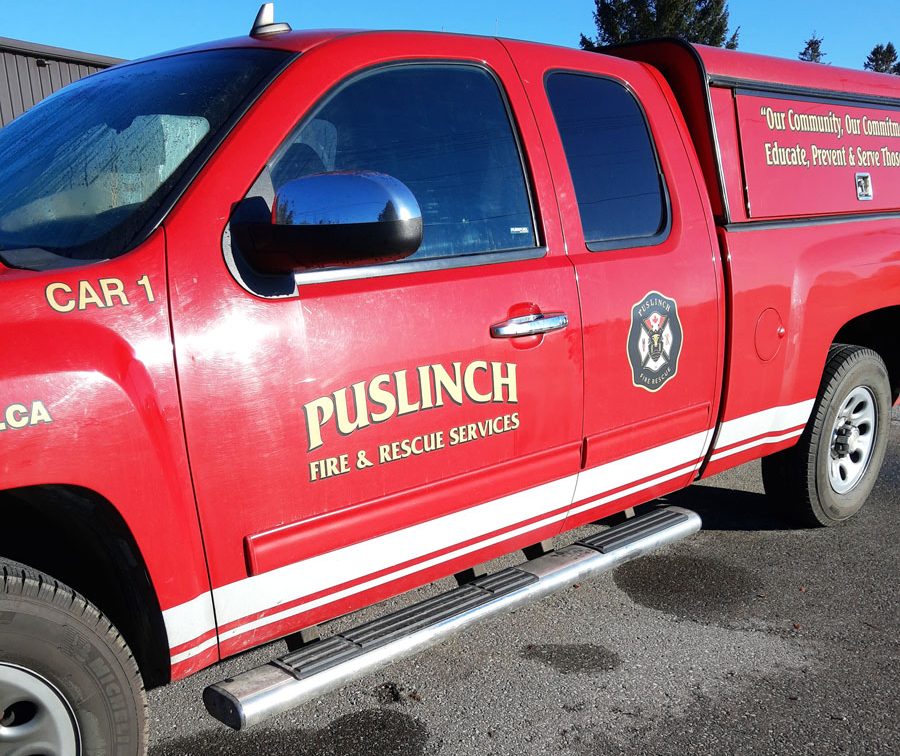 PUSLINCH – A newly constructed garage was destroyed in a fire that started around 11pm on Dec. 15 and saw the Puslinch fire department working into the wee hours of the morning.

Interim fire chief Brad Bigrigg said the fire was to an outbuilding on Darkwood Road on a rural residential property at the intersection of Darkwood and 10th Sideroad near the Puslinch-Milton border.

It also backs onto a Hwy. 401 easement and Bigrigg said some of the original 911 calls were reports of a fire on the highway.

The homeowners were home but didn’t know there was a fire until the son heard banging sounds.

“At first he thought it was a hunter,” Bigrigg said, noting deer hunting season is over. “It sounded like a shotgun.”

Puslinch called on Guelph/Eramosa firefighters for assistance and the two fire departments fought the fire from two sides.

“We used a lot of water in a very short time” Bigrigg said.

He said firefighters went to Mohawk Raceway for water to fill the tankers. Milton Fire Department also sent a tanker.

Firefighters left the scene at around 4am, though some were left on site overnight to ensure there were no flare-ups.

Fire investigators have not yet determined the cause but don’t believe the fire was suspicious.