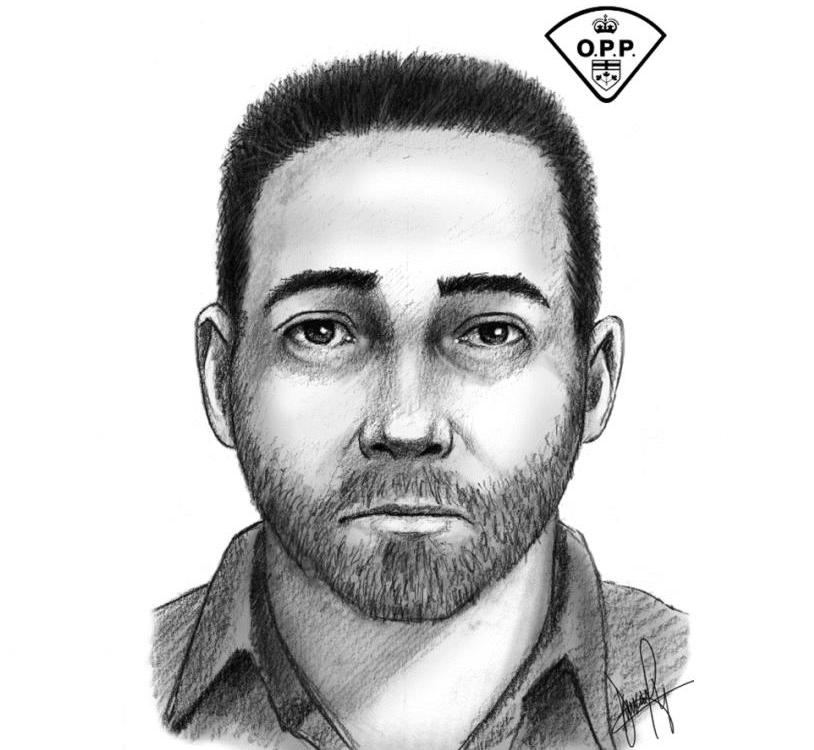 WELLINGTON COUNTY – Police have now released a sketch of a suspect wanted for impersonating a police officer and stopping vehicles.

The sketch, provided to the media on May 9, is of a man police say is wanted in connection with one incident on April 14.

The suspect was pulling over vehicles and asking drivers for proof of their COVID-19 “essential worker” status.

A driver stopped on Wellington Road 18 in Centre Wellington provided the man posing as a police officer with the information requested and the impersonator returned to his vehicle and left the scene.

Police describe the impersonator as a white man, 30 to 40 years old, with short dark hair in a brush cut and some unshaven facial hair.

He was wearing a black long-sleeve shirt and what police describe as “a ballistic vest with the word ‘POLICE’ in yellowish-orange letters across the front, but not the back.”

The suspect vehicle is described as a black four-door sedan, possibly a Ford Fusion or Ford Taurus, with a blue strobe light on the dash and a small aerial antenna on the trunk.

Police say anyone stopped or approached by an officer in plain clothes and driving an unmarked vehicle can ask for the officer’s identification or request a uniformed officer be present.

“The OPP is not conducting random traffic stops to check motorists’ work status during the COVID-19 pandemic, nor are drivers required to prove they are an essential worker to police,” stated acting Wellington County OPP Inspector Paul Richardson in a previous press release.

On April 23 police announced they had charged a Puslinch man with impersonating a police officer, but officials stressed that incident (on April 17) is not related to the April 14 incident.