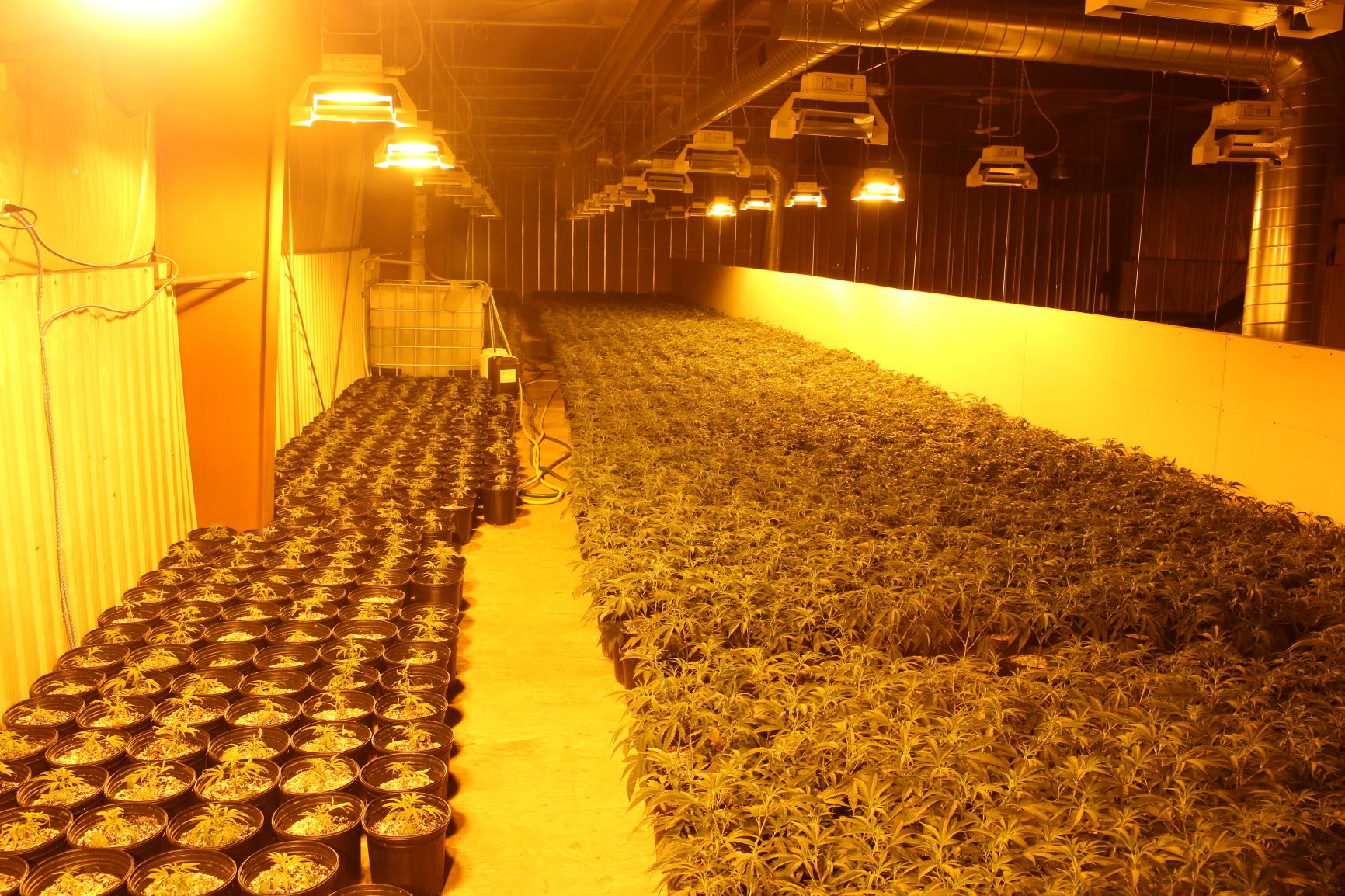 ARTHUR – Four people from the Greater Toronto Area have been charged in connection with an illegal marijuana grow-op discovered here last week.

Police seized over 7,500 marijuana plants valued at over $6 million, along with a “large amount” of Canadian currency, Wellington OPP media staffer Cheri Rockefeller confirmed by phone on June 4.

On June 4, the Advertiser observed a group of OPP officers hastily loading what appeared to be growing equipment and supplies onto a trailer towed by a Wellington County roads department vehicle.

County dump trucks were also seen departing the location with stalks from marijuana plants poking out from one truck’s box.

Wellington County construction manager Joe de Koning later confirmed the OPP had requested assistance from the county without vehicles big enough to transport seized material away from the scene.

On March 22, the building at 10 Wells Street was the subject of a public meeting regarding a proposal from CCR Holdings to rezone the 5.14 acre (2.08 ha) property to permit indoor cannabis cultivation and a processing facility.

The proposal generated objections from neighbouring property owners about potential odour and water usage from the operation.

Wellington North council requested more information be provided before they would consider moving ahead with the application.

On May 31, in response to a complaint, staff from Wellington North’s fire, building and bylaw departments visited the site and were given access to inspect the building. None of the township officials contacted for this story would say where the complaint originated.

Staff found marijuana plants being grown on two storeys inside of the building, which had been drastically modified to accommodate growing space, with an interior partition wall, a mezzanine and several new HVAC units — all in contravention of building codes requiring a permit for construction.

“The mezzanine is quite extensive,” township building official Brian Corley said by phone, adding,  “We were surprised by the amount of construction that was in there, for sure.”

Orders for building and fire code violations were issued by township officials to the building owner – listed as Woodbridge-based “CCR Holdings Wells St Inc” – requiring the building to be brought up to code by July 2.

Another township official said there’s an ongoing process to determine whether a charge will be laid against the property owner for violating zoning rules — namely using the industrial building for agricultural purposes.

“I’ve started my investigation process, which does involve speaking, reaching out to the property owner,” the official said.

According to the township, there’s a six-month window with inspections under the Planning Act where the township can lay a charge that would summon the offender to court where an outcome, such as fines, would then be determined.

“We did complete a fire inspection on the building and posted our orders against the property on the building as per the requirements of the fire code,” Wellington North Fire Services’ chief Chris Harrow, stated in an email to the Advertiser.

He referred further questions to the OPP.

The OPP refused to answer questions the Advertiser submitted in a June 8 email seeking to confirm and clarify details about the bust, including: how police became aware of the operation, if OPP accompanied township staff on May 31, details concerning the warrant obtained, if any people were found inside the building during the bust, when those charged were released and why, if suspects were previously known to police, how much Canadian currency was seized, what else was seized from the property, if anyone from CCR Holdings was involved, and the court date for those charged.

The Advertiser reached out to CCR Holdings Corporation on June 8 for comment on this story, speaking briefly with someone who identified themself as Alex and confirmed the company owned the Wells Street property, before declining to comment and ending the call.

They are to appear in Guelph court at a later date.