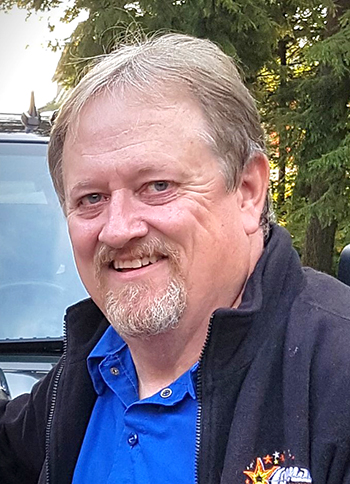 Mr. Steve Woods passed away unexpectedly on Tuesday, February 18, 2020 at the age of 65 years. Beloved husband of Judy (née O’Halloran) for 42 years. Devoted father of Corey (Kate) of Guelph-Eramosa, Mathew of Hamilton and Kyle (Cristin) of Guelph. Loving grandfather of Xander and Eli Woods. Cherished brother of Karen Woods. Survived by his loving brothers and sisters in-law, Marilyn and Jim Mick of Cobden, Mike and Joanne O’Halloran of Pembroke, Myrna O’Halloran of Pembroke, Ronnie and Betty O’Halloran of Pembroke, Carol-Ann and Zane Yee of Edmonton, Lorraine Sorenson of Edmonton and David O’Halloran of Surrey, British Columbia, and Janet O’Halloran of Ottawa. Steve will be truly missed by his Aunt Hazel Chapman of Guelph, Aunt Glennise and Uncle Harold Ladd of Fergus, Uncle Glenn Hurd of Fergus and many cousins, nieces, nephews, extended family and friends. Predeceased by his parents Conn and Casie (née Hurd) Woods, by his brothers-in-law Lornie O’Halloran and Glen O’Halloran and by his sister-in law Linda Lairar. Resting at the Gilbert MacIntyre and Son Funeral Home, Dublin Chapel, 252 Dublin Street, North, Guelph, where the family received friends on Sunday, February 23 and Monday, February 24, 2020. The funeral service was held in the chapel on Monday at 12pm. Interment at Woodlawn Memorial Park, Guelph. If so desired, memorial donations to the Canadian Mental Health Association-Waterloo Wellington would be appreciated by the family. Online donations and condolences can be made at www.gilbertmacintyreandson.com.