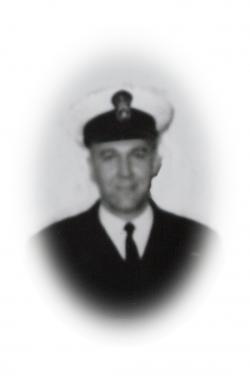 The family of Frank Wooder is saddened to announce his passing at the Prince County Hospital, Summerside, PEI. Born in Toronto, ON, on July 31, 1930 to parents Agnes and Frank Wooder of Erin, ON. Frank is survived by his devoted and loving wife of 67 years, Joan (nee Keddy); brother-in-law Carl Keddy (Marlene) of Toronto, ON; daughters Anne (Jeff MacLeod) of Fredericton, NB; Kimberley (John MacCuspie) of North Vancouver, BC; and son Jim (Tanya Andrews) of Albert Bridge, NS. Frank was a proud “Grank” to his three grandchildren Emily MacLeod, Connor MacCuspie, and Chapin MacCuspie. In addition to numerous nieces, nephews, grand-nieces and grand-nephews; he also leaves behind a loved sister, Helen Smart of Mt. Forest, ON; and special friends Sandra and Fraser Caunt of Rawhay, New Jersey; Leslie McLean (Scott McCain) of Toronto, ON; and Mike Bertrand (Charlyn) of Winnipeg, MN. Frank was proud of his long career in the Canadian Military. He enlisted in the Canadian Navy in 1950 in Hamilton, Ontario. After basic training at Cornwallis, Nova Scotia, he was stationed to CFB Shearwater where he met his wife Joan. He earned a reputation as a skilled and reliable navigator, flying various aircraft, including the venerable Grumman Tracker and Avenger, off aircraft carriers including the HMCS Bonaventure, the HMCS Magnificent and the USS Valley Forge. Frank was selected for a three year posting to the US Naval Base in Norfolk, Virginia in 1955 for training on a new navigation system which he subsequently instructed on at the Officer’s Training School at CFB Shearwater. In 1967 after accumulating approximately 2,000 flying hours, Frank left the Navy and remustered to the Canadian Air Force, as an air traffic controller, in order to spend more time at home with his family. In his heart, however, he never quite left the Navy. He again distinguished himself in the Airforce as a competent and composed controller, first at CFB Moose Jaw and ultimately ending up as the Chief Controller at CFB Summerside where he was responsible (among other things) for facilitating the integration of female air traffic controllers to the Tower before eventually helping to turn out the lights when the base closed. Frank also spent four years controlling aircraft at CFB Baden, Germany. While there, he and Joan took advantage of the many travel opportunities and Frank became an aficionado and would be expert on German wines. Frank was a voracious reader of non-fiction, and an articulate and sometimes acerbic writer. His letters to the editor were a source of entertainment for many, and a source of controversy for others, outcomes that he relished. Frank always enjoyed a lively political debate and took a keen interest in all levels of politics. His knowledge of military history was impressive. He passed his love of reading on to all three of his children and maintained an eclectic and expansive library in his home. In addition to his love of reading, Frank was a devoted fan of classical music, and a skilled dancer. One of his proudest accomplishments was that, at age 75, he attained his black belt in Karate. The family would like to express their sincere thanks to the nursing staff of Unit 1, at the Queen Elizabeth Hospital in Charlottetown, and to surgeon Dr. Steve Miller, the caring and compassionate nurses on the Medical Ward at Prince County Hospital, all who go above and beyond every day, and to Dr. Jonathan Sharpe who made the time to keep family informed in these very trying times. Additionally, the family thanks Reverend Paul Wilkie at the Prince County Hospital for his support and interventions. In light of the current covid pandemic, the final arrangements will be private. A celebration of Frank’s life will be held at a later date. Until then, we trust that his old navy pals will find him ‘In The Delta’. Arrangements entrusted to Moase Funeral Home, Summerside. Those who wish to remember Frank may donate to their local Salvation Army or a charity of their choice.