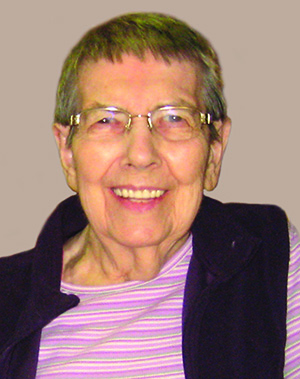 Peacefully at Strathcona Long Term Care on Friday, September 18th, 2020 in her 91st year. Beloved wife of the late Elmer Witherow (2008). Loving mother of Barry Witherow and wife Joanne of Durham, Gwynne Smith and husband Gary of Mount Forest, Bruce Witherow and wife Debbie of Mount Forest, Ian Witherow and wife Phyllis of Durham, and Blaine Witherow and wife Rachel of Saskatchewan. Loving grandmother of 14 grandchildren and 16 great-grandchildren. Dear sister of Annabelle Davies (late Robert), and sister-in-law of Marie Nelson (late Ray), Marguerite Williamson (late Laverne), and Shirley Witherow (late Robert), all of Mount Forest. Yvonne is survived by many nieces and nephews, extended family and friends. Predeceased by her siblings: Hazel Carmount (Gordon), Nevada Holliday-Harris (Lorne, Ross), Lloyd Christie (Beatrice), and Vernon Christie (Evelyn). Yvonne’s main passions were her family and her faith. She was the Secretary at Normanby Central School for 30 years. Visitation was held at the England Funeral Home, Mount Forest, on Monday, September 21st from 4:00 – 7:00pm. A private funeral service was held with interment at Mount Forest Cemetery. Those wishing to make a donation in memory of Yvonne are asked to consider the Northern Canada Evangelical Mission or charity of your choice. Online condolences may be made at www.englandfuneralhome.com