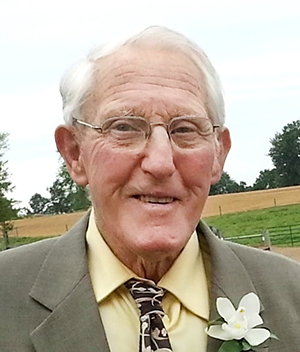 Gerrit ‘Jerry’ Martinus TenHoopen of Harriston passed away at his home on Saturday, April 10, 2021 in his 86th year. Beloved husband of the late Jannie (Hobelman) TenHoopen. Father of Janice TenHoopen of Listowel, Gerry TenHoopen of Harriston, and Joanne and Marcel Proulx of Kapuskasing, and father-in-law of Maureen TenHoopen. Remembered by his grandchildren Justin Geissbuhler, Jeremy TenHoopen, Eric and Karina Proulx, Jocelyn Proulx, Leah TenHoopen, and Jesse and Jamie Crew, by his great-grandchildren Ethan Proulx, Vivian Crew, and Riley Proulx, and by his many nieces and nephews in Canada and Holland. Brother-in-law of Tinie and Gerry Luesink, Ben Luesink, Annie Hobelman, and Sharon Hobelman. Predeceased by his great-grandchild Ryder Crew, his brother Henk TenHoopen and wife Willemien of Holland, sister-in-law Riek Luesink, and by his brothers-in-law Gerry Hobelman and John Hobelman. Many years were spent working at construction and on his hobby farm with family, faith, friends, and his horses being his focus. A family funeral service was held at Hardy-Lee Funeral Home, Harriston on Tuesday, April 13, 2021 at 2:00pm, Rev. Daniel DeVries officiated. Interment in Harriston Cemetery. Memorial donations to the Alzheimer Society would be appreciated. Online condolences may be left at www.hardyleefuneralhome.com