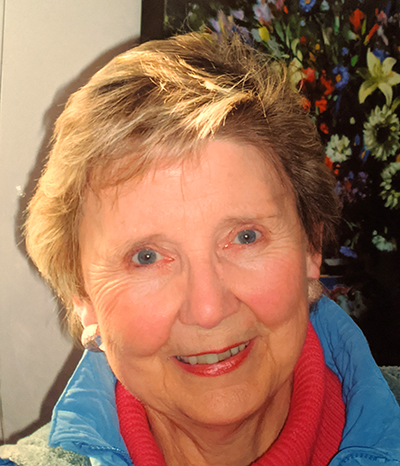 Margaret Taylor, of Dartmouth. With gratitude and boundless love, Margaret ended life’s journey peacefully, on March 19, 2020. Born May 4, 1931, she was raised in Newcastle upon Tyne, UK. Soon after marrying, Margaret lived for four years with her young family in Zambia, then emigrated to Canada in 1960, living in Oyster Pond until 1982, when she moved to Fergus, Ont. In 2012, Margaret returned to Nova Scotia, taking up residence, shortly afterwards, in Parkland at the Lakes, where she remained until her passing. Margaret’s life was defined by her love and passion for music, any connection to nature, and family. A pianist, piano teacher, friend and mentor to many, her love of music lives on, by all who knew her. Margaret was predeceased by her beloved daughter, Lynn in 1993; brother, Sidney; and former husband, Peter Taylor. She is survived by children, Karen Mitchell, Halifax; Robyn Taylor (David Conrad), Three Fathom Harbour; Mark Taylor (Cindy Zorn), Surrey, B.C.; sons-in-law, Tom Mitchell, Scott Marshall, both of Ontario and David Leedham, Alberta; eight grandchildren; three great-grandchildren and brother, Paul Hindmarsh, United Kingdom. Our heartfelt appreciation to the staff at Alderney Lane, Parkland at the Lakes, for their compassion, affection and respect given to Mum. Cremation has taken place. We will celebrate Margaret’s life in the summer, when we can once again, walk in the sun, hear the ocean and continue to embrace her spirit. In memory of Margaret, donations can be made to Hope for Wildlife, any animal rescue organization or The Salvation Army.

“Be kind to one another”.