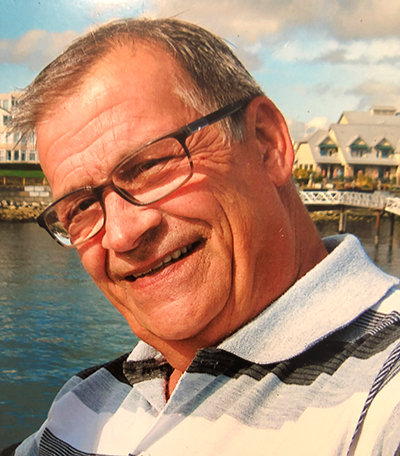 It is with heavy hearts that we share the news of Bill passing away suddenly at the Royal Jubilee Hospital in Victoria, BC on June 29th, 2021 at the age of 69. Bill and his loving spouse Corinne (Mitchell) had shared 47 years together and were excitedly preparing for the wedding of their daughter Kerri Sheridan to Edward Petro. He is survived by his loving siblings, Mike and Coreen Conroy, John and Jacqueline Sheridan, Mark Sheridan, Mary and John Earle and sister-in-law Joyce Conroy. Predeceased by his parents William (Jack) and Rita Sheridan, his brother Terry (TC) Conroy, father-in law Everon Mitchell, mother-in-law Annie Mitchell, sister-in-law Susan Sheridan, sister-in-law Carol Hammond and brother-in law Don Hammond. Uncle Silly Billy will be missed by all of his nieces and nephews and he will miss knowing what was going on in their lives. He had been a former resident of Elora, Fergus, Alma, Guelph and Summerside, PEI. Bill and Corinne moved to Victoria, BC in fall of 2018. Together they were exploring this new region, happily enjoying the wonderful weather, stunning vistas, beautiful foliage and living close to their daughter. Bill was a former player for the Elora Rocks hockey club, Elora Mohawks lacrosse team and several area softball and fastball teams in the 70’s. Bill’s love for sports also led him to participate at many levels. He served as an executive for the Rocks, refereed and umpired many minor sports as well as wrote game reports on area teams for the local newspapers.