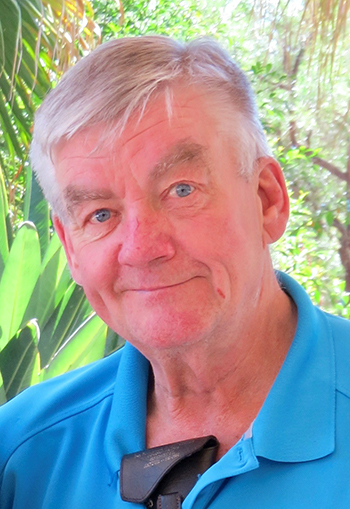 of Arthur passed away peacefully at the St. Mary’s General Hospital on Saturday, July 25, 2020 in his 72nd year. Beloved husband of Brenda (Dyce) Rooney for 52 years. Dear father of John and Nancy Rooney of Arthur, Lynn and Paul Smith of Arthur and Doug and Tammy Rooney of Arthur. Papa of Haley, Josey, Joelle, Wyatt, Isla and Isobel. Brother of Wayne and Bonnie Rooney of Arthur. Brother-in-law of Donna Scott and Roy Sutton, Bill and Barb Dyce, Judy Dyce, Jim Dyce, Andy Dyce, Pattie Dyce, Donna Dyce, Audrey and Walter Peacock, Lindsay Dyce, Lynn and Rob Schmidt, John Dyce, Penny Dyce and Anna and Dave Langdon. Fondly remembered by his many nieces, nephews and friends. Predeceased by his parents Bert and Wilma Rooney, brothers Jack and Bob Rooney, brothers-in-law and sisters-in-law Edwin Scott, Charlie Dyce, Kathy Dyce, Roy Dyce and Elsie and Earl Scrarrow. Ron’s love for his wife and children was only overshadowed by his love for his six grandchildren. Ron also had a never-ending love for his parents and brothers. At a young age, Ron along with his brothers took over Arthur Chrysler from their parents. For over 45 years Ron continued to build upon the successful family car dealership his parents had established. An avid sports fan, Ron stood by his Leafs, Ticats and Cardinals through good times and bad. Ron was a protective teammate and made many lifelong friendships while playing broomball and baseball with the Arthur Rang-A-Tangs. Ron’s caring for the youth and his hometown pride led to many years of service as a proud member of the Arthur Optimist Club. The family will receive friends at the Crawford Funeral Chapel, Arthur on Wednesday, July 29, 2020 and on Thursday July 30, 2020. Please visit the Funeral Home Website at www.heritagefuneralhomes.ca to schedule a time to attend the visitation. Due to Provincial Restrictions there will be a limited number of people allowed in the Funeral Home, Social Distancing must be respected and Masks are required. A private Family Service will be held followed by interment in Greenfield Cemetery, Arthur. A public Celebration of Life will be held at a later date and will be announced at that time. As expressions of sympathy donations to the Arthur Optimist Club or the Gordonville Presbyterian Church would be appreciated by the family.