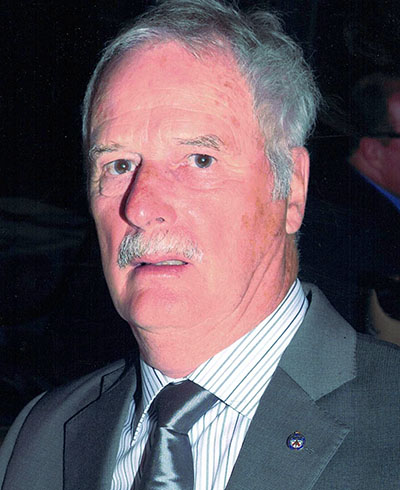 Sadly lost his battle with cancer on Saturday December 28th in his 77th year while he was surrounded by his family. Alan will be greatly missed by his loving wife of 55 years Ruth Neath and her two sons Christopher (Christine) and Ian (Sarah) and his six grandchildren Zachary, Alannah, Logan, Haley, Danielle, and Ben. He will also be missed by his brother Len (Lorry) and his sister Dianne and his beloved nieces and nephews. Alan was predeceased by his parents George and Jeanne Neath and his Mother and Father-in-law Lil and Vic Martin. Alan was born and raised in the Toronto area. As an adult he was employed with the Metro Toronto Police, then moved on to work with the Provincial Government. After he retired he went on to work at Highland Pines and Pine Meadows. He was also very active with the Air Cadets in Shelburne and the Scouts for many years. He had a passion for flying, yard-work, and refinishing furniture. His biggest passion was for his family and friends. He will be greatly missed by all who knew him. A Celebration of Life will be held on Saturday, January 11th, 2020 at The Royal Canadian Legion, Branch 275, 500 Blair St., Fergus from 12:00 to 2:00pm. A reception will occur immediately after the Celebration of Life. Donations in Alan’s memory may be made to the Canadian Cancer Society or the Alzheimer’s Society.