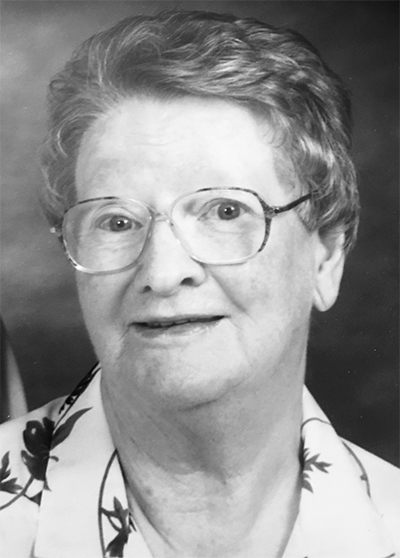 Peggy left us on April 19, 2021 in her 99th year to be with her beloved “Stuie,” (Stuart Jack) who passed away February 17, 2001. She leaves behind her five daughters: Ariel Rogers (Scott Cameron Smith), Mary Andrew (Jeff), Margaret Wees (late Terry), Carol Cameron (Alvin “Nick”) and Valarie Whitton (David). And “Nana Peggy” very much treasured her 15 grandchildren, and then 19 great-grandchildren, a number of whom remember her as a “cut-throat Cribbage player!” Peggy is also mourned by her remaining sister, Judith Green (Keith) residing in England. Their three siblings Jack Snyder, Jean Blamey and Micky Snyder predeceased the sisters. Judith has a lot of happy memories shared with Peggy beginning in childhood, to having many visits back and forth over the years. “And now for a little history,” as Stu used to say! ~ In 1929, Peggy with her mother Molly, father Johnny and two siblings, emigrated to England from a tiny hamlet in Saskatchewan. Growing up in England, she attended Boarding School, was active in many scholastic and sports-oriented activities. By the time her adopted country was embroiled in World War II, she was one of many young women in the work force. Peggy’s father invited a young soldier to dinner in November 1942. “Red” McEwen was the nephew of an Army buddy Johnny had served with in WW1. Peggy and Red (who became Stuie as the years stole his shock of bright auburn hair!) were instantly attracted to one another, particularly when they discovered they had the same October 25th birthday! In true war-time fashion, they were married the following May 1st. – mock orange blossoms, village church, perfect wedding with family and military friends in attendance on a singularly gorgeous day. Shortly thereafter, the love of her life shipped out with his battalion, to places unknown in the European theatre of war. “Red” did have regular leave, however, during the rest of the war! In the next three years Peggy gave birth to three little girls, a single and a set of twins. She was a very busy lady! In July, 1946 she returned to Canada with her children, along with 700 other wives and children of service men, on the S.S. Letitia, a de-commissioned troop ship. They disembarked at Pier 21 in Halifax, then took the train to Union Station in Toronto. Stuie had come home a few months earlier to sort out details – like finding a job and a house to live in! Peggy eventually became a member of an elite group of women called the Overseas War Brides, all of whom had at least one baby or toddler, making her feel more at home, as she settled in and produced two more daughters! Peggy and Stu made their homes in Drayton, Palmerston, Hamilton, Sauble Beach, Dundas and Perth amid many adventures, some of which centred around their beloved cottage, “Seba Lodge.” Wherever she lived, she was always involved in the community – volunteering with the Ambulance Service in war time, President of the Home and School Association in Palmerston, singing in St. Paul’s choir, starting up a pre-kindergarten story time at the Library in Sauble Beach, collecting funds for the Canadian Arthritis Society in Dundas, to mention only a few. And she was always on the lookout for a good solid game of Bridge, wherever she lived! She had a long life and a lot of stories, many of which she had recorded in her journals over the years. After her Stuie died, Mom continued to live in Perth at Carolina Retirement Residence until moving to Carleton Lodge south of Ottawa. She was cared for and appreciated by an incredible group of people in both residences. We especially wish to thank Gerry, Marisa, Ralph, Yvon and Dr.Vasquez. A Celebration of Life for Peggy with family and friends will be held at a later date. Tributes, condolences or donations may be made at www.tubmanfuneralhomes.com