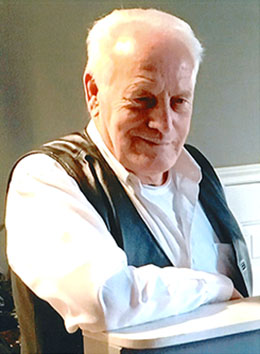 It is with great sadness that we announce the passing of John “Jack” Robert Lockhart on September 18, 2022 at the age of 75. Jack is survived by the love of his life and best friend of 54 years, Donna (nee Gollinger). He was the proud father of his sons, Rob (Julie) and Dan (Kelly), and his daughter, Cathy (Dave) Cryderman. His grandchildren, Madison, Mackenzie, Emma, Madi, Sarah (Brandon), Kelsey, Logan, Brittany (Jeremy) and Alyssa, were the light of his life. He was the loving great grandfather of Daniel, Nevaeh, Sophia, Noah, and Finn. Predeceased by his parents Bill and Alice, brother Don, father-in-law George Gollinger, and sister-in-law Cathy. Brother to Marie (Lyle D) Kenwell, Dorothy (Ron D) Birkwood, Murry (Ellen), Don (Lynn), Connie (Al) Montague, and Doug (Janet). Son-in-law to Irene Gollinger. Brother-in-law to Doug, JoAnne, Vicky, Jim (Deb), Sally, and Terry. Jack will also be remembered by his many nieces and nephews, as well as his good friends. Jack dedicated his life to working in construction and co-founded D&J Lockhart Excavators in 1990. When he wasn’t working, Jack enjoyed his classic cars and trips to the casino. He enjoyed travelling and had a special love for Arizona. Jack will always be remembered by his kind heart. He loved his family and friends. He was taken from us too soon, but we know that he lived every moment to the fullest during his time here.We would like to extend our deepest gratitude to the staff and volunteers at Hospice Wellington. In lieu of flowers, donations in Jack’s memory can be made to Hospice Wellington. Arrangements entrusted to the Wall-Custance Funeral Home & Chapel 519-822-0051 / www.wallcustance.com. A tree will be planted in memory of John (Jack) Lockhart in the Wall-Custance Memorial Forest.