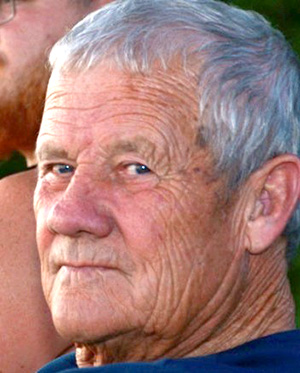 It is with heavy hearts that we announce the peaceful passing of our Beloved, Ted Ironside on April 15, 2021 in his 82 year with his family by his side. Ted is the life long partner of sixty years of Ann and will forever be in our hearts. Cherished father of Lorraine Moir, Donna and Frank Belcastro. He will be deeply missed by his five grandchildren Cassie Norminton, Vanessa Wood (Ben), Alicia Norminton (Rick), Matthew Belcastro, Andrew Norminton (Sarah), and Clare Nelstop as well as his great grandchildren, Eloise, Lincoln, Jovie and Zoe, who knew him as GG. Ted will be lovingly remembered and missed by many extended family members and friends. He made it his life intentions to protect others. Throughout his life he was of service to his country in the British Royal Navy, also as a police officer for 20 years. In his community he was the founding member of the Fergus Highland Rugby club and a long time volunteer with Groves Memorial hospital where he served the youth and those in need. He was the root of protection. He threaded his roots through his daughters and nurtured a lineage of women and young men who grew into protectors themselves. In keeping with his wishes, cremation has taken place. Arrangements are entrusted to Graham A Giddy Funeral Home, Fergus. An Ironwood tree will be planted in honour of Teds’ life signifying his strength. A celebration of Ted’s life will be held at a later date. In lieu of flowers, memorial donations can be received by the Fergus Highland Rugby Club. Cheques can be dropped at the Fergus Clubhouse (160 Albert Street West, Fergus) or etransfer to highlandpayments1@gmail.com