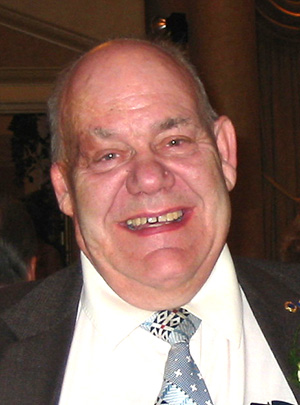 Francis Xaviour ‘Frank’ Hoffele of Listowel, and formerly of Harriston, passed away on Sunday, May 17, 2020, in his 82nd year. Husband of Barbara (Townsend) Hoffele. Father of Bill Hoffele and Donna Hunt of Sauble Beach, Bob Hoffele and Shari Shaw of Brantford, Kitty and Mike Runstedler of Kitchener, Tim and Roxanne Hoffele of Chepstow, and Rick and Carol Hoffele of Toronto. Grandfather of Jason and Anna Marie Hoffele of Fergus, Michelle Hoffele of Waterdown, Tara and Darrell Poworoznyk of Kitchener, Loretta Hoffele of Brantford, Bobbie Lee and JD Ghuman of Eden Prairie, Minnesota, Matthew Runstedler and Cheyenne Griffin of Hamilton, Donny Runstedler and Brittany Manning of Kitchener, Ashley and Dale Burns of Thunder Bay, Sarah Hoffele and Mike Graham of Owen Sound, Robert and Cassie Hoffele of Woodstock, Jamie Hoffele of Mississauga, Scott Hoffele and Brittney Parrot of Barrie, and Victoria Rose Hoffele of Toronto. Great-grandfather of Aiden Sauriol, Lauren Sauriol, Brandon Mustafa, Layla Mustafa, Ella Poworoznyk, Amber Hoffele, Dylan Grady, Alysha Thompson, Damian Burns, Hunter Burns, Lincoln Hoffele, Simran Ghuman, Jusleen Ghuman, Presley Shaw, and Nash Graham. Brother of Charles and Betty Hoffele of Elmira, Johnnie Hoffele of Fergus, and Ina Hoffele of Kitchener, and brother-in-law of Linda Hoffele of Kurtzville, John and Gail Townsend of Comox, BC, Tom Townsend, and Kim Townsend, both of Hamilton. Predeceased by his parents Menno and Loretta (Buhlman) Hoffele, infant sister Genevieve, and brothers Bert Hoffele, and Joseph Hoffele and wife Marilyn. A private family funeral service will be held at the Hardy-Lee Funeral Home, Harriston on Thursday, May 21st at 1:30pm. Doug Bott officiating. A recording of the funeral service will be available on the funeral home website. Interment in Clifford Cemetery. Memorial donations to the Grand River Hospital Cancer Clinic or St. Mary’s General Hospital Cardiac Unit would be appreciated. Online condolences may be left at www.hardyleefuneralhome.com