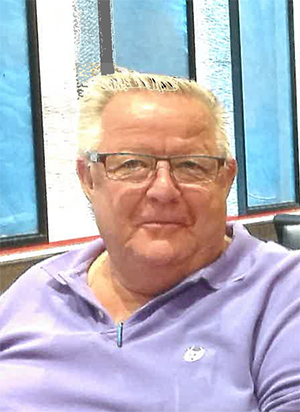 of Rockwood suddenly passed away March 2, 2020 with family by his side at Joseph Brant Hospital in Burlington in his 73rd year. Beloved husband and soulmate of Margaret (Mclaine) for over 50 years, devoted father and sadly missed by his children Tracey (Mike), Russell (Trish), Amy (Mark), Sus (Rich), Chad (Shannon), Shane, Kelly, Billy (Carolyn), Donna (Larry) and Jamie. Cherished grandfather of many many grandchildren and great grandchildren as well as a little bundle on the way. Dear brother of Joyce (the late Jack) Sargent, Ken (Joan), Gary (Debbie), Larry (Kathy), Steven (Carolyn) and brother-in-law of Davey Drexler. Predeceased by his father Russell Hepburn, mother Jessie Thatcher, sister Anne and brothers Wayne and grandson Devon. Donny was truly the “Don” of our family. They were his pride and joy. Donny adopted many as his own. He was a wealth of knowledge, an entrepreneur and you could say a “Jack of all Trades.” His favourite pass times were fishing, nascar and of course we cannot leave out wheeling and dealing! He was a pro at that. He was truly loved by all. Viewing will be held at Wall-Custance Funeral Home & Chapel, 206 Norfolk St., Guelph, on Saturday, March 14 from 1:00 – 4:00pm. Funeral service will be held in the funeral home chapel on Sunday, March 15 at 2:00pm. Reception to follow. Internment to follow in the Spring at Rockwood Cemetery. Memorial contributions to the Kidney foundation, The Heart & Stroke Foundation or the Canadian Diabetes Association would be appreciated.