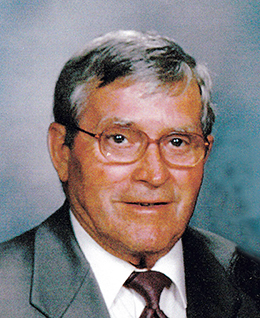 William Ronald Cook of Clifford passed away at Caressant Care, Harriston on Sunday, November 20, 2022 in his 90th year. Ron was the loving husband of Joyce (Henderson) Cook for 36 years. Father of David Cook of Mildmay, Patti and Keith Angst, and Kathy and Gary Douglas, all of Mapleton and Randy Cook of Clifford.  Step-father of Christine and Stuart Yanke of Manitoulin Island, Russell Henderson of Abbotsford, BC, Dennis Henderson of Smiths Falls, Thomas Henderson of New Lowell, and Morton Henderson of Abbotsford, B.C. Grandfather of Eli Cook, Nyle Cook and Donna Dopfer, Jodi MacInnis and Jason Newton, Scott and Erika Walls, Becki and Rob Hamilton, Ian Walls, Blake Angst and Kate Gebhardt, Trisha Angst and Junior Walker, Nathan Douglas and Tammie Simmons, Matt and Ashley Douglas, Megan Douglas, Tyee and Shannon Cook, Salissa Cook, Sage Cook, Crystal and Dean Seifried, Kenny Russell, Patricia Nelson, Shelby Henderson, Garfield and Mandy Henderson, and Brandi and Ryan Sullivan, and great grandfather of 28. Remembered also by Rita and Jim Measures, and Marlene Cluthe. Predeceased by his brother Albert Cook, his parents George and Mona (Wood) Cook, and his daughter-in-law Lynn Henderson. Ron owned and operated Ron Cook Plumbing and Heating in Clifford for over 40 years. He enjoyed playing hockey on teams in Clifford and Harriston, played baseball and coached teams for many years. Being an avid sports fan, you would often find him in front of the television cheering on his favourite teams. Ron belonged to the congregation of Knox United Church, Clifford. He was an active member of the Clifford Rotary Club and was named a Paul Harris Fellow in recognition of his contributions. He loved to entertain with his harmonica, especially in Mission, Texas where he spent the winter months. Ron will be remembered by many for his great sense of humour and his willingness to lend a helping hand. Private family arrangements with interment in Harriston Cemetery have been entrusted to the Hardy-Lee Funeral Home, Harriston. Memorial donations to Palmerston & District Hospital would be appreciated. Online condolences may be left at www.hardyleefuneralhome.com