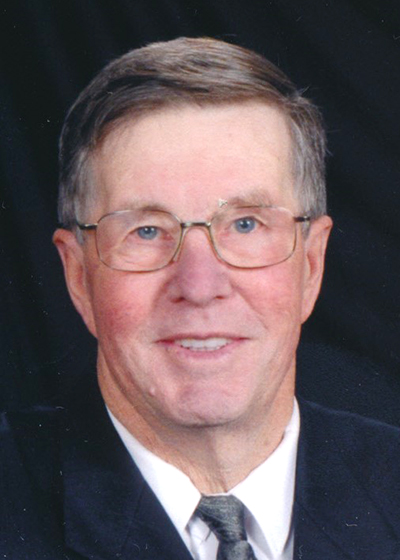 John Ambrose Canning of Palmerston, passed away at Guelph General Hospital on Thursday, April 8, 2021, at the age of 83 years. Husband of Grace (Groombridge) Canning. Father of Janet Cooper of Pickering, Ronald and Shelley Canning of Palmerston, and Michael and Lynne Canning of Drayton. Remembered by his grandchildren Emily Cooper, Travis Canning, Tyler Canning, Christopher Canning, and James Canning, and by his great-granddaughter Aubree. Brother of Edward and Doreen Canning of Keswick. Predeceased by his sisters Anna McGuire and husband Ben, and Marion Furlong and husband Lionel, and by his parents Ambrose and Lillian Canning. Visitation was held at the Hardy-Lee Funeral Home, Harriston on Monday, April 12th from 6:00 to 8:00pm. A Private Family Mass of Christian Burial was celebrated at St. Mary Immaculate Roman Catholic Church, Palmerston, on Tuesday, April 13th at 11:00am. The funeral was recorded and the link available on the funeral home website after the service. We ask you to watch safely from your home. John was born on March 9, 1938 on the family farm in Markham. His family later moved to the farm south of Schomberg. With a young family of his own, we moved to Palmerston in 1970 and spent 30 years on our dairy farm there. In 2000, John and Grace retired to town. Interment in Palmerston Cemetery. Memorial donations to Palmerston Hospital would be appreciated. Online condolences may be left at www.hardyleefuneralhome.com