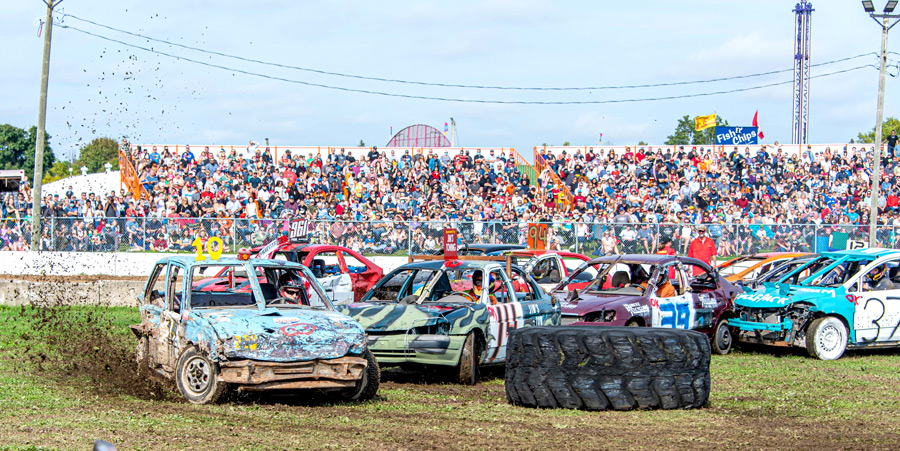 Derby action – Demolition derby competitors clashed in front of a large crowd on Monday at the Erin Fall Fair. Held over the Thanksgiving long weekend, Oct. 8 to 11, it was the first large in-person fair staged in the county since the onset of the COVID-19 pandemic. Hosted by the Erin Agricultural Society, the event included many traditional elements of a fall fair, from homecraft and animal exhibits to tractor pulls and an ambassador competition. Photos by Tristan Clark 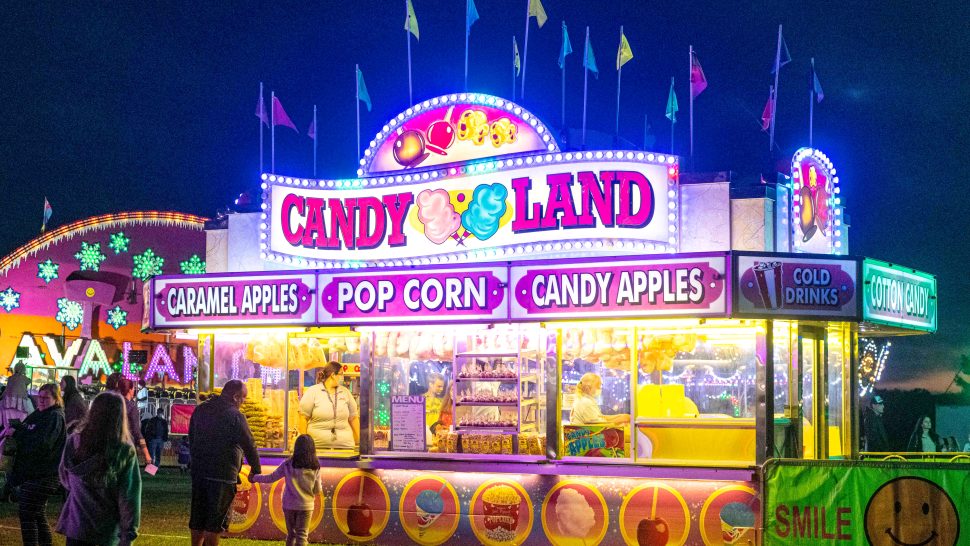 Midway, games of chance, and food were a big draw at the Erin Fall Fair, which was held in person over Thanksgiving weekend. 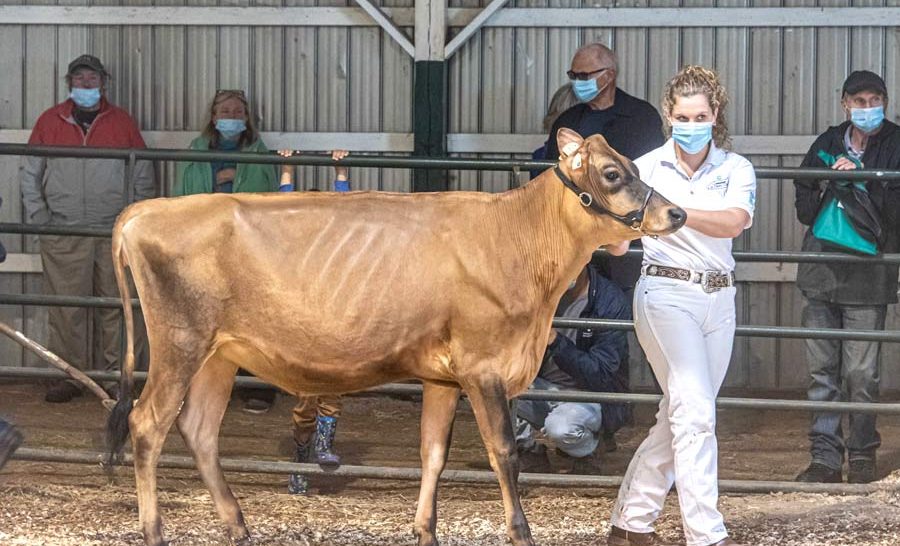 Show time - After a year of nothing, farmers finally got to show off their livestock at the Erin Fall Fair. 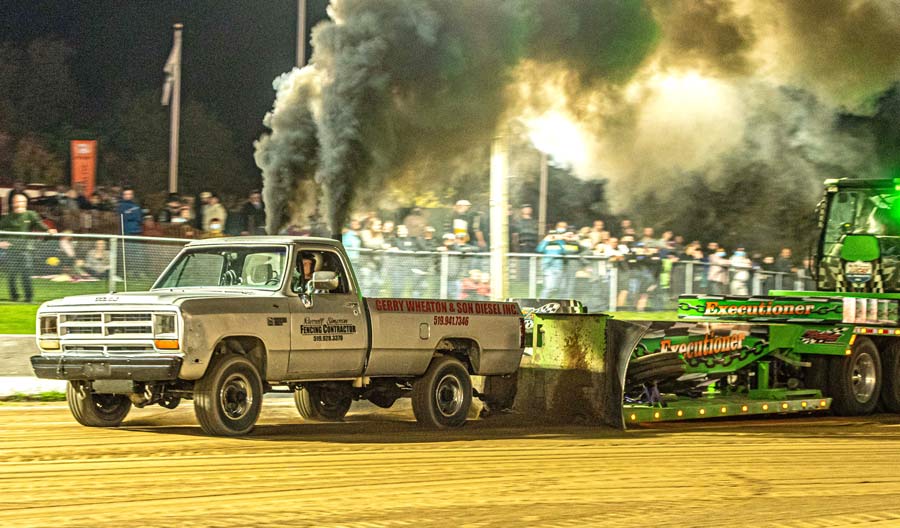 The action was also “smoking” at the truck pull. 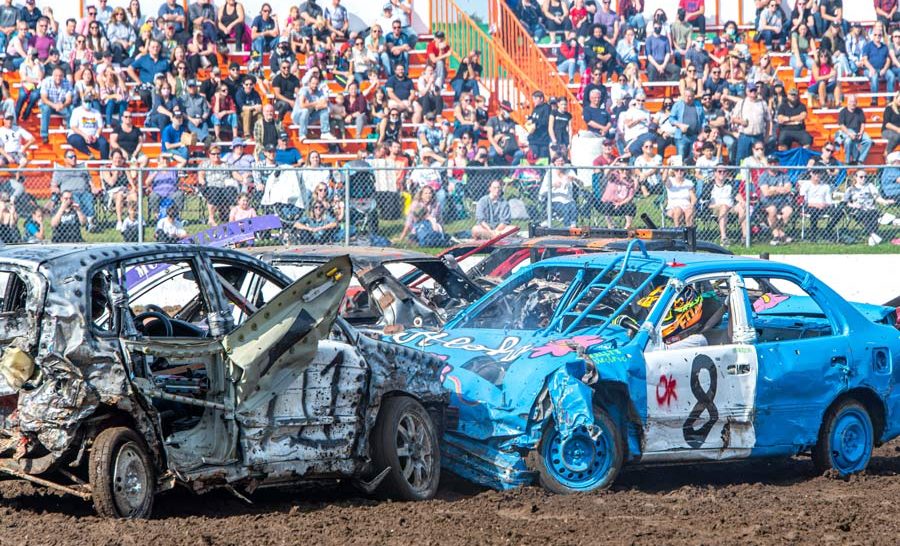 Cars collided in the derby demolition. 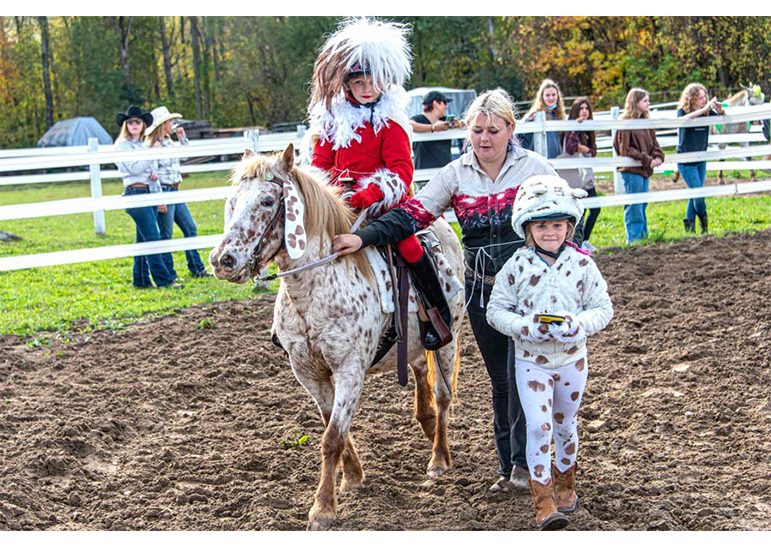 Spotted at the fair - These youngsters were dressed for success at the Erin Fall Fair horse show. 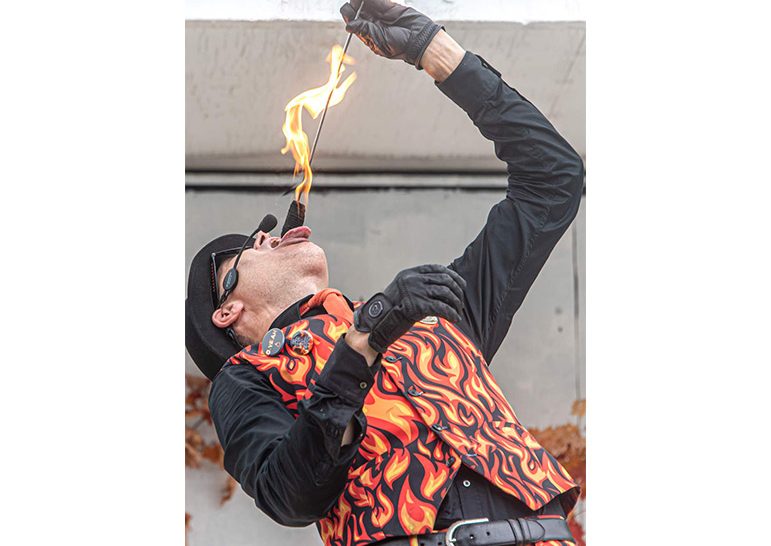 Entertainment - Not all of the entertainers ate fire but the Fire Guy sure did. 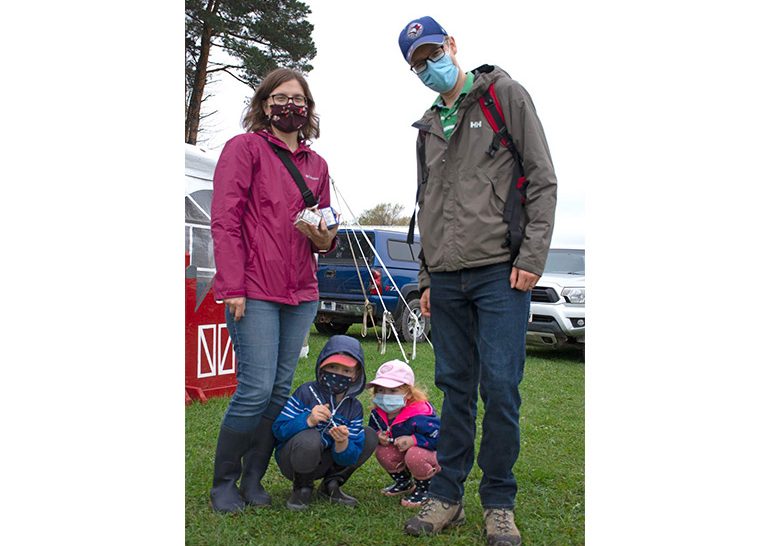 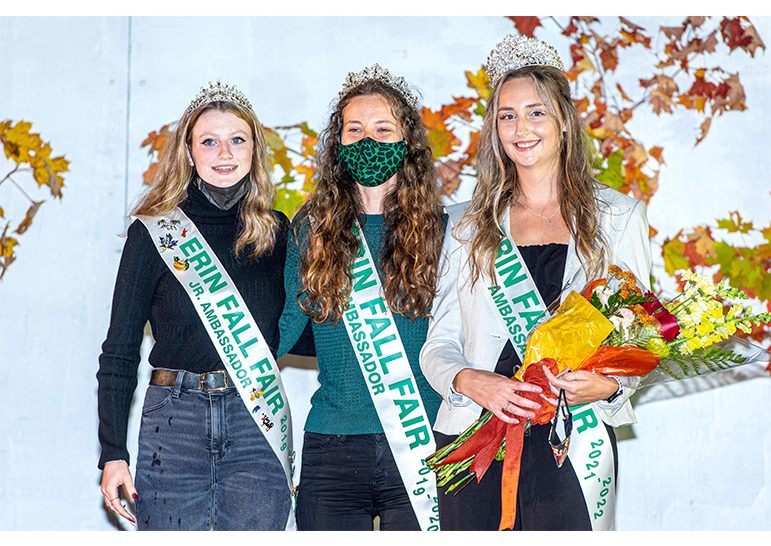 Ambassadors - This year’s Ambassador to the Fair is Lindsay Bodolai, right. She is congratulated by 2019-2021 Jr. Ambassador Makena Reay, left, and Sr. Ambassador Shania Brown.

ERIN – The Erin Agricultural Society held an in-person fall fair over the Thanksgiving long weekend – the first in the region since the pandemic caused them all to be cancelled last year.

Society president Brenda Lothmann said a few Erin Fall Fair events were cancelled on Saturday night because of rain, but things were going smoothly – and most importantly, they were going.

“We were nervous in the summer when we began to make the decision” about holding an in-person event, she said a few hours after the gates opened on Sunday morning and fairgoers steadily arrived.

“Paris went live with masking and social distancing. A few of us went to see how it worked. Lindsay had a fair. They spread theirs out over 10 days. I think there were some out east (eastern Ontario).

“The midway came from there. They only did four fairs this year,” she said.

The committee kept its eyes on case numbers, kept in touch with public health, and finally pulled the trigger.

“Eventually you have to put out money,” Lothmann said, listing tents, entertainment and washrooms among the items that required down payments.

“If it had to then be cancelled, well, that would hurt. But things were looking good. It’s a relief that the worst thing that happened was the rain. At least that’s normal,” she added.

The fair was everything attendees could remember, but slightly pared down.

The apple pies and dumplings normally sold in the craft building were sold by pre-order only, but cookbooks were sold on site.

Live entertainment played on a sheltered stage and while competitions did happen, they too were scaled back.

“It wasn’t the opportunity you would usually go to, but we were happy to provide some competitive events,” Lothmann said. “It’s nice to be able to show your stock to the public and to other farmers.”

The fair also featured a union of the ambassadors to the fair, which celebrated its 50th anniversary this year. Lothmann said the committee put together a commemorative booklet featuring old and current photos and a bit about what the ambassadors have done since their time in the spotlight.

Lothmann noted organizers had a little trouble finding volunteers for the fair this year but managed to get enough hardworking individuals to make things work.

“Everyone is picking up the slack,” she said. “We all want this to be successful.”

And a success it was, with many families making a beeline to the fair’s midway.

“She saw the rides and I think that’s where we’re going next,” said Kevin Kerr, who came to the fair from Georgetown with his wife Andrea and their two kids Liam, 5, and Emilia, 3.

It was Emilia who was lobbying for the rides.

“We were looking for something to do in the fall with the kids,” said Andrea of why they came.

The family had just come out the animal tent, where kids could feed alpacas, hold baby chicks, and get a close-up look at goats, cows and other farm animals.

Ingrid and Jack Burrows brought their two-year-old granddaughter Elsa to the fair and all three were pretty excited in the animal barn – Elsa at the animals and the grandparents at her reaction.

“It’s been such a long time since we’ve done anything like this with her and it’s wonderful,” Ingrid said.

“She lives in Kingston and we live in Guelph and it was really hard during lockdown. Video calls are better than nothing, but nothing beats being together in person.”