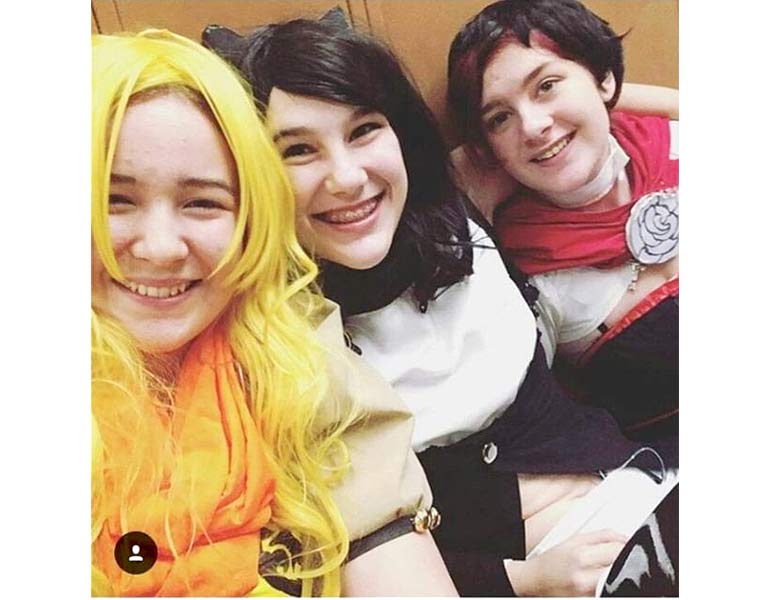 Kathleen Faris with Sierra Martin, left, and Sadie-Lyn Bieman, right, dressed in costumes made by Faris from the television show RWBY.
Submitted photos

HARRISTON – Kathleen Faris, 17, of Harriston, a self- taught seamstress, has been working since the age of 15 to pursue her dreams of becoming a costume designer, while using her talents to assist her friends and her community.

The youth’s love for television shows, such as RWBY, My Hero Academia, and Teen Titans, sparked her interest to begin sewing, a talent that would later become her passion.

“I started sewing because I wanted to make costumes. My mother had bought a sewing machine … and then never used it, so it was in the attic. I’m like I can I use that and then I self taught myself how to sew,” Faris explains. When asked how she was able to teach herself, Kathleen indicates she “bought a pattern. It was a dress with a six panel hi-low skirt.” She simply “decided it would be my first project. And I made it. And I still wear it actually.”

Without this ability, Faris and her friends would not be able to attend conventions for their favourite TV shows. The group needed costumes, so Faris was determined to be able to make them. 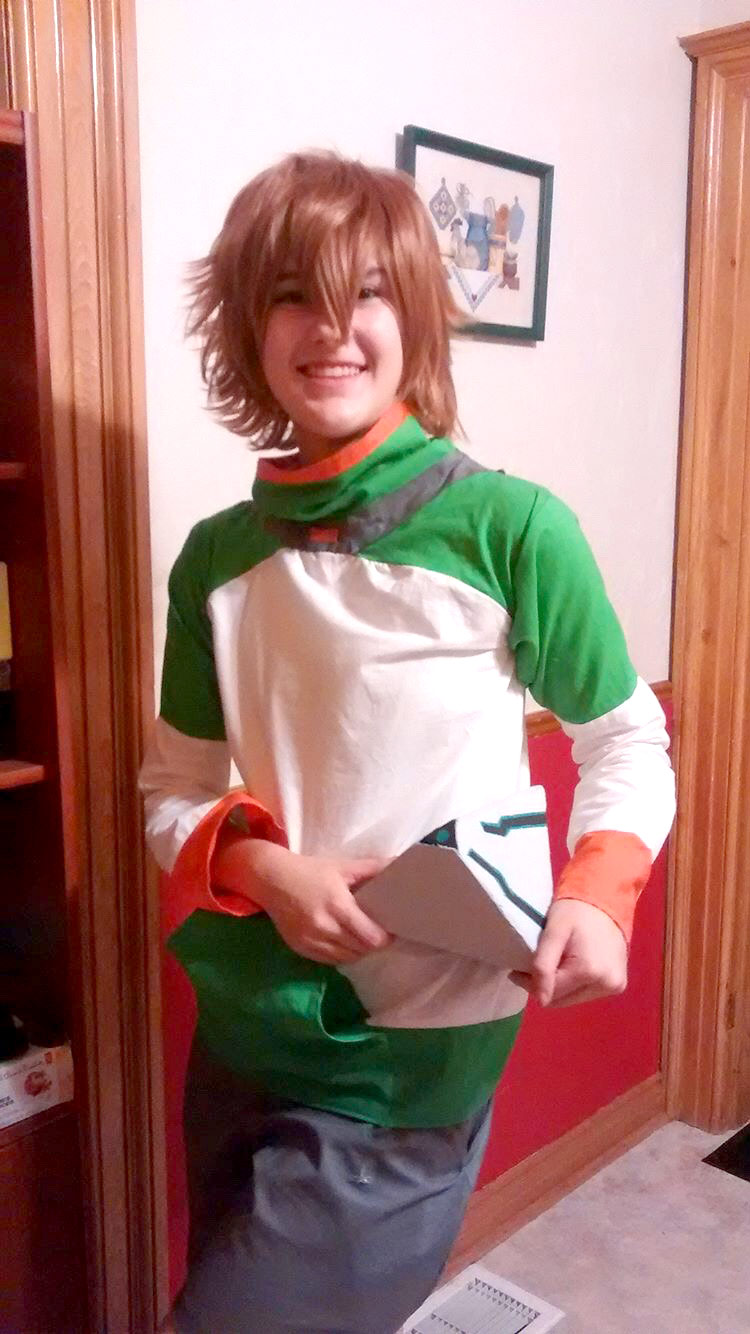 Nice threads – Kathleen Faris of Harriston uses her sewing skills to assist local theatre groups, and to facilitate the cosplay endeavours of herself and her friends. Here Faris is dressed as Pidge from Voltron.

Since then, Faris has extended her talents past her immediate friend group, and into the community. Previously, she has worked with both the Grey Wellington Theatre Guild, and Norwell District Secondary School’s Theatre Norwell, Arts Performance Project (APP), and taken the fashion class. The youth indicates she enjoys “making people smile. Even if it’s just through the costumes, [she] can still help with that.”

The four productions Faris has worked on, including GWTG’s Miracle on 34th Street, and Nothing Happened Here, and well as Theatre Norwell’s Footloose and Mamma Mia has been both rewarding, and brought lots of challenges to the youth.

She’s learned to pay attention to detail, have patience, and “buy more than you need. Always.” On the other end, she laughs and claims, “the organization is awful. I’m learning, but I’m still awful at it.” She states that it’s difficult to keep track of everything, between making all the costumes, remembering who still needs one, and all the alterations that need done.

Faris contrasts her experience on productions with the fashion class she took, stating that the latter “definitely taught [her] to slow down…with costumes, it’s always a rushed job [so she] didn’t realize how well [she] could sew if [she] actually took the time to sew in straight lines, and figure out what [she] was doing first.”

From her hobby, to her connection within the community, and hopefully later a career, sewing has taught the youth so much, and benefitted her in many aspects of her life.

In the future, Faris is excited to become a fashion designer, indicating interest in either the costume design program at Fanshaw college, or the fashion course at St. Clair’s college. “Honestly anything to do with costume design, whether it’s in theatre, in movies, in TV shows, anything, I’m down for.”