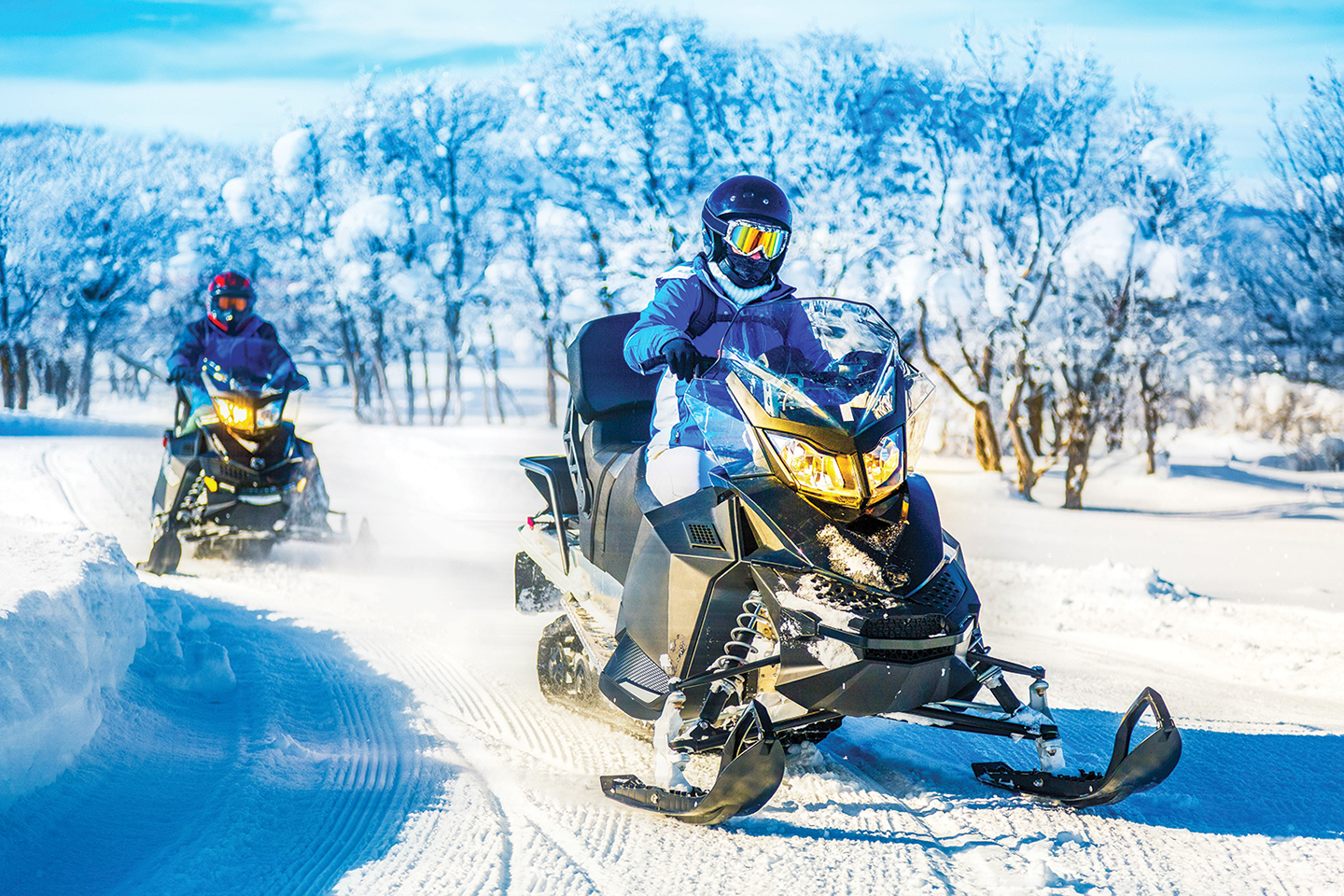 WELLINGTON COUNTY – Despite ongoing discussions, the Grand River Conservation Authority (GRCA) and area snowmobile clubs have not been able to reach an agreement to permit snowmobiling to resume on land owned by the authority.

“Without the licence agreements in place, snowmobiling will not be permitted on GRCA lands during the 2020-2021 season,” the authority stated in a Sept. 10 press release.

If not resolved, the dispute will mean a second straight season snowmobilers won’t have access to GRCA property.

In 2019, an annual licensing agreement between the District 9 branch of the Ontario Federation of Snowmobile Clubs (OFSC) and the GRCA was not renewed after the parties were unable to agree on the insurance and indemnification to be provided by the OFSC.

For many years, snowmobiling had been a permitted recreational activity on specific GRCA properties through licence agreements with area snowmobile clubs:

“These licence agreements outlined the provisions for use of GRCA land and established a small fee,” GRCA officials state.

In September 2019, the GRCA explains, the authority received a request from the District 9 snowmobile clubs to amend some of the clauses in their agreements, which were due for renewal.

“The requested changes to the agreements would have substantially increased the GRCA’s obligations, liability and risk as a private landowner,” authority officials state.

In response, the GRCA advised the District 9 clubs that it was unable to accept the amendments.

“In July 2019, clubs became aware of clauses in GRCA’s land use agreement that could expose them to personal uninsured risk and began reaching out to the conservation authority to discuss changes to the annual agreement,” explained OFSC District 9 manager Karen Buratynski, in a Sept. 11 press release.

In November 2019, GRCA staff was contacted by the OFSC to further consider the requested amendments to the licence agreements with all of the local districts.

Consideration of the requested revisions could not be completed in time for the 2019-20 snowmobile season and the trails were rerouted off of GRCA property.

“Since that time, the GRCA has continued its discussions with a representative of the clubs in order to determine if a mutually agreeable solution could be reached to permit snowmobile use on GRCA properties for the 2020-21 season,” the authority states.

Buratynski stated, “Both sides decided that the partnership was important and agreed to continue to work towards a solution for the 2021 winter season.

“Many meetings took place over the summer between OFSC member clubs, district representatives and GRCA staff.

“Unfortunately, the meetings and discussions were unsuccessful at producing a new agreement.”

At the Aug. 28 GRCA general membership meeting, board members received a report which outlines options that have been explored by both the GRCA and the clubs, including: further review of the revisions requested, a reduced trail network, and the option that the clubs obtain additional insurance coverage.

The GRCA says the additional coverage explored included a package to cover the obligations as stipulated in the original agreements or a package that would respond to incidents involving non-snowmobilers that could be attributable to the action/lack of action undertaken by the clubs, the GRCA states.

“The GRCA remains unable to agree to the clubs’ requested revisions. In order to accept the revisions, the GRCA would need to develop an enhanced risk management program to mitigate the GRCA’s obligations, liability and risk,” officials state.

“This would require additional inspections, signage, equipment and staffing needs, resulting in increased costs to the GRCA.

“Currently, the GRCA does not have the framework, resources or capacity to implement such a program.”

The authority notes the majority of the trails where snowmobiling was permitted under the agreements are multi-use trails located on passive lands.

“These GRCA properties do not generate revenue and are not staffed. Typically, these increased costs would be compensated through increased licence fees,” the release states.

“The snowmobile clubs’ licence fees were minimal and reflective of the GRCA’s risk and obligations under the original agreements. With increased risk, there is also potential for additional increased costs for insurance premiums in the event of a claim or if a claim exceeds coverage.”

Helen Jowett, GRCA chair, stated, “While we would like to reach an agreement with the clubs, we must also consider other factors associated with the changes they have proposed.”

Buratynski said club volunteers were extremely disappointed with the most recent decision from the GRCA.

“It’s heartbreaking that clubs and riders will not have access again for the 2021 snowmobile season,” she stated.

“This is about more than just user fees and risk management programs. This is about the thousands of hours our dedicated volunteers have spent tending to GRCA managed properties over many years.”

She added, “It’s also about the many riders that will not be able to experience the winter beauty of these properties and the small local businesses that will suffer.”

Local snowmobile enthusiast Ryan Deniston of Hillsburgh says the loss of GRCA lands will have a major impact on trail users.

“It’s a huge network of trails that is being closed down and it connects Erin, Hillsburgh, all the way up through Fergus,” said Deniston.

“I believe you can find your way all the way through into Dufferin County and it’s a nice safe areas to snowmobile.

“I know that we have a lot of traffic on the trails up here in the winter historically so it’s definitely affecting tourism as well.”

Deniston questions why the clubs should be responsible for non-snowmobilers using the trails.

“If that’s what they’re worried about, what about the summer time and people who use horses on the trails? Say I slipped on manure and broke my leg or something, you are kind of talking about the same scenario,” he said.

“It seems like they’re worry about … a very slim chance of something happening.”

Buratynski pointed out that well over $200,000 worth of snowmobile permit money and club fundraising dollars have been spent over the years to upgrade infrastructure (bridges, culverts, damns), complete brushing projects and renovate/improve out buildings on GRCA managed properties.

The local clubs have been researching potential reroutes around the GRCA-managed property all summer in the event that a suitable agreement could not be reached.

Buratynski said these plans will now start to be implemented and volunteers are confident that although GRCA lands cannot be used, trail connectivity will continue.

“The clubs and districts are committed to continue discussions with the GRCA in an attempt partner with them again in the future,” she stated in the release.

The GRCA states it would consider permitting a reduced trail network if the clubs were to consider modifications to their requested revisions and obtain additional insurance.

A review of the licence fees may also be required, the authority notes.

Buratynksi told the Advertiser the issue is more than a question of additional insurance premiums or licence fees.

“From an OFSC perspective, it’s really, honestly, highly unlikely that any insurer would accept any policy for us based on risks that we can’t control,” she said.