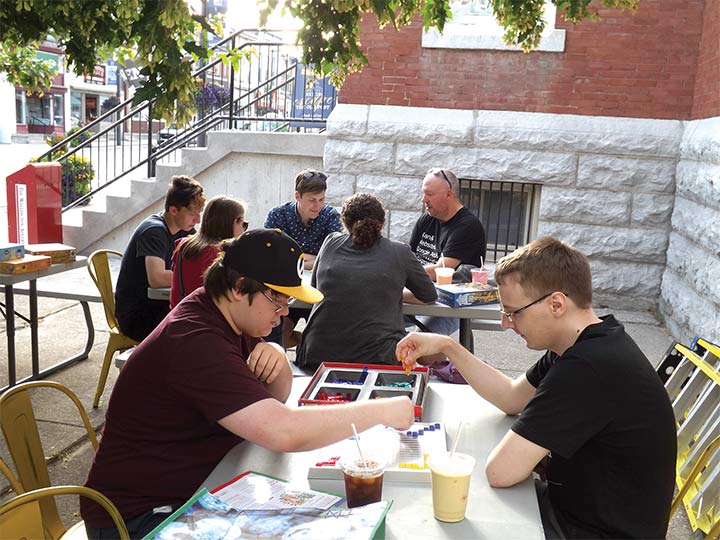 Harriston Rising - A new promotional program, #harristonrising is making things happen in Harriston’s downtown. A recent board game night in The Old Post courtyard is among activities aimed at drawing people downtown.
Photos by Patrick Raftis

HARRISTON – A new promotional campaign has the local downtown on the rise.

“It started with a group of businesses who thought. ‘We can get more people to spend more time downtown because it’s a really cool place to be,’” said Hall.

The program involves organizing activities, creating comfortable areas and enhancing the downtown with wall murals and other eye-catching decorations, including lighted trees and colourful versions of the program logo painted on sidewalks and driveways in the core. 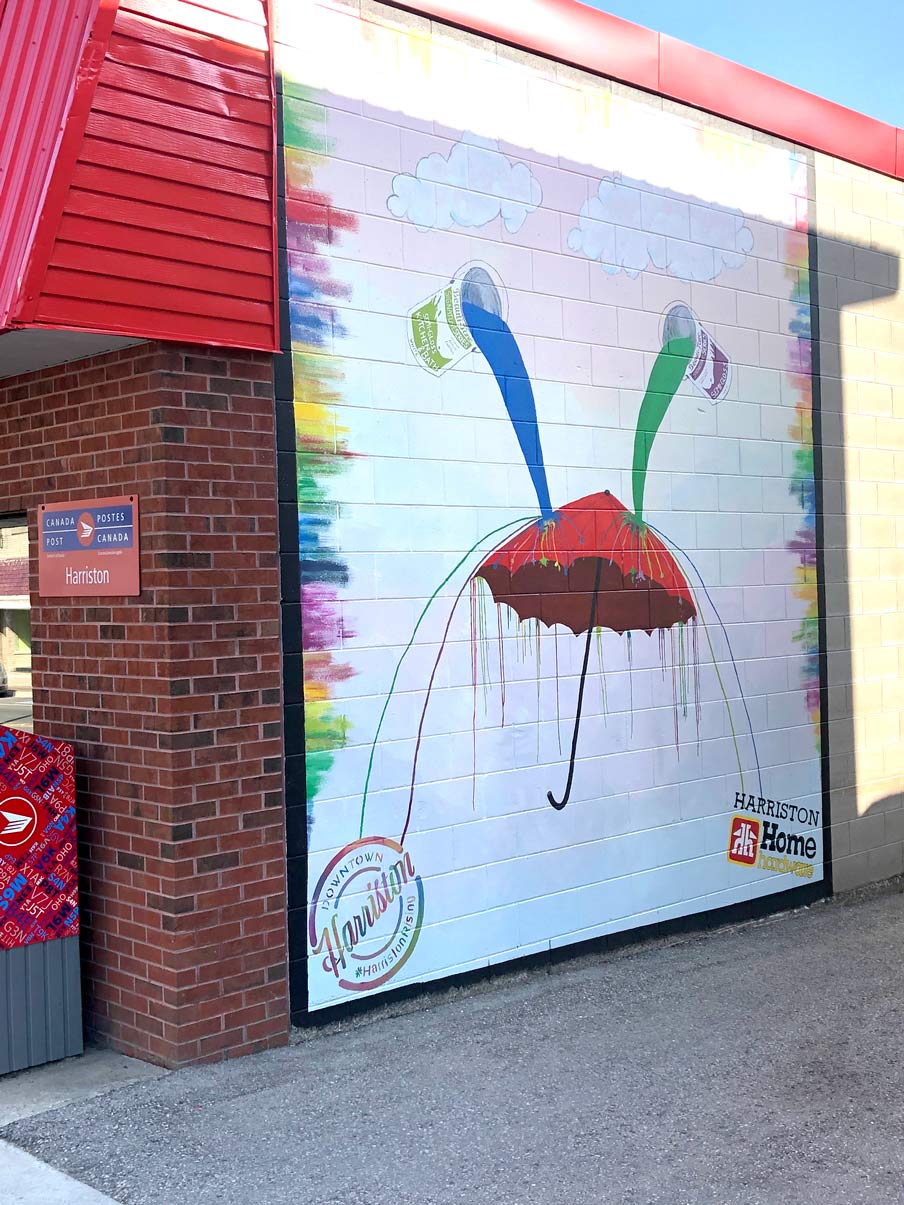 A new mural featuring the program logo on the Harriston Home Hardware building.

“This is an exciting program. Every time I go to downtown Harriston there’s something new happening,” said Mayor George Bridge.

Hall replied, “Actually, the most exciting part is how many people we have involved,” noting about 25 people attended the fledgling group’s previous meeting.

“We really have the downtown core, from a business standpoint, engaged, and there’s a lot of community groups as well to help get us going,” Hall added.

“We are basically the downtown revitalization committee, but we’ve re-coined ourselves as Harriston Rising.” 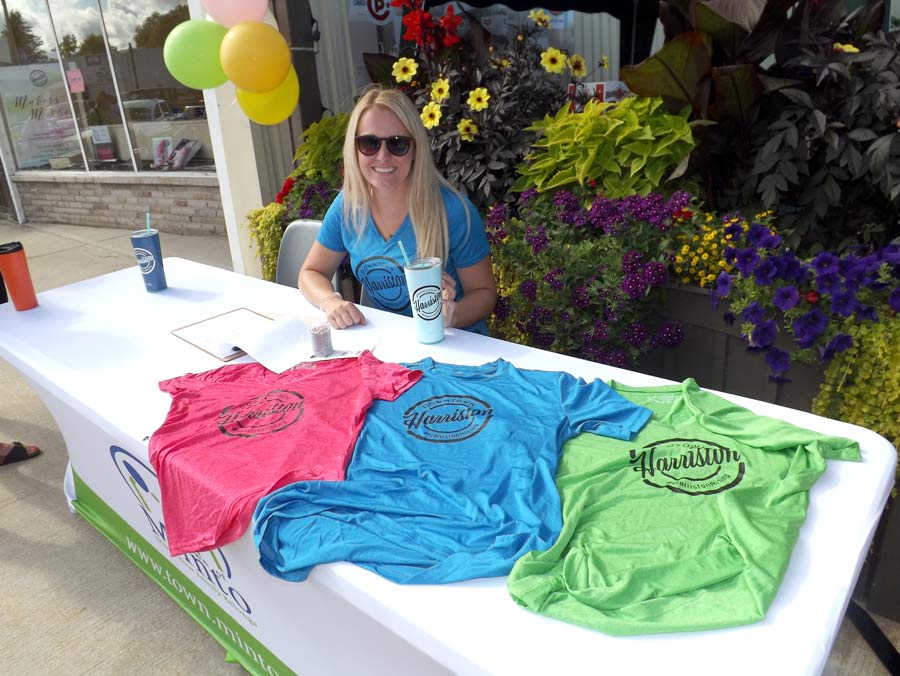 One aim of the program is to “take advantage of all the unique little spots in downtown Harriston that haven’t been used,” Hall explained.

Examples include Tannery Park, where a series of Makers’ Markets are being held through the summer and fall, and courtyard areas at the Old Post, where a board game night was held in July.

“We don’t expect you as council to provide us with all this stuff … as business owners we have the ability to maybe generate some funds,” Mock stated.

“There’s a whole bunch coming and it’s not timed necessarily to just 2019. There’s a three- to five-year scenario to try to implement everything.”

Hall noted the concept was put together in part in response to local presentations by tourism expert Roger Brooks and Gregg McLachlan and Leslie Fournier’s Your Town Rising program.

“The fact is, that’s just planting the seed. You guys have put the seed in the ground and really got it growing,” said Bridge.

“Any of these projects, it’s not up to the town to run. It’s up to the individual citizens to take it and run with it and you’ve done that and I really commend you on that.”

Bridge suggested the town could work with the group on applying for funding through the provincial Rural Economic Development (RED) program.