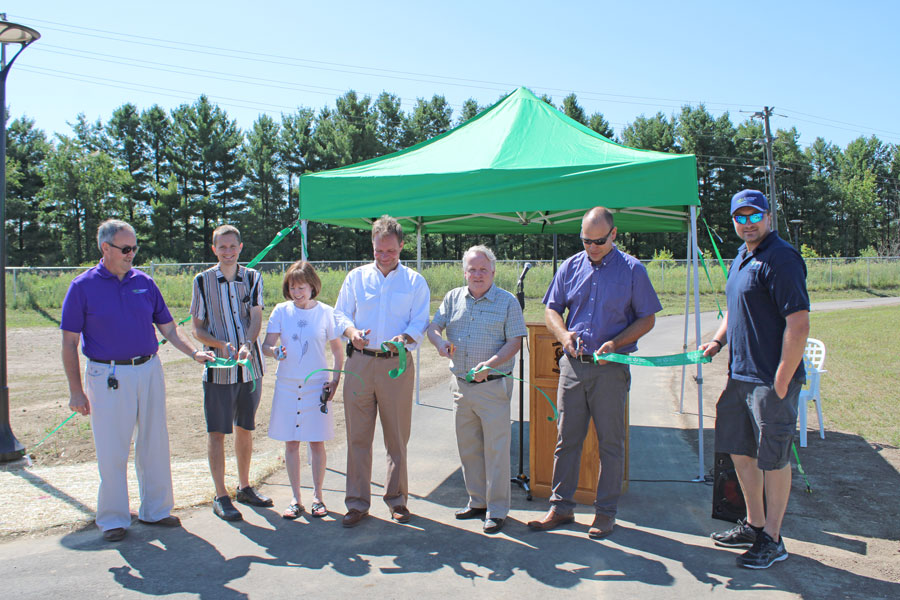 The trail is accessible from Main Street and encircles two acres of field adjacent to the park’s splash pad with access from the school and new subdivision to the north.

The new trail was paid for through grants and donations including a grant from  the Ontario Trillium Foundation for $127,000, a $50,000 donation from the county, a private donation of approximately $250,000 from Drexler Construction Limited  and a donation of $32,000 from local sports organizations among other donations.

“The Ontario Trillium Foundation is set up to be arm’s length from the government and in fact the decisions on the grant applications are made a volunteer committee and they do a great job picking projects need to be supported … so obviously you did a great job with the application, demonstrating,” he said. 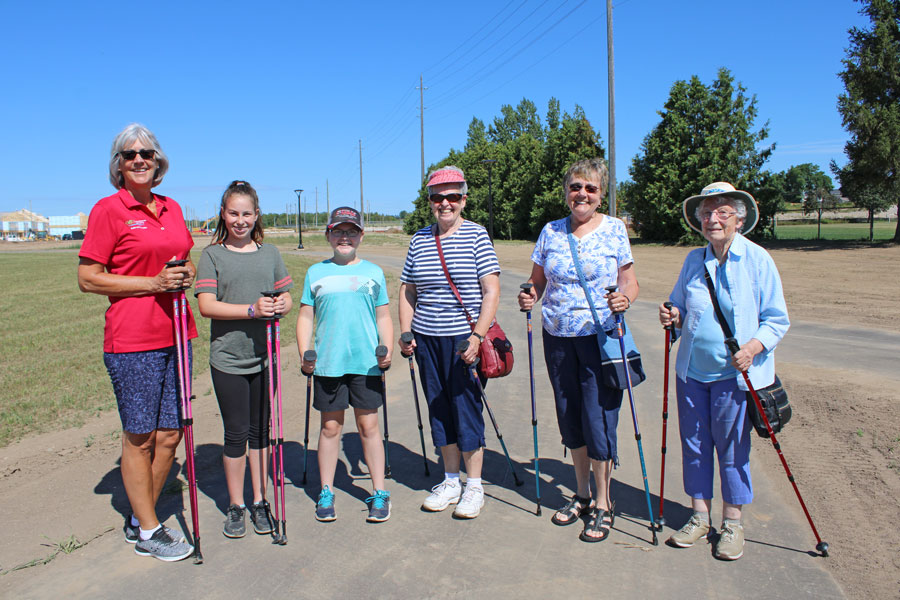 Arnott called the trail “an absolutely spectacular addition to the recreational facilities in the Township.”

It is not the first time the township has received grants from the foundation for the park.

According to director of parks and recreation Robin Milne, in the last 12 years Trillium has invested $418,000 into the park including the splash pad, the reconstruction of the tennis courts, the skate park and the trail.

Mayor Chris White added there are more enhancements to come.

“There are other things we can think about as we go forward: basketball nets, … one of the things we are talking about is a possible skate pad.

“This park has got a lot of potential,” he said.