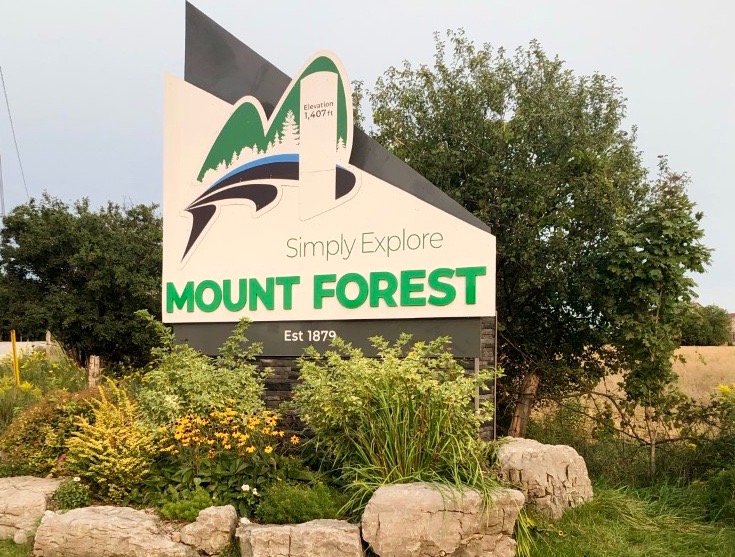 New entrance signs in Mount Forest have generated a lot of debate among local residents. Photo by Crystal Seifried

MOUNT FOREST – Entrance signs to most communities don’t generate a lot of discussion.

However, Mount Forest’s welcome markers, featuring the slogan “High – Healthy- Happy” have long been a conversation piece and a local landmark.

The motto is generally understood to reference the town’s relatively high elevation (430 metres above sea level), positive community spirit and the healthy habits by which residents live.

However, the “high” portion of the slogan has resulted in joking associations with mood altering substances, making the signs a genuine local landmark.

So it’s not surprising that when the signs were replaced with new ones earlier this week, the culmination of a lengthy process that included community consultation, there was plenty of strong reaction.

Many on social media criticized the switch and one local resident, Lynne Bennett, started an online petition to bring back the slogan, drawing 585 signatures in 24 hours.

Petitioners called the sign “unique and memorable” and “much nicer looking.”

“There was nothing wrong with the original sign. It always made me smile,” one wrote.

However, overnight on Sept. 16-17, someone took the protest too far, vandalizing one of the new signs by writing the words “High Healthy Happy” across it.

Bennett responded by closing the petition. 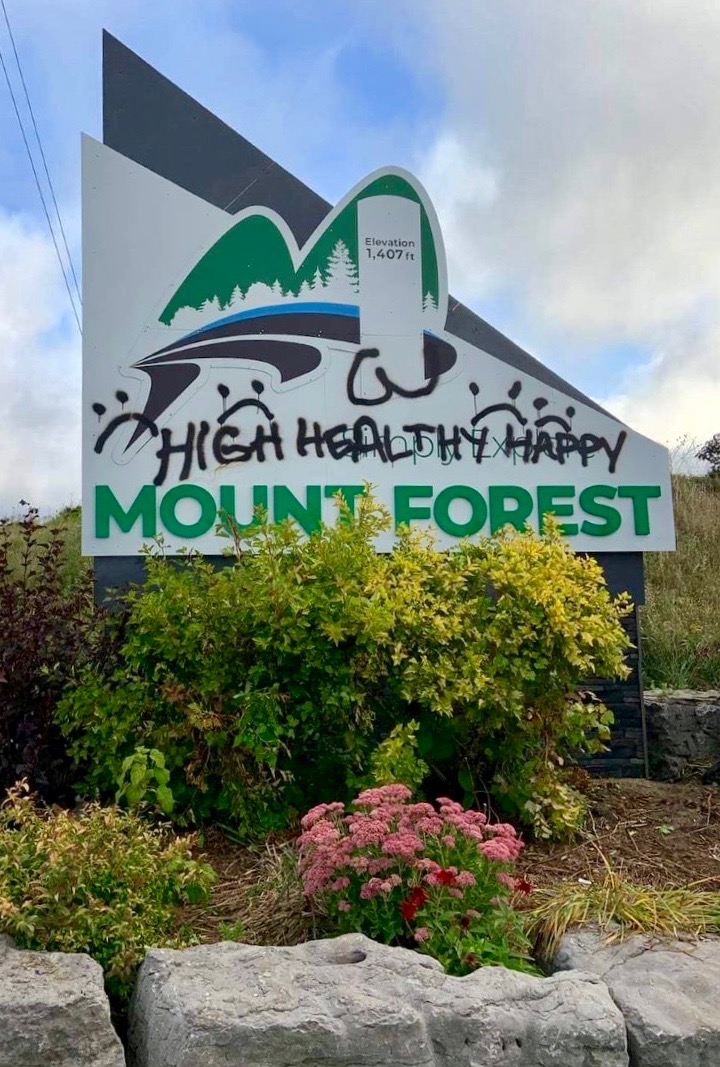 The new sign was vandalized sometime over night on Sept. 16-17, but local residents cleaned up the graffiti shortly after it was discovered.

“In one instant, the act of someone whose disgusting behaviour to vandalize the new sign shattered the open dialogue,” Bennett posted.

“While I won’t allow the hate from one person to destroy the love that has been shown in the short period of just 24 hours, because of this act of hate, removing the petition is the right thing to do.”

Wellington North councillor Steve McCabe spoke up about the vandalism on his Twitter feed.

“It speaks volumes – what needs to be remembered is that those that defaced public property are the very people that do not make our whole community better.”

Mayor Andy Lennox told the Advertiser on Sept. 18 that, “It’s incredibly unfortunate that someone chose vandalism as their way to express their dissatisfaction with the sign change.

He explained the sign changes resulted from a community revitalization effort assisted by a provincial grant in 2018.

Lennox said local business and community leaders were part of a consultation process that determined the old signs, installed about 20 years ago, “needed a refresh.”

While keeping the original slogan was discussed, committee members decided to make a change, he added.

The mayor noted there are no plans to change the town’s water tower, which also displays the “High, Happy, Healthy” motto.

Lennox also said he was pleased to see some local citizens took it upon themselves to clean off the sign shortly after the vandalism was noticed.