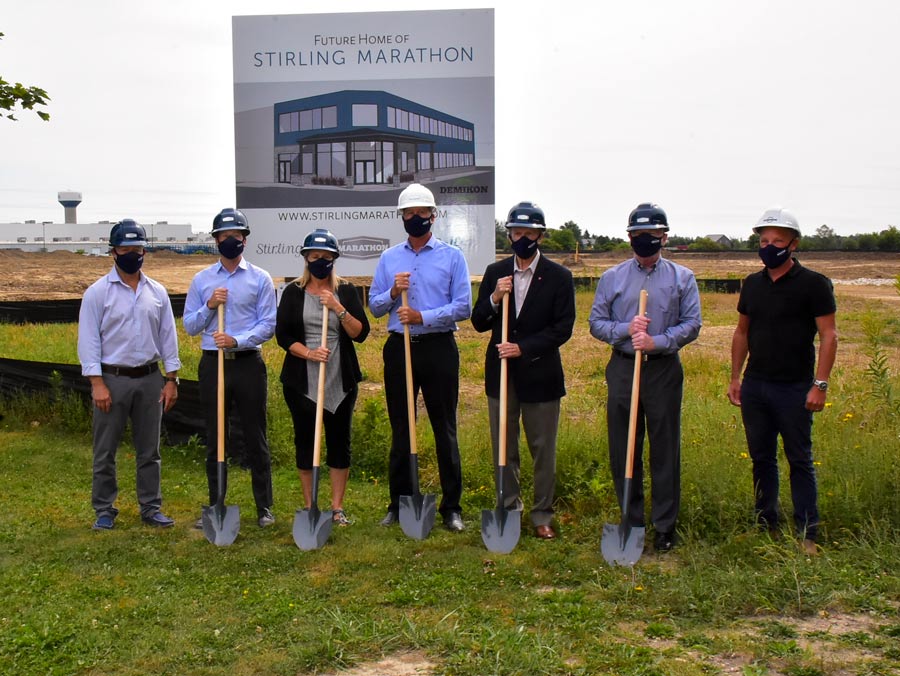 New industry - On an eight acre lot in the Elora industrial section Stirling Marathon plans to employ 60 people in its second phase. Stirling Marathon has been in operation since 2016 and recently decided to expand from its Guelph premises. The company’s main brand name is Marathon. Eventually the Elora site will be double the size of the Guelph facility. The new company sells and distributes appliances such as smaller refrigerators and freezers to over 400 retailers in Canada. Most of Stirling Marathon’s products are manufactured overseas but the company said they want to bring manufacturing back to Canada. The official ground breaking for the Elora site was held on Aug. 26 with Mayor Kelly Linton, left, attending. Other principals of the company are, from left: sales and marketing manager Phil Greenway, office administrator Denise Greenway, Doug Greenway, board member Phil Greenway Sr., treasurer Jim Lightfoot and Demicon Construction president Mike Demerling who will be building the project. Photo by Bill Longshaw