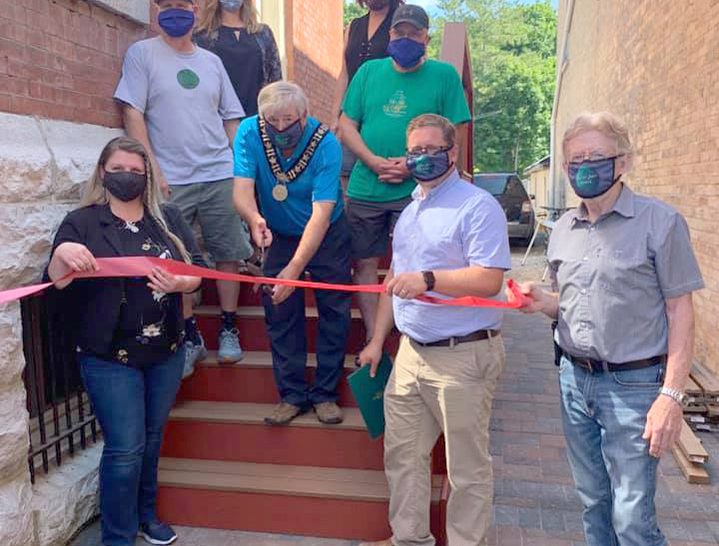 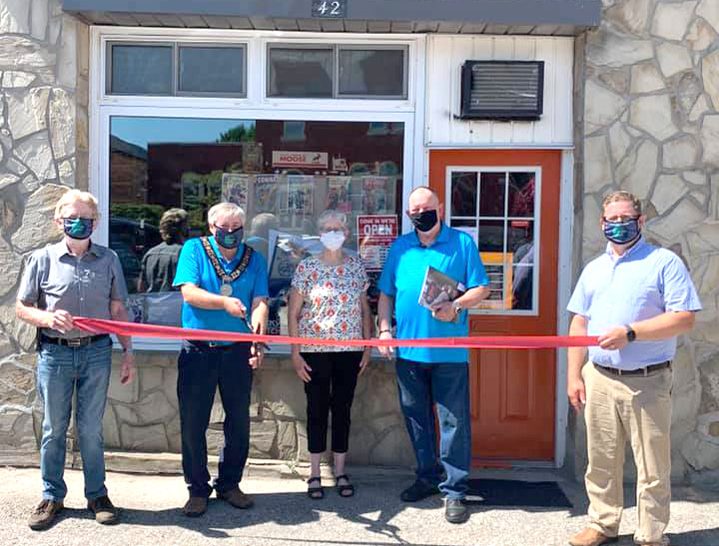 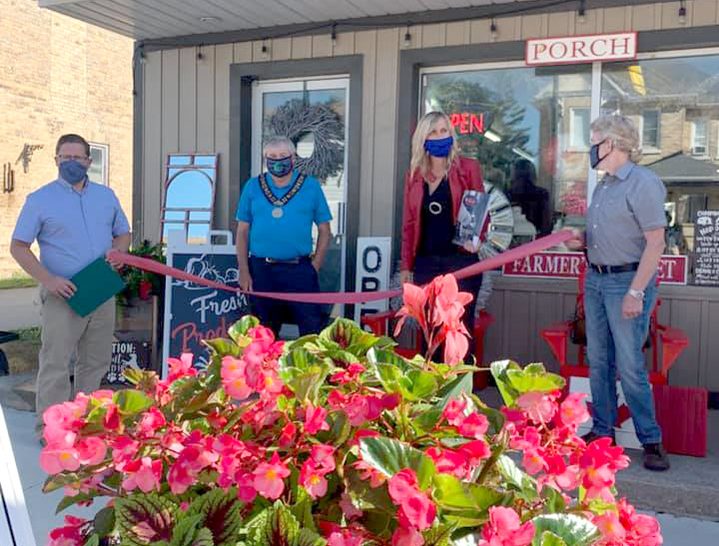 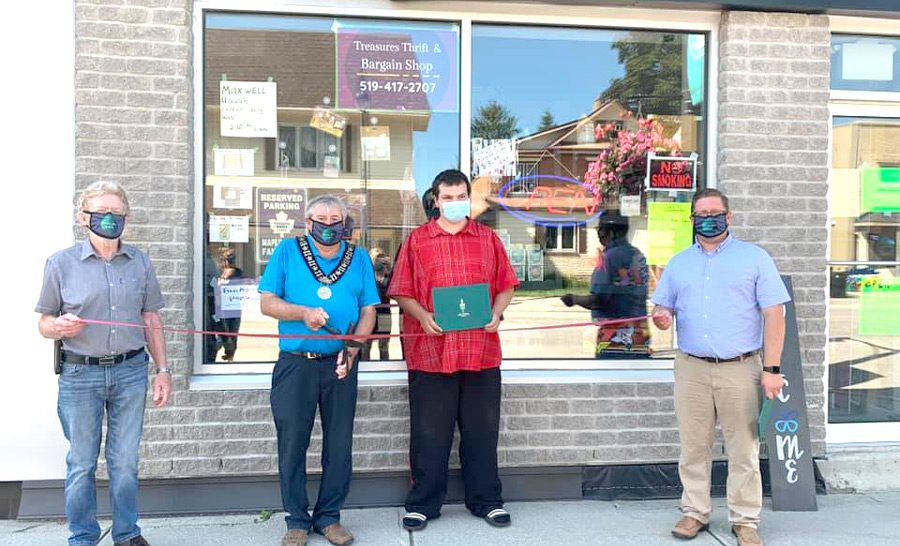 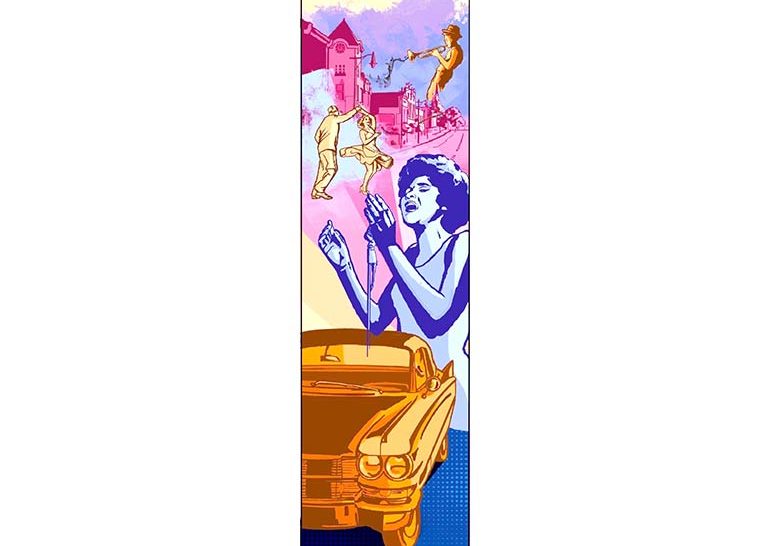 Public Art - Stylized phone booths and murals are among the public art projects to be found around the Town of Minto. 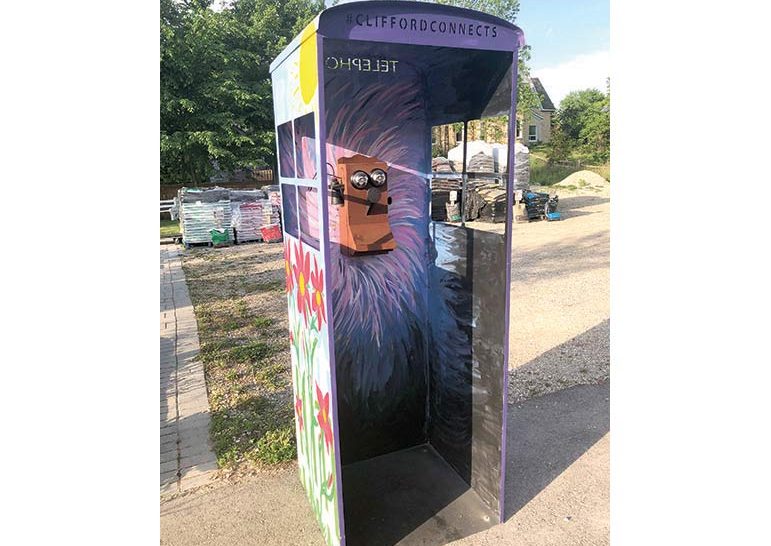 Public Art - Stylized phone booths and murals are among the public art projects to be found around the Town of Minto.

MINTO – The business count in town is on the rise. With numerous new business openings in recent weeks, local officials have been busy attending grand openings in Clifford, Harriston and Palmerston.

John and Barb Snyder recently opened Real Neat Stuff at 42B Elora Street. The store, which features vintage toys, collectibles and sports memorabilia is open Tuesday to Saturday, from 10am to 4pm.

Combined with existing businesses Davie’s Antique’s and Scotty’s Collectibles, Real Neat Stuff is part  of a “Harriston Hub” that will service a wide range of collectors.

Registered Massage Therapist Lyndsay Bradley has also set up shop in Palmerston at 103 Main Street. Born and raised in the Minto area, Bradley graduated from Westervelt College in the Spring of 2019 and is a member of the College of Massage Therapists of Ontario (CMTO). She utilizes a broad range of massage techniques including Swedish massage, deep tissue massage, trigger point release, hydrotherapy, and myofascial release. She can be reached at 519-807-5474.

Allan Freure recently opened Treasures, Thrift and Bargain Shop at 258 Main Street West Palmerston. The business is open Monday to Saturday from 8am to 5pm.

In addition to the numerous new businesses joining a strong retail core, Minto’s downtowns each feature their town’s unique attractions.

The Clifford Connects Committee, in partnership with the Minto Cultural Roundtable, recently launched “These Booths Were Made For Talking.” For the project, six local artists added their art and craftwork to a three-dimensional metal telephone booth-like structure to create unique works of art. The booths will be on display until October and citizens and visitors can now vote for their favourites.

This is Minto’s third public art project. In 2018 Cool Cones were dished out around Harriston in time for a reunion of staff from the former Canada Packer’s (York Ice Cream) plant. Last summer, Trendy Trains were rolled out in streets of Palmerston to recognize that community’s railway heritage.

While the painting is underway, Harriston Rising is hosting a “Mural Mania” event, featuring music in the streets, children’s activities and a scavenger hunt.

“Frozen Treats in the Streets” will be offered for those visiting the downtown on Aug. 9, with youngsters receiving a free sundae from the Magic Ice Cream Shoppe.

In Palmerston, the Minto Farmers’ Market runs each Saturday morning from 9am to noon at the Palmerston Railway Heritage Museum.

The market, which runs until Sept. 26 features fresh local produce and other goods.

The railway museum on the same grounds is open Thursdays, Saturdays and Sundays from 10am until 2pm until the end of August.