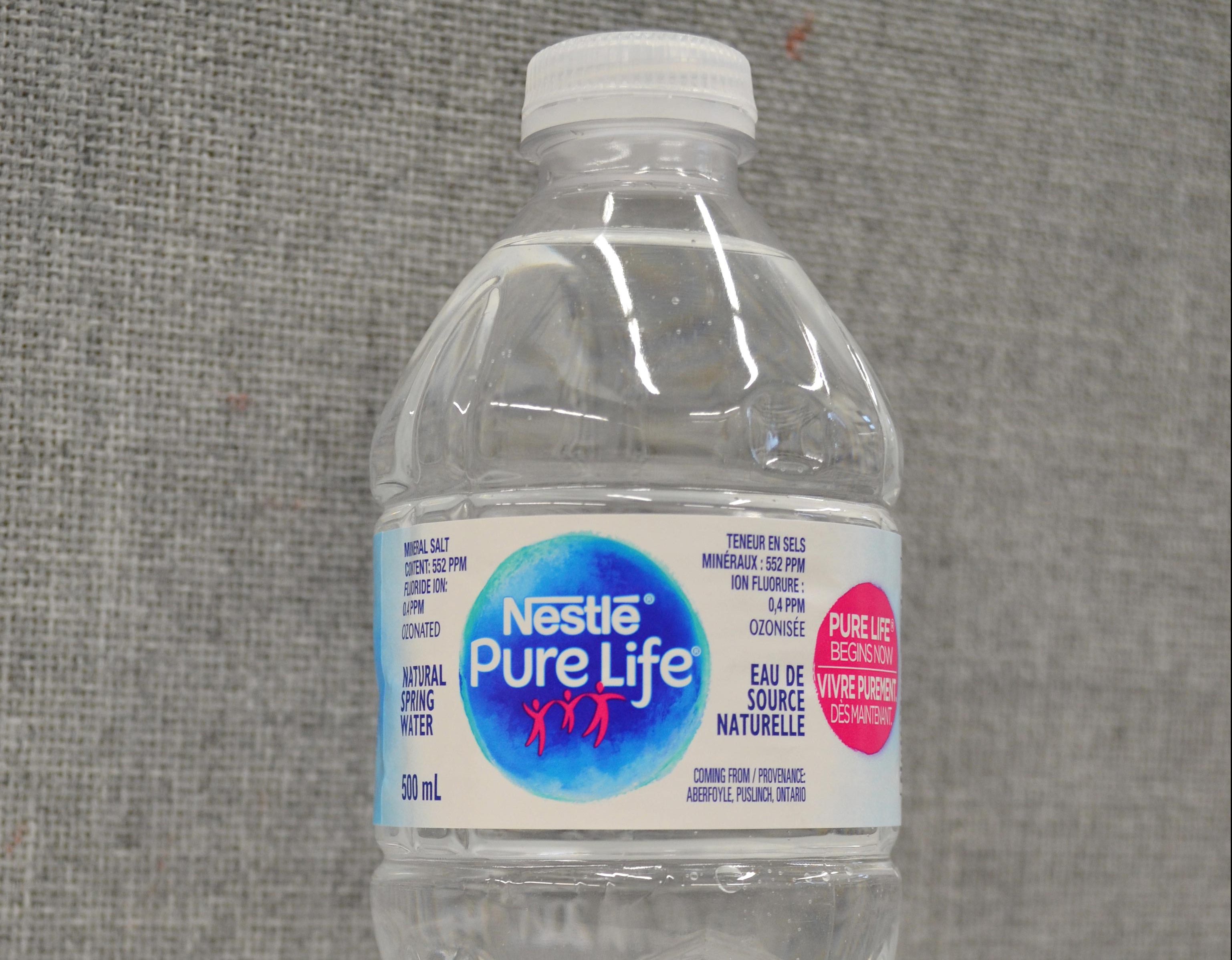 The company made the announcement on Feb. 17.

Nestlé is retaining its international premium brands including Perrier, S.Pellegrino and Acqua Panna, but included in the deal are Nestlé Waters North America (NWNA) and its natural spring water brands like Pure Life, Poland Spring, Deer Park and Ice Mountain.

A deal with the water bottling company Ice River Springs fell through last year when it didn’t meet Competition Bureau requirements. Ice River Springs was interested in buying the Pure Life brand, which is bottled in Aberfoyle.

Since then, Nestlé announced it was conducting a strategic review of parts of its North American waters division and sharpening the focus of its global water portfolio.

“We continue to transform our global waters business to best position it for long-term profitable growth,” states a press release issued by Nestlé CEO Mark Schneider.

“This sale enables us to create a more focused business around our international premium brands, local natural mineral waters and high-quality healthy hydration products. We will also boost our innovation and business development efforts to capture emerging consumer trends, such as functional water.”

One Rock Capital Partners, a private equity firm headquartered in New York City, is partnering on the purchase with Metropoulos and Co., an investment firm that specializes in reviving food and beverage brands.

In a release by One Rock, managing partner R. Scott Spielvogel states, “We look forward to working closely with our operating partners to accelerate the growth of NWNA’s extraordinary set of attractive brands, while continuing to create value in the communities in which the company operates.”

Donna McCaw is a member of Save Our Water, an Elora-based community group opposed to water bottling companies taking water from the Middlebrook well near Elora.

Until this new deal was announced, Nestlé owned land there and had applied to the province to take water from the well.

In a phone interview on Feb. 18, McCaw said it’s too early to know what the new business will look like or what it’s plans will be for the Middlebrook well.

“In Centre Wellington, the issues are still the same though,” she said, noting the township needs four new wells to accommodate projected growth and Middlebrook has been identified as the optimal site.

She added, “They (Nestlé) haven’t made any money with Middlebrook. We think we have a chance.”

The sale is expected to go through this spring. One Rock hasn’t announced how on-the-ground operations may or may not change once the deal is complete.

McCaw said the group discussed reaching out to One Rock but decided it’s too early for that.

“Besides, it’s not really up to us to do that,” she said. “Perhaps that is for the municipality.”

Wellington Water Watchers, a community group based in Guelph, voiced its displeasure with the pending Nestlé-One Rock deal, prior to the official announcement of the sale, in a Feb. 17 press release.

“Jeff Yurek, (Minister of Environment, Conservation and Parks) must cancel Nestlé’s permits to take water for bottling in order to prevent [the sale] to a private equity firm.

“This massive transfer of ‘water wealth,’ estimated at $4 billion, is an especially ominous development in light of Wall Street’s accelerating interest in ‘water futures’ trading and must be stopped.”