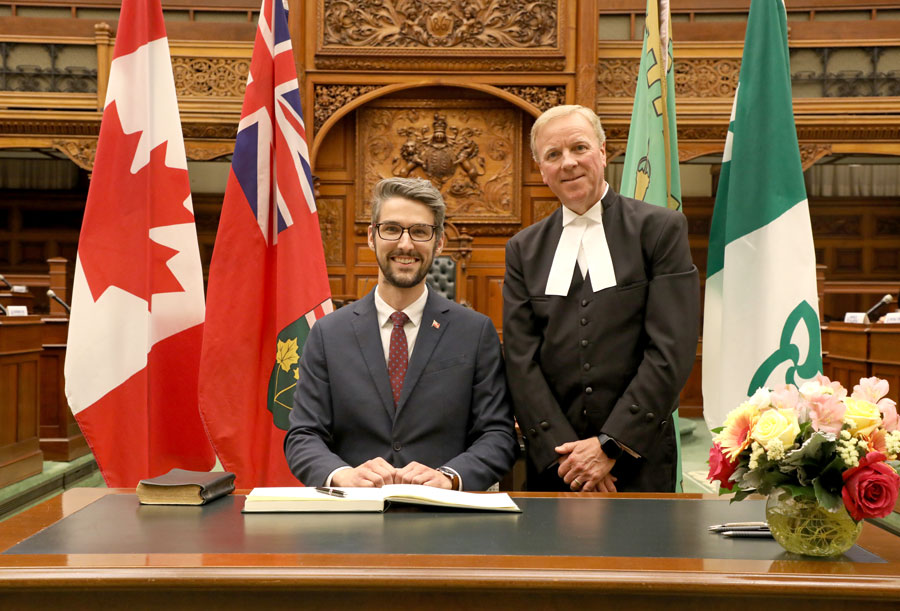 Sworn in - The Oath of Allegiance was administered to Perth-Wellington MPP Matthew Rae by Clerk of the Legislative Assembly Todd Decker on June 23 at Queen’s Park. Submitted photo

QUEEN’S PARK – Newly-elected Perth-Wellington MPP Matthew Rae took the Oath of Allegiance in a ceremony at Queen’s Park on June 23.

“It is a great honour to be able to serve the constituents of Perth-Wellington in this historic place,” said Rae.

“There has only been roughly 1,032 MPPs before this current parliament, so only a small group of people have had the pleasure to serve in the Legislative Assembly of Ontario.”

Taking the Oath of Allegiance will mean Rae can take his seat in the Legislature once it is recalled. Premier Doug Ford has indicated he will recall the Legislature for a rare summer sitting.

“I look forward to getting to work in the Legislature and bring the concerns of our rural communities to the attention of my colleagues,” said Rae.

Section 128 of the Constitution Act, 1867 requires that every MP take the Oath of Allegiance before taking their seat in the Chamber.

The Oath is administered by the Clerk of the Legislative Assembly.