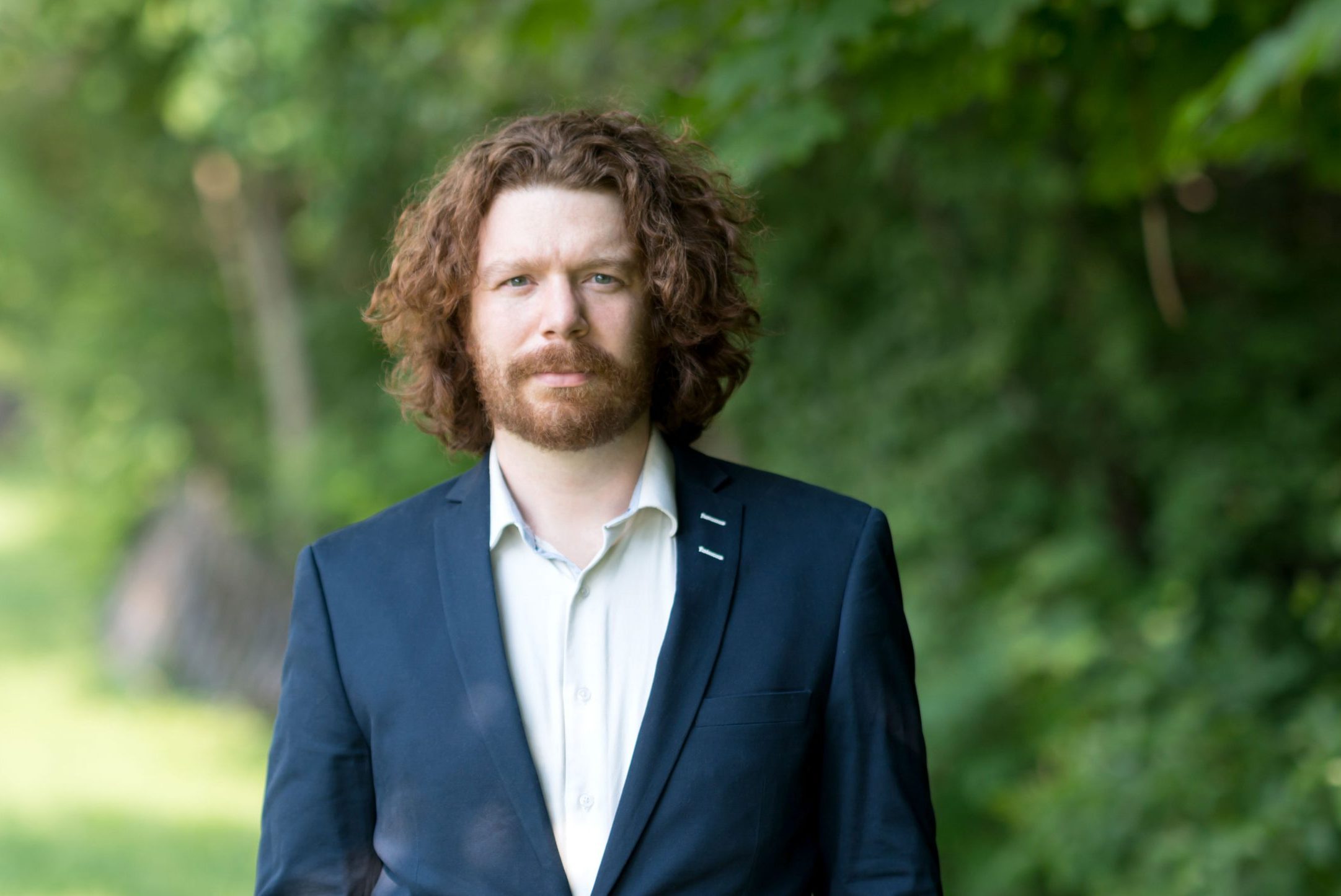 Former Mount Forest resident André Forget has been longlisted of the 2022 Scotiabank Giller Prize Award for his debut novel "In the City of Pigs." Submitted photo

MOUNT FOREST – Former Mount Forest resident André Forget has been longlisted for the 2022 Scotiabank Giller Prize Award for his novel debut In the City of Pigs.

“They receive a lot of books for this award from writers all across Canada at every stage in their career, so I didn’t have any expectation that I would be longlisted. So it’s a surprise and an honour.”

Released in June and published by Dundurn Press, In the City of Pigs tells the story of a failed musician obsessed with avant-garde art who enters a shadowy world where bohemian excess meets the avaricious interests of a real estate cabal.

It dives into the world of classical music, Toronto real estate, modernity, and the difficulty of creating art under the conditions of late capitalism.

The Scotiabank Giller Prize recognizes excellence in Canadian fiction across both long format and short stories and has been characterized as Canada’s most prestigious literary prize for fiction.

Fourteen titles have been longlisted for the 2022 prize.

“A lot of the people who are also on the longlist, they’re on book number five or six and they’ve got really established careers,” Forget added.

“In fact, one of the other writers who’s on the longlist, I wrote my master’s thesis on his work so to be on a long list alongside him for my first novel is a huge honour.”

While he grew up in Mount Forest, Forget currently resides in Sheffield, England.

The novel, Forget explained, deals a lot with art, specifically classical music and is centred around Toronto, where he lived for several years.

With the current housing climate and rent pushing people out of the GTA towards more rural areas, Forget said living in Toronto allowed him to see the housing crisis firsthand.

“Watching that happen and sort of feeling the pressure of being priced out or having to make significant changes in your lifestyle while watching the city grow … it was very destabilizing,” Forget explained.

“And so one of the things this book is really interested in is, on one hand, I’m quite happy to see Toronto grow. It’s always been quite a vibrant city.

Forget said the novel ties into these sort of contemporary events and what’s going on in the world right now, adding he doesn’t necessarily think growth is a bad thing, but it creates pressures for many people.

Being both a literary critic and now a novelist has armed Forget with a multifaceted perspective.

“When you’re a critic, you’re kind of coming to say a novel or a collection of short stories, or whatever it is you’re writing about, looking at a finished product,” he explained.

As a critic looking at the finished work, Forget said it’s easier to identify things that seem to work well or that might not have worked as well as they could.

“As a critic, you’re doing all of that and you’re able to do it because you’re outside of the work,” he explained. “You’re approaching the work as an outsider, and you’re analyzing it.

“Being on the other side of that, writing a novel teaches you a lot about why novels are the way they are,” he added.

“I’m far enough away from it now that I can start to approach it as a critic because it starts to be something I’m encountering, as an object, rather than as something that I’m bringing into the world.”

Having gone through the experience of writing a novel, Forget said he has a deeper grasp of the different sides of novel writing.

Asked if he saw a bit of himself in the novel, Forget said while there are many biographical similarities between himself and the main character, they are very different.

“I think it wasn’t so much that I was writing myself into the book, as it was that I got to a certain point in my life, and I’d had certain experiences and I knew a lot about certain things,” Forget explained.

“I knew how a newspaper is put together. I knew how an interview is done,” he added.

“And I guess it just sort of organically became a way for me to tell the story, because it’s a world that has a lot of texture for me.”

Forget also found his background in journalism to be useful during the writing process as he was able to bring in journalistic language for certain parts.

“I used a lot of what I’ve learned as a journalist about how you tell a story,” he explained.

“I think, when you sit down and you start reading a novel, part of the reason you know you’re reading a novel is that it sounds right, and certain types of language are used.

“And I think I wanted to play around with that,” he added.

“And I wanted to write fiction that sounded enough like journalism in certain places that there would be some confusion.”

“There were two teachers there who absolutely influenced me and my writing, and I think some of the ideas that eventually became this book,” Forget said.

Former music and English teacher Kim Stewart was one of those influences for Forget.

“Those two sides – the fact that she’s teaching you how to play music and also teaching me about literature – I think those things really connected for me,” he said.

The other was former English teacher Barbara Illingworth.

“She was just an incredibly demanding, rigorous teacher who really introduced me to a lot of important ideas,” Forget explained.

“And also discipline in terms of writing that I still benefit from to this day and benefitted from then.”