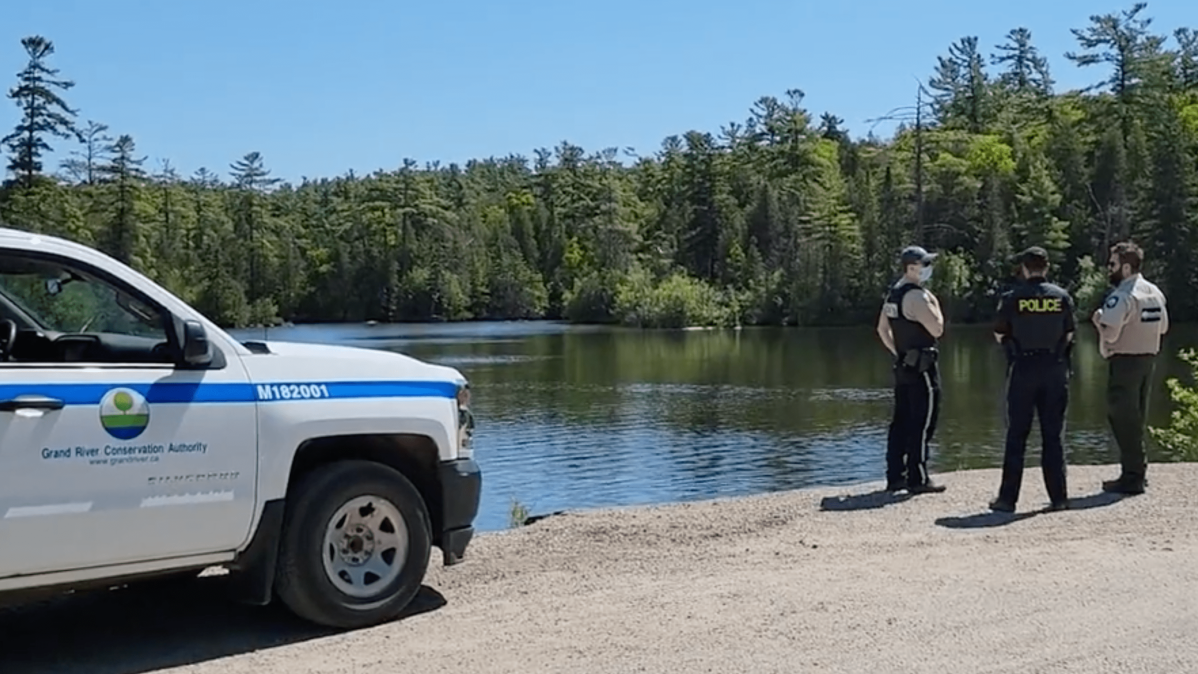 ROCKWOOD – A Mississauga man is dead following a boating incident at the Rockwood Conservation Area on Saturday.

Calls rang out to emergency services on June 4 at about 6:20pm, with Guelph/Eramosa Fire, Guelph-Wellington Paramedic Services and Wellington County OPP responding.

“It was reported that a 33-year-old male and a seven-year-old female – a father and daughter from Mississauga – were pulled from the water by bystanders after the inflatable boat they were on capsized,” states a June 5 press release from the Wellington County OPP.

Beachgoers and paddlers witnessing the trauma helped to pull the man from the water, OPP media relations officer Joshua Cunningham said by phone on Sunday.

Greg Baker, a 43-year-old Milton resident, was at the park for what was supposed to be a relaxing weekend getaway with his wife and daughter.

As the family paddled its canoe along the Eramosa River, southwest of the park’s beach, they saw a deflated boat draped over the bow of a kayak.

“When we got close, we saw another canoe where there was a gentleman who was trying to pull somebody out of the water,” Baker recounted.

According to Baker, the man in the canoe was “just screaming” as he attempted to lift a man from the water and into his canoe.

“[He] was holding him up basically by the shirt … from his canoe and was just trying to hold him up, head over water,” Baker said.

Baker jumped in, swimming over to try and lift the unresponsive man into the canoe.

“It was too difficult with how deep the water was,” he said.

“There was nothing I could push off of, so trying to get a waterlogged-clothed person into the boat, especially when the person wasn’t wearing a [life-jacket], was very difficult.”

Baker said he was later told by park staff the water was between eight and nine feet deep where the incident occurred.

Once the paddlers realized rescue efforts would be futile, Baker swam to shore to rendezvous with firefighters from the Guelph/Eramosa Fire Department, who had just arrived as the victim was slowly being towed to shore.

According to Baker, several other beach goers jumped in the water to help retrieve the man’s body.

Guelph-Wellington Paramedic Service chief Stephen Dewar told the Advertiser “paramedics made an aggressive resuscitation attempt at the scene and en route to the hospital,” but despite their efforts, the man was pronounced dead at a local hospital.

Halton Region Paramedic Services also responded, tending to the child, who was wearing a life-jacket, and was “treated at the scene,” according to police, before being reunited with family and close friends who were there.

Cunningham said a coroner will determine whether the man did in fact die from drowning as police work to understand what happened.

“We’re trying to speak to witnesses from the scene,” Cunningham said.

“Until we can speak to all witnesses, it’s really too early to jump ahead and make any assumptions.”

According to Cunningham, Grand River Conservation Authority staff estimate there would have been around 1,200 people within the park that day.

“We have witnesses that we know that were involved that we haven’t had a chance to speak to,” he said.

Police are pleading with anyone who saw what happened, or who was involved, to contact them by calling 1-888-310-1122.

“Our key witness is a seven-year-old, so we really are trying to be a little more gentle and be respectful of the family,” he said.

The Baker family remained at the park on Monday – a school P.A. day.

Crows could be heard cawing in the background as Baker spoke with the Advertiser by phone.

The trio are “a little shaken up” but doing okay, he noted.

“We did everything we could, which makes things easier,” he said.

“It’s a sad day. My heart really goes out to that family; they’ve lost a father and a husband.”

The Grand River Conservation Authority declined to respond to questions from the Advertiser for this story.