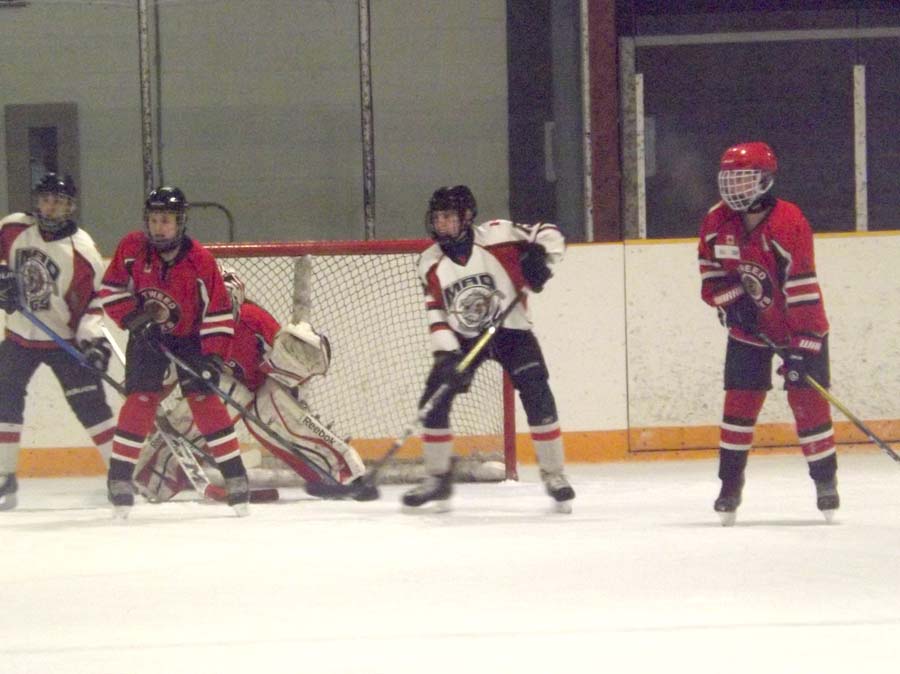 Playoff hockey – A Minto player parks on the right of the goal crease in Sunday action as the Minto Mad Dog Bantam Rep squad opened its OMHA semi-final series with a pair of home victories over the Tweed Hawks on the weekend. The Bantams won 8-2 on Feb. 29 and 4-3 on March 1.