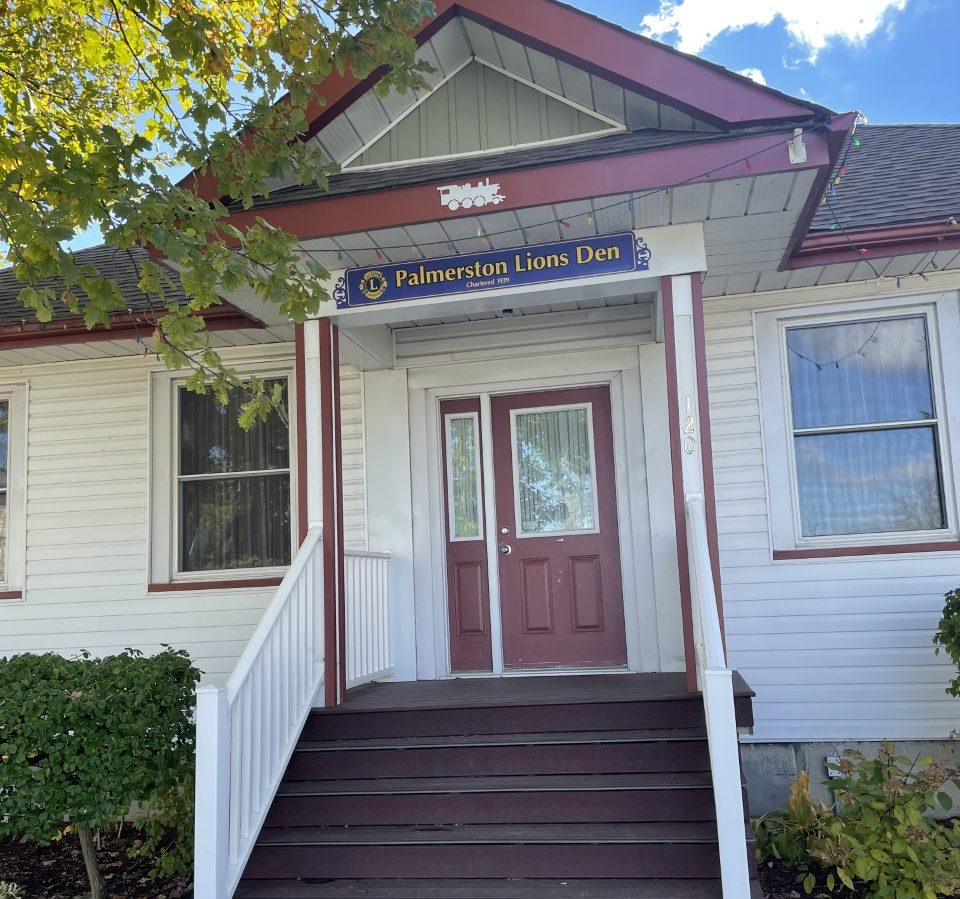 The Palmerston Lions Club has requested help from the Town of Minto with a operational deficit resulting from the club's inability to rent out its facility due to pandemic restrictions. Photo by Patrick Raftis

MINTO – Municipal staff here will put out a call to community groups to submit requests for a share of the town’s allotment of COVID-19 relief funding by Dec. 1.

Assistance to community groups impacted by the pandemic was one of several uses designated by council in July for about $235,000 remaining at the time from funds the town received through the federal/provincial Safe Restart Agreement.

Council allocated $57,000 of that fund to assist community groups impacted by the pandemic, treasurer Gordon Duff explained in an email to the Advertiser.

Duff said about $7,500 in small payments had been granted to organizations through the Cultural Roundtable for Zoom accounts, PPE, promotions and other assistance and $10,000 was granted to the Seniors Centre for Excellence to assist with online programming.

At the Oct. 18 meeting, Minto council agreed to provide $14,800 to the Minto Minor Hockey Association to cover a deficit incurred by the organization while operating through provincially-imposed COVID-19 restrictions since March of 2020.

“If we acquiesce to these two requests it will leave us approximately $5,000 of the amount we had allocated to community groups,” treasurer Gordon Duff told council.

“Of course if you give to them, we can’t give to others,” he added.

“I guess I wish we had lots of money to do this with,” said councillor Judy Dirksen.

However, she added, “This is becoming first-come, first-serve, whoever gets the letter in fastest gets the money and everyone else gets left out in the cold and I’m not really sure that’s the right answer.

“We are handing over significant funding to a very few groups and then nothing to other groups.”

Dirksen continued, “It’s still public dollars. I know they came from the province and we’re very grateful for that but, still, we have to spend them wisely.”

“I would echo those sentiments. I have the same thoughts exactly,” said councillor Jean Anderson.

She said she recognized the Lions Club’s problem is it hasn’t been able to rent out its clubhouse building to other groups due to COVID-19 restrictions and generate income to cover the building’s operating costs.

The club’s letter notes its mandate prevents it from using money from its fundraising activities to cover operational costs for the club.

“There’s lots of organizations that I assume have the same mandate,” Anderson stated.

‘I wonder if there’s any taste for allocating, or coming up with, an amount that we allocate or make available per group?”

Deputy mayor Dave Turton, who chaired the meeting in the absence of Mayor George Bridge, asked if Anderson was suggesting council wait until more groups submit requests before dividing up the money.

“Or we could say there’s money available for groups, up to a maximum of $5,000 or whatever number we come up with, and then you could go back and revisit if there’s money left in the fund. But I doubt that there would be. There’s lots of groups out there,” said Anderson.

Councillor Mark MacKenzie asked, “Is it possible to put a deadline on the requests and then, after we receive them all, see what money is in there and then make a decision?

“Or do we have to do it immediately when the request is put in?”

CAO Derrick Thomson explained, “I don’t think it’s any secret why the province gave us the money to distribute, because I don’t think they were wanting to get into this conversation at the provincial level, so they downloaded it to municipalities …

“Typically if you didn’t have COVID money what you would do is establish a community grant program.”

Thomson added, “I think the premise around the funding was to give back to community groups that are impacted by COVID … so there’s a number of things that you could do if you chose to direct staff to create that policy.

“Unfortunately it would take time to create that policy and bring it back to you for your approval.”

Dirksen replied, “I understand that it takes time to put a policy together, but I don’t want to just willy nilly throw this money out to three groups now, and a fourth one it’ll be gone. That just doesn’t seem fair to me.”

Duff stressed it is up to council to determine how to distribute the funds.

“The Safe Restart Agreement was purposely left vague. It’s non-prescriptive. It’s doing what council believes is its priorities and I think, as our CAO said, it leaves the tough discussion down to the municipal level,” said Duff.

“I agree with councillor Anderson and councillor Dirksen … there’s a certain amount of groups within the town that are likely going to be looking for money,” said Turton.

“$14,800, or whatever it is, is considerable. Some of the other group aren’t asking for quite that much.”

Thompson suggested the matter could be referred back to staff to put out a call for funding requests, which would be brought back to council, including the two requests on the current agenda.

“We’ll put them all together and we’ll have the conversation again,” said Thomson.

“I think that’s a great idea,” said Turton. “We all think that there’s more requests coming. I’m sure there’s lots of people that aren’t aware that this money’s available.”

Council approved a motion to defer the requests from Palmerston Lions Club and Harriston Skating Club and directed staff to staff issue an open call to groups to provide a request for funding by Dec. 1.