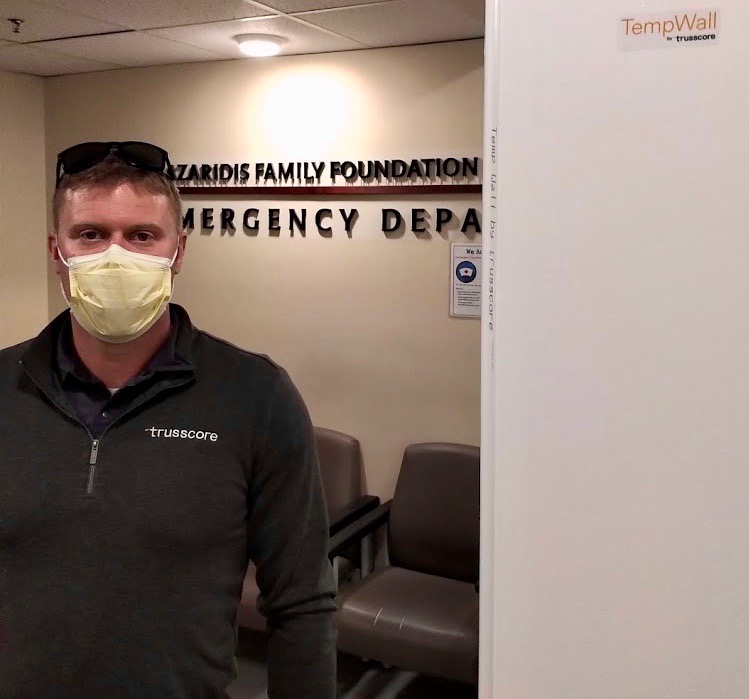 MSW Plastics founder Steve Bosman was on hand at Grand River Hospital in Kitchener on March 23 for the installation of the first Temp-Wall system produced by his re-branded company, Trusscore Material Science. The re-configurable wall panels were created specifically to help hospitals through the COVID-19 crisis. Submitted photo

PALMERSTON – A Minto company has developed a new product to help hospitals cope with the COVID-19 crisis.

It is already in place in some hospitals in the local area and beyond.

MSW, founded by Joel Koops and Steve Bosman, has been producing polymer wall boards as an alternative to drywall and other materials under the Trusscore name. The launch of the new Temp-Wall product has hastened the re-branding process the company had planned to announce at the end of this month.

“MSW Plastics is now Trusscore,” Caputo explained. “And we’ll be continuing to grow.”

On March 16, Caputo recalls, company officials were holding a planning meeting on how to react to the COVID-19 crisis.

“So we decided to turn the question around to how could we help in this pandemic here? And we, over the next 48 hours, did 12 prototypes putting a wall together that we thought might be needed to help separate folks in a waiting room, or an ER department, anywhere for that matter,” he explained.

“And we offered it to some of the local hospitals and they immediately came back to us and said ‘We could use this.’ So we immediately gathered the team and said ‘let’s start making this.'”

The panels, made of fully recyclable and antimicrobial-coated polymer, enable hospitals to realign existing space to handle surges in patients or other unanticipated needs.

Trusscore has made panels available at no cost to hospitals in Hanover, Kitchener, Toronto and Montreal. Caputo said panels have also been offered to local hospitals in Palmerston and Mount Forest.

“They might not need it now. They might need it in the future. But we’re here to help. We just want to help, to do whatever we can in this crisis,” Caputo stated.

The first set of 10 configurable panels was installed at Grand River Hospital on March 23, just one week after the idea was conceived.

“The interest has been amazing as people are looking for a solution, so we’re glad to be a small part of a solution,” said Caputo.

He noted the company is prepared to dedicate its production lines to the product 24/7 if the demand is there – and Trusscore has the capacity to roll out 400 panels daily, if needed.

He said some of the hospitals that received donated panels are already asking for more.

“We’re doing it on a total cost-recover basis, just to cover the costs of manufacturing them,” said Caputo.

Town of Minto economic development manager Belinda Wick-Graham said, “It’s pretty neat that a local company might have a role to play in assisting with this crisis … being innovative as well.”

Temp-Wall, Caputo said, is a product that will remain in demand beyond the current crisis.

“Maybe the new normal will be social distancing. (It) should always be practiced in waiting rooms in ER departments, because that’s when people are most vulnerable,” he said.

“They are actually sick at that moment in time and they might be sitting beside someone else who is sick.

“So I think the requirement will carry on and it might be the sad, unfortunate new reality.” 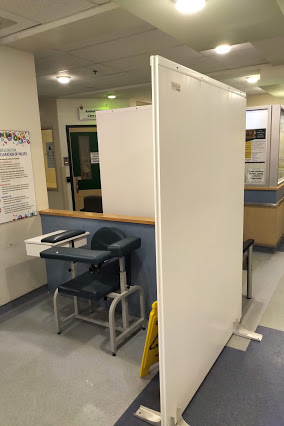 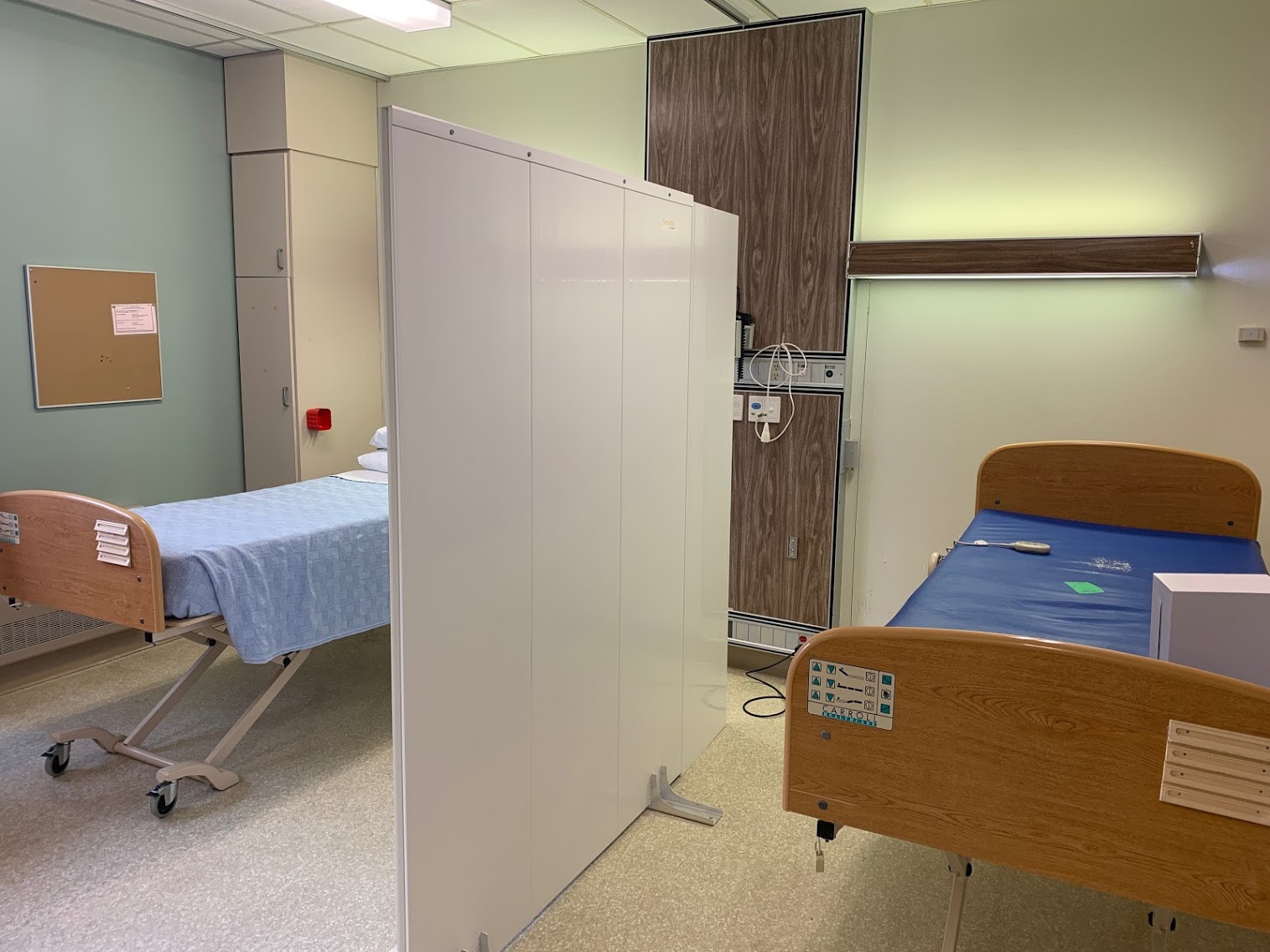