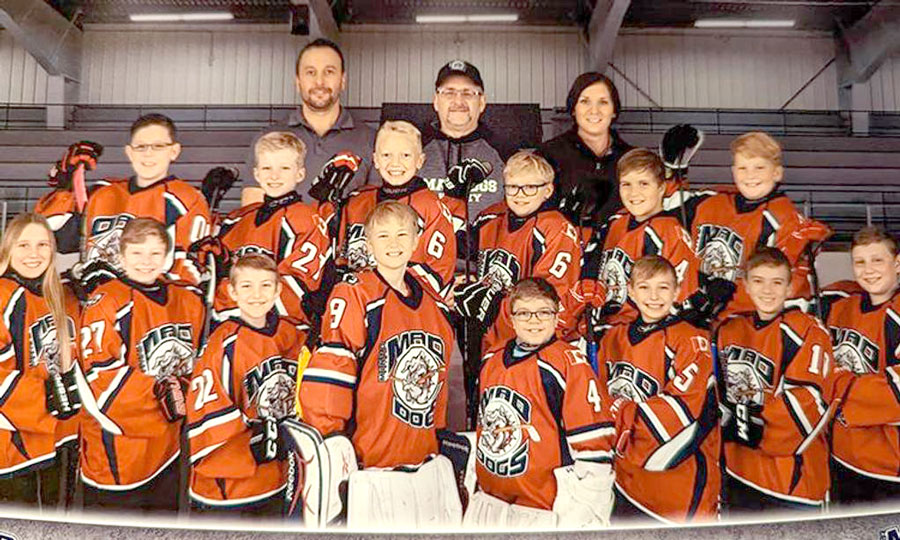 MINTO – A local minor hockey coach was selected as November’s Coach of the Month through an Ontario Minor Hockey Association (OMHA) recognition program.

This season marks the sixth year the OMHA Coach of the Month awards have been presented by The Coaches Site section of the OMHA website.

Brian Vines of the Minto U15 LL team was selected as the Coach of the Month for November.

“Coach Vinesy is like no other coach my son has ever had and we are thrilled to have him back this year,” states a nomination letter. “Brian is a non-parent coach which makes him a special breed. He’s truly out there for the love of the game and that is projected onto each player he’s ever coached.”

The letter continues,  “He is never without a smile … and an encouraging word. No matter the outcome of the game those kids leave the dressing room with a smile on their face, happy with what went right even if the score didn’t reflect it.”

The nominator notes Vines’ main goal each season is to make sure the players “learn to win with class and to lose with grace.”

He started coaching minor hockey in Minto after a friend asked if he’d be interested in being an assistant coach. He started with U9 in 2018 and became head coach last season at U13. He has stuck with the group to today as head coach, where they are now playing U15.

“My love for the game and seeing the kids flourish is such a reward. Each player has their own special talents, but I strive on seeing them improve as individuals as well as a team. As a non-parent coach I am not partial to any certain player and I respect all of the kids equally,” states Vines in an article on the OMHA website.

“I believe good sportsmanship and respect are two very important aspects of a successful team. I like to keep the practices upbeat and a little challenging,” said Vines.

“I am a positive person and I strive to help them have good values so they can be upstanding young citizens on and off the ice.

“I enjoy seeing their enthusiasm whether it be a win or loss, I try keeping a smile on their face.”