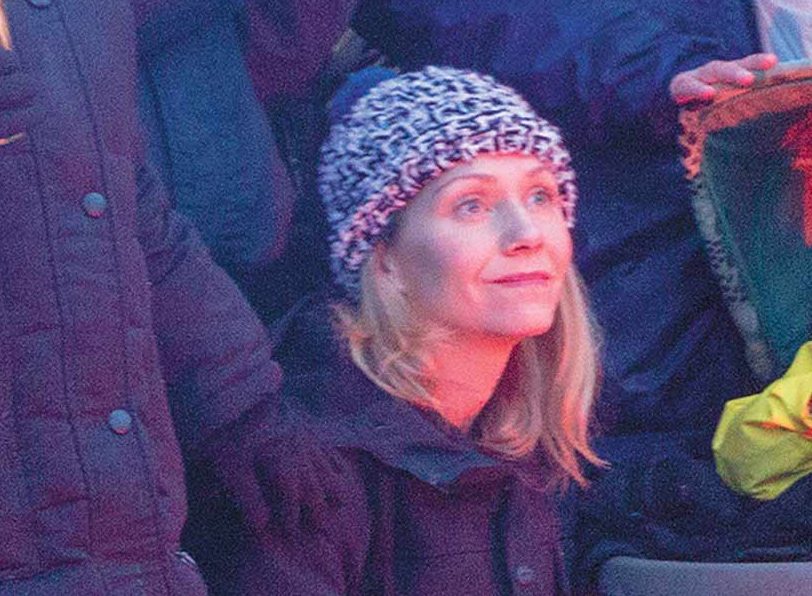 ORANGEVILLE – Michelle Hanson, the 38-year-old mother who plead guilty to criminal negligence causing death in the 2018 drowning of her three-year-old Kaden Young, has received a two-year conditional sentence.

Hanson appeared in an Orangeville courtroom via video conference on Tuesday (Jan. 18) for her sentencing hearing.

The courtroom heard Hanson will serve the first 18 months of her two-year conditional sentence under house arrest.

She will only be allowed to leave her home for certain exceptions, including medical emergencies or appointments, in-person counselling, and employment confirmed and approved by the conditional sentence supervisor.

Hanson will be permitted to leave her home each Monday between 12 and 4pm for “necessities of life.”

For the last six months of the sentence, she will be able to leave her home, but with a curfew between the hours of 10pm and 6am.

Hanson is prohibited from operating a vehicle during the conditional sentence, with a three-year driving probation to take effect following the completion of the sentence.

Hanson will also be required to attend grief and substance abuse counselling over the two-year span, and during her one year of probation.

Justice Giselle Miller said Hanson should be given credit for pleading guilty in her son’s death, thereby accepting her responsibility and expressing remorse.

“I understand that it took Ms. Hanson quite some time to come to accept her responsibility in her son’s death, but she has done so,” said Miller.

Shortly before 1am on Feb. 21, 2018, Hanson’s vehicle was pulled into the Grand River during a period of heavy flooding that saw river water rise up onto the road.

Hanson had taken her three-year-old son Kaden, who was having trouble sleeping, for a drive into Grand Valley where she planned to attend a convenience store.

Within minutes of leaving her home, Hanson drove her vehicle around a road closed barrier on the 10th Line of Amaranth onto a flooded section of the road, resulting in the vehicle being swept into the river.

Hanson was able to escape the vehicle with Kaden, but lost grip of him as they were pushed down the river by the strong current. She was pulled from the river by paramedics.

An agreed statement of facts said paramedics attending to Hanson detected an odour of alcohol and blood samples obtained at the hospital showed a blood alcohol concentration of 60 milligrams of alcohol per 100 millilitres of blood.

Oxycodone was also detected, but was noted to be a concentration associated with “therapeutic range.”

In the weeks following, hundreds of volunteers from the community searched the banks of the Grand River for Kaden’s body. On April 21, 2018, two months to the day of the incident, Kaden’s body was recovered in Belwood Lake.

The dangerous driving charge was dropped early in the legal proceedings and, following a preliminary inquiry in 2019, Hanson was ordered to stand trial on the other two counts.

Hanson plead guilty to criminal negligence causing death in November of 2021, and the charge of impaired driving causing death was dropped as part of the plea deal.

Crown attorney Danielle Garbaty submitted four victim impact statements from family members to the court on Tuesday. The only one read allowed into the court was that of Cameron Young, Kaden’s father.

Garbaty, on behalf of Kaden’s father, read how Young’s life had changed after receiving the call about the accident. 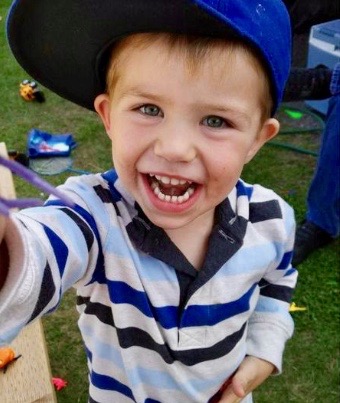 “I couldn’t just sit back and wait, so for the next 59 days with the help and support of my family, friends and hundreds of volunteer, we continued looking for my son. Those days were exhausting, emotional and physically draining,” wrote Young.

He spoke of receiving the phone call on April, 21, 2018, that a child’s body had been found near a Belwood Lake bridge.

“Identifying my son, Kaden’s, tiny, lifeless body. That day is something no parent should ever have to do,” read Young’s statement.

He described having trouble sleeping afterwards, experiencing nightmares and flashbacks of his son’s body, specifically every time he is near a bridge or river. He was diagnosed with both anxiety and depression.

Garbaty noted the three other victim impact statements came from an aunt and both paternal and maternal grandparents, which she said provided a glimpse into the grief the family has experienced.

Hal Mattson, Hanson’s defense lawyer, addressed the victim impacts statements and how they reflected how Hanson herself feels.

“We can all imagine how the mother feels, if that’s how other people feel,” said Mattson.

He told the court about Hanson’s rough and unstable upbringing, and how she was involved in relationships that introduced her to drugs.

Mattson noted she is working on herself with the goal of staying sober and seeing her kids.

“She would just like people to know that’s she’s not a demon,” said Mattson.

It was revealed Hanson had moved to Newfoundland in December of 2020.

Mattson added that Hanson told him she hoped the people who helped search for her son have not “hardened their hearts” because of her actions.

In handing down the sentence, Justice Miller said while a message needs to be sent to deter others, she considered Hanson’s guilty plea, which spared those impacted from having to testify, as well as that she is seeking counselling for grief and rehabilitation for substance abuse, and the fact she is a first-time offender.

“No penalty imposed by this court will ever have the effect of punishing Michelle Hanson more than she has punished herself for her reckless actions, and no doubt will continue to punish herself for the rest of her life,” said Miller.

“No penalty this court could impose will ever bring Kaden back or lesson the anguish felt by those close to him because of his death and its circumstances.”

*Paula Brown is a Local Journalism Initiative reporter with the Orangeville Citizen.