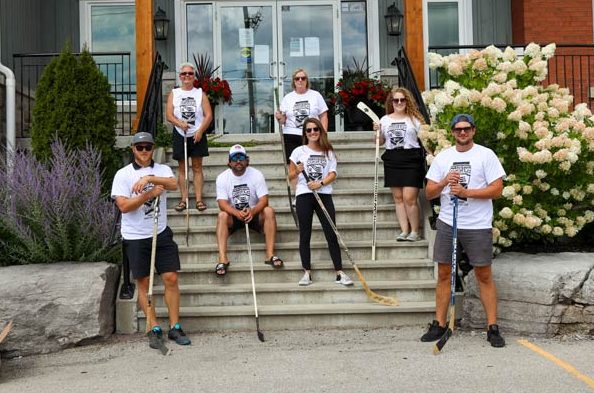 FERGUS – It’s hard to say what is the most remarkable thing about the McGinn Brothers Big Assist event last weekend – that it raised $50,000, or that it happened at all.

Organizer Allan Boynton is amazed on both counts.

“This is an odd year,” he said in a phone interview on Aug. 24, a few days after the McGinn brothers hosted the McGinn Big Assist in Fergus on Aug. 21.

Months ago, the McGinn Brothers Big Game ball hockey tournament was cancelled due to the pandemic.

But the famous hockey  brothers – Jamie, Tye and Brock – came to Fergus, spoke on the radio and did a little physically-distanced schmoozing with fans. 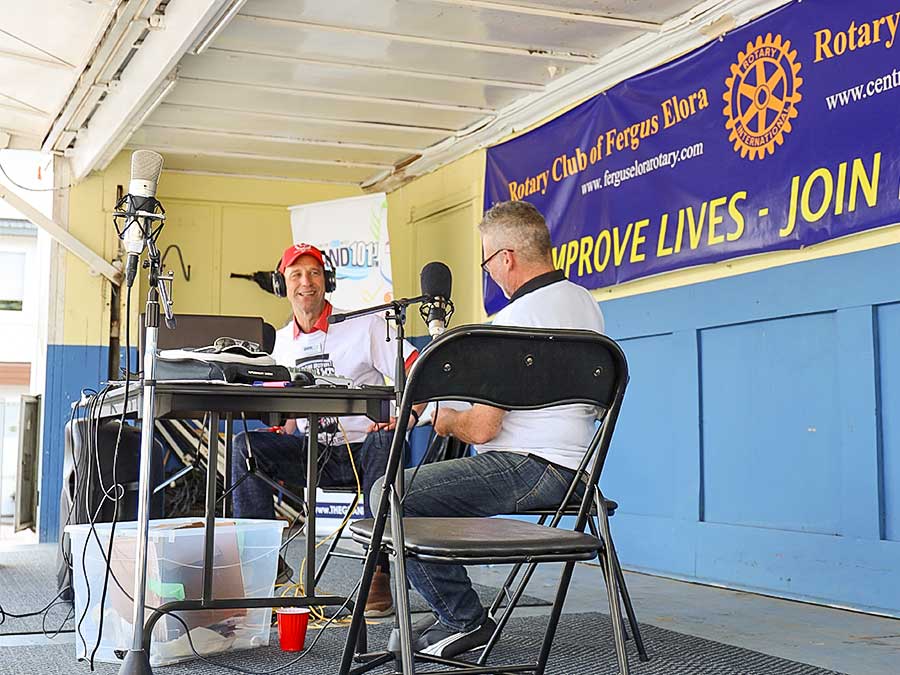 “We really wanted to put on the event,” Boynton said, “even just to keep it going.

“The fact that we raised so much money is testament to our volunteers, our sponsors and the individuals and community groups that supported us.”

“Next year we hope to bring the Big Game back. It has become a staple in the community,” Boynton said.

“But this year was pretty great too. Everyone is having a tough year.” 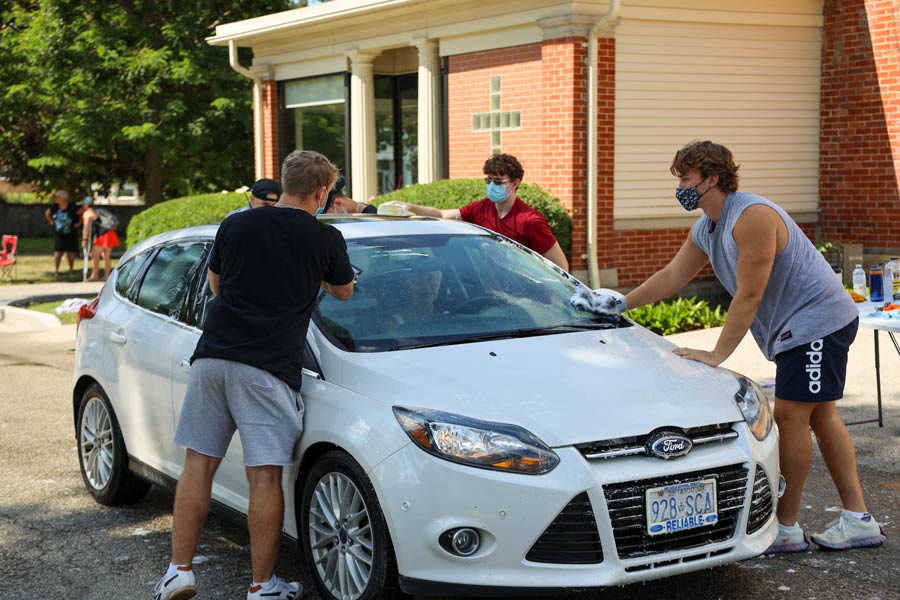 Team work – Members of the St. James Lions Football team hosted a car wash in the parking lot of Giddy’s Funeral Home in Fergus in support of the McGinn Brothers Big Assist. Their efforts were part of the $50,000 raised that day. Photo by Keegan Taylor