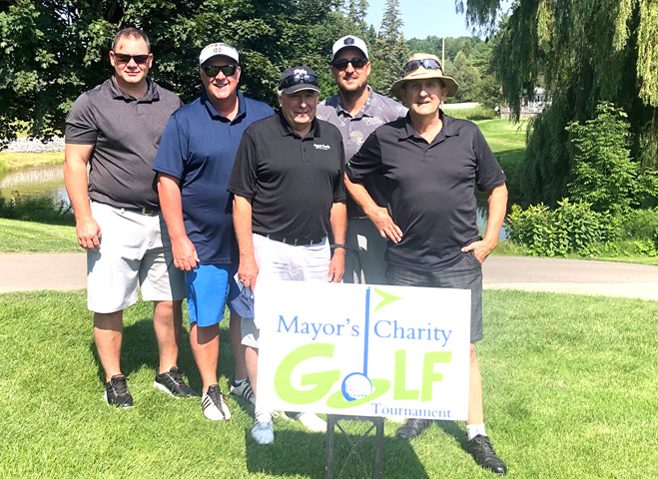 MINTO – Local minor hockey players and students at Palmerston Public School will be the beneficiaries of $12,000 raised at the 2021 Minto Mayor’s Golf Tournament.

The funds directed to Palmerston Public School, which has over 400 students, will go toward replacement of the creative playground equipment at the school, which Schiestel said has “exceeded its expected lifespan and requires yearly repairs.

“The funds we receive from the tournament will help us immensely as we work toward our goal of purchasing a new creative playground for the students of Palmerston Public School,” said Schiestel.

She noted the Upper Grand District School Board does not provide funds for purchase or installation of playground equipment.

“So we really appreciate all the support from the community on helping us raise money for the playground,” Schiestel stated.

“We really appreciate our partnership, or relationship, with the Town of Minto,” said Litt.

“Through COVID you guys have really worked alongside of us and helped us out a lot.”

Mayor George Bridge said, “We’re so pleased that were able to give you both $6,000.”

He noted sponsors “came through” for the tournament this year and the response from golfers was overwhelming.

“I think we wanted 36 teams and got 45,” said Bridge, noting the Pike Lake Golf Centre, where the tournament was held on Aug. 5, was “very good about allowing us to bring in more teams.”

“We really appreciate all your work as volunteers in your community,” Bridge told the group representatives.

“That’s what the strength is in our community – volunteers.”