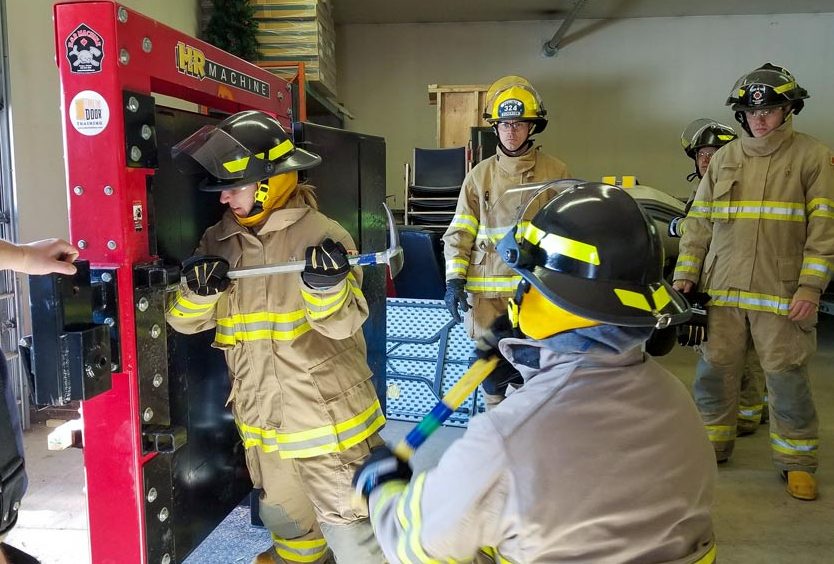 Richardson explained the fire department has been recruiting every two years to maintain a staffing level of 20 firefighters and two trainees at both of the township’s fire stations.

“We’re at 19 firefighters in Moorefield so we could use one more firefighter and two more trainees,” the chief stated.

“In Drayton we’re at 20, so we require two more recruits to train for next year to get to our full complement there.”

Mapleton Fire Rescue is planning a demonstration day on Sept. 10, from 1 to 3pm to “show potential candidates the different kind of abilities required by our members,” noted Richardson.

On Sept. 21, from 7 to 8pm, the department will host an information night, where potential recruits will learn about the required commitment and training expectations.

Both the demonstration day and information session will be held at the Moorefield fire station.

“Our volunteer guys don’t make much money anyway and the auxiliaries make even less,” Martin observed.

“Is there any way we could budget it differently? If we need 22 guys per hall budget that way?”

Richardson explained recruits signed up in the fall will go through the Wellington County firefighter training system beginning in February and are eligible to be tested for firefighter status by July of the same year.

“They go every second weekend to somewhere in the county – Fergus Elora, Erin, Moorefield – and they do training and then they get trained to a level they can be tested in July,” said Richardson.

One the firefighters pass their tests, “they become firefighters and get on the point system. So they are getting a pay cheque,” he pointed out.

“When you go to police college, you’re a cadet and you’re not a police officer until you pass your exams,” he stated.

Richardson stated, “Once they get through the county training, which is Firefighter 1, Firefighter 2 and Hazmat, they can go apply – we don’t want to lose them to that – but they can apply full time at Toronto, London, Kitchener, wherever and they’re as trained as the full-time people applying there are now and we have lost a few that do that [county] training.”

Richardson replied that, in the past, the department would get three or four people out to their information night.

However, extensive promotion of the most recent campaign attracted about 25 people to the information night, with about a dozen filling out applications and receiving interviews.

“It was really good. We got some good applicants,” he said.