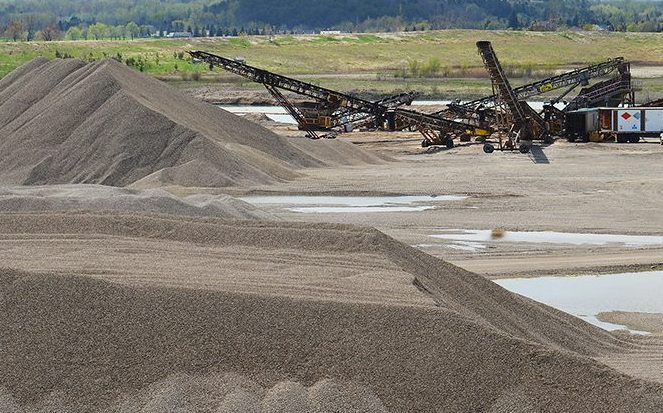 ERIN – Halton Crushed Stone Ltd. can move forward with its plans to expand operations at the Erin Pit now that the Local Planning Appeals Tribunal (LPAT) has released its decision on the matter.

The tribunal, overseen by John Douglas, found that concerns raised by the objectors were not backed by evidence and that the expanded pit meets provincial regulations when it comes to noise, traffic safety, dust, setbacks, and protecting water supply and quality.

“Although sincerely held, the concerns raised by the remaining objectors . . . were not supported by objective evidence and/or independent experts and amount to mere apprehensions of concern,” reads the decision that was released July 2.

“As a result, the objectors have not successfully demonstrated that approval of the extension will result in unacceptable adverse impacts in terms of noise, traffic safety, dust or on water quality or quantity.

“The Tribunal directs the Minister (of Natural Resources and Forestry) to issue the licence subject to the prescribed conditions contained in the site plans.”

Halton Crushed Stone (HCS) owns property on both sides of 10th Line between Wellington Road 52 to the north and Sideroad 10 to the south just outside the Village of Erin.

The Erin Pit is located at the south end of this block of land on both sides of 10th Line.

HCS wants to expand operations on its remaining land with phase 1 on the northwest side of 10th Line and Phase 2 on the northeast side.

Originally there were 13 objections to the application, including the Ministry of Natural Resources and Forestry, the Town of Erin, Wellington County, the Credit Valley Conservation Authority, four review agencies and nine landowners.

According to the decision, several objections were withdrawn through the review process, including the Town of Erin’s.

The MNRF requested the hearing to resolve the outstanding issues. The hearings took place in October.

In a phone interview on July 10, Mayor Allan Alls said HCS met with many of the objectors before and after the hearing to try to reach a resolution.

“Everything we [the town] wanted, we got, although that’s likely not true for everyone who was opposed,” Alls said.

“Now we have to meet and come up with a deal.”

The Town of Erin wants to purchase a section of land on the southeast corner of Wellington Road 52 and the 10th Line from HCS to build the long planned-for wastewater treatment facility.

Hands were tied on both sides of the negotiation while the LPAT decision was pending.

Alls said the town is keen to finalize the deal and get on with the wastewater project.

The design contract has already been awarded, “and WSP has done some work already. But that’s the problem. They need to know the site to move on with the design,” Alls said.

If the deal doesn’t go through, the town has a back-up plan.

Solmar Development Corp. owns land on the northeast side of Wellington 52 that would be suitable as well.

“We’ve been talking to Solmar too. There are so many balls in the air right now,” Alls said.

Whatever piece of land it turns out to be, the town will have to buy it.

“But developers are putting up the money for (the facility),” he said.

Alls said moving the town off private septic systems to a proper municipal wastewater system has huge environmental benefits and will bring greater prosperity to the town as businesses are interested in locating there, developers want to build there, and people want to live there.

“WSP has promised this will have the most stringent controls in terms of effluent,” he said.

Alls said he hopes he’ll have news to share at the July 21 council meeting.

The completed design plan will still have to be approved by council and by the Ministry of the Environment, but if all goes well, officials could break ground on the project next year, he said.