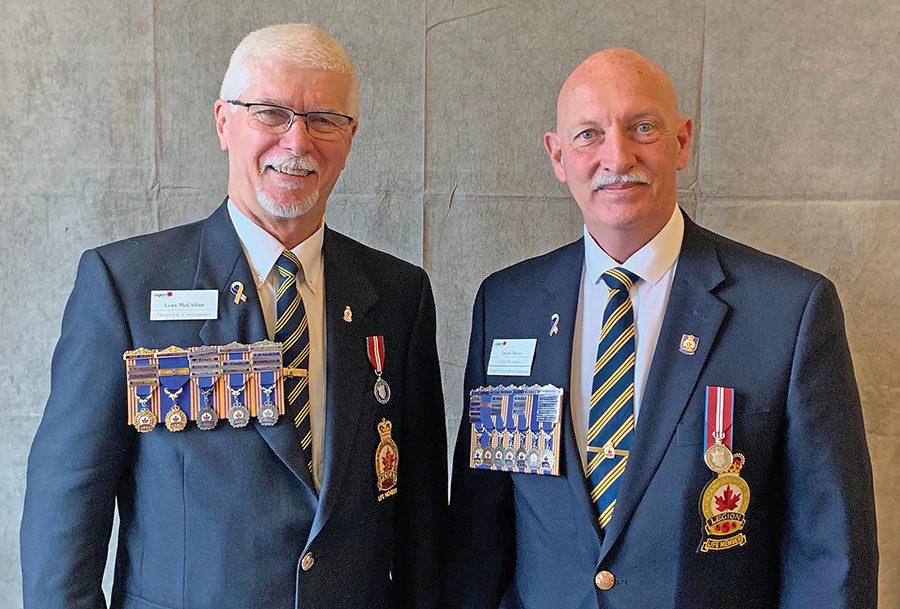 Lynn McClellan, a 41-year member of the Elora branch, has been elected to the position of Ontario Provincial Command first vice president.

Although McClellan isn’t a veteran, his father served in the Second World War and was a Legion member. Like father, like son.

McClellan spoke with the Advertiser after arriving back home from North Bay where the 52nd Biennial Convention of the Royal Canadian Legion took place on May 15.

“There were two other candidates and I was elected on the first ballot,” he said. “I was just absolutely over the moon.”

Challenges lie ahead in addressing membership decline across the province while trying to keep branches viable.

“They are so important to every community,” McClellan said.

Three years from now, he anticipates being elected to the provincial president position – one claimed this year by Mount Forest resident Derek Moore.

Moore was recovering at home from a medical procedure when reached by the Advertiser.

In good spirits, he regretted being unable to attend his election in person.

“I consider myself very fortunate to have come up with Lynn McClelland,” Moore said. “We’ve been through this together, so we know each other very well.”

Only being a drive away also helps.

“We can just jump in the cars and just go and meet somewhere and have a coffee and discuss problems and issues face-to-face,” he said.

Moore joined the Mount Forest Legion branch in 1978 and has been there ever since.

“I got playing darts with some of the old veterans down there … and the rest is history. I used to enjoy the company of those fellows,” he said of his early days.

Now 68, Moore can be found banging away on the keyboard at home, taking care of Legion business when he’s not driving a school bus during the day.

Moore said he has been elected into the role because his peers recognize he enjoys the work.

“The people out there know how many hours I put in of my own personal time,” he said.

The process to reach the Ontario president position is no easy slog – it’s earned.

First you need to be elected branch president, then deputy commander and commander, in both zone and district levels, before entering into the provincial level.

After that lies the dominion ranks for those truly embodying the mission.