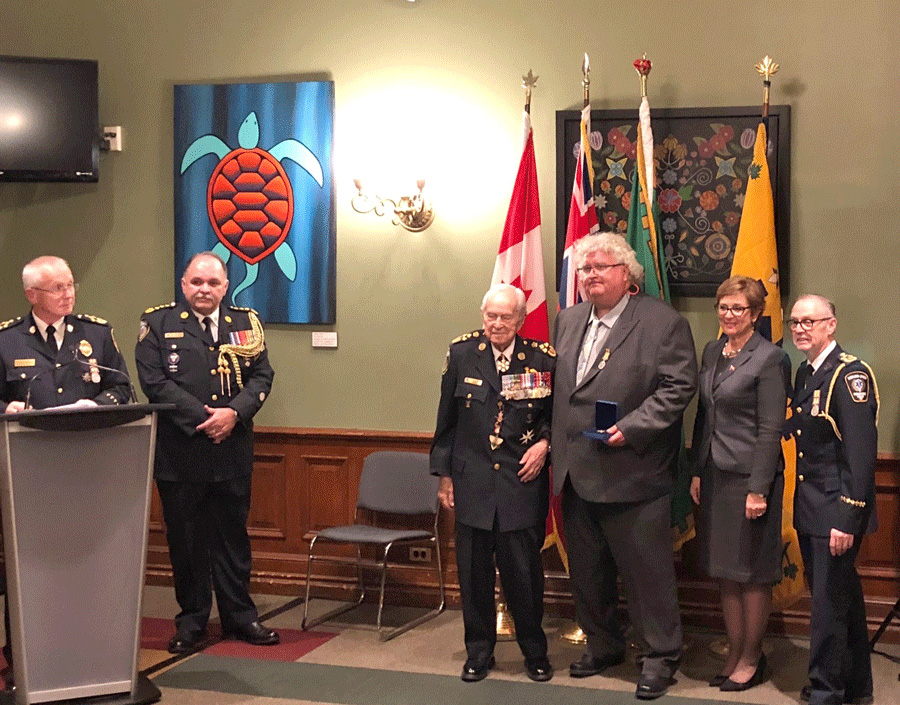 Derek Bridgwater of Mount Forest and Greg Ballah from Fergus were honoured.

The award ceremony took place in the committee rooms of the Ontario Legislative Assembly in the presence of MPPs.

“I was honoured and humbled,” Bridgwater told the Advertiser.

According to GWPS, only about four per cent of paramedics that start in paramedicine retire from the profession.

“It’s not a lot of people that actually get to do 30 years doing this job. So I’m feeling quite pleased and honored that I was able to continue with the job for this long,” said Ballah.

Both he and Bridgwater have family in the paramedic services as well. Over time, they said, advancements have improved paramedicine.

“It’s a lot easier nowadays,” said Bridgwater.  “Back in the day, we had to lift the stretchers. We didn’t have a lot of people helping us. The money wasn’t all that great back in the day. Now, it’s a lot better – the equipment is lighter. I love the stretchers because they’re battery operated … you still have to lift but there is a lot less lifting.”

Ballah agreed, telling the Advertiser, “I think that the people who don’t or can’t continue to do this job, I think it’s because you get hurt and can’t carry on. It’s a heavy job.”

Ballah and Bridgwater thanked GWPS for the nomination.

“It’s kind of a unique award because it’s not just a years of service award … it’s just a pretty nice honour to even have somebody submit your name,” said Ballah.

“I would just like to thank the chief and the service, I guess they have to nominate people to do this, not everybody gets to go,” he said.