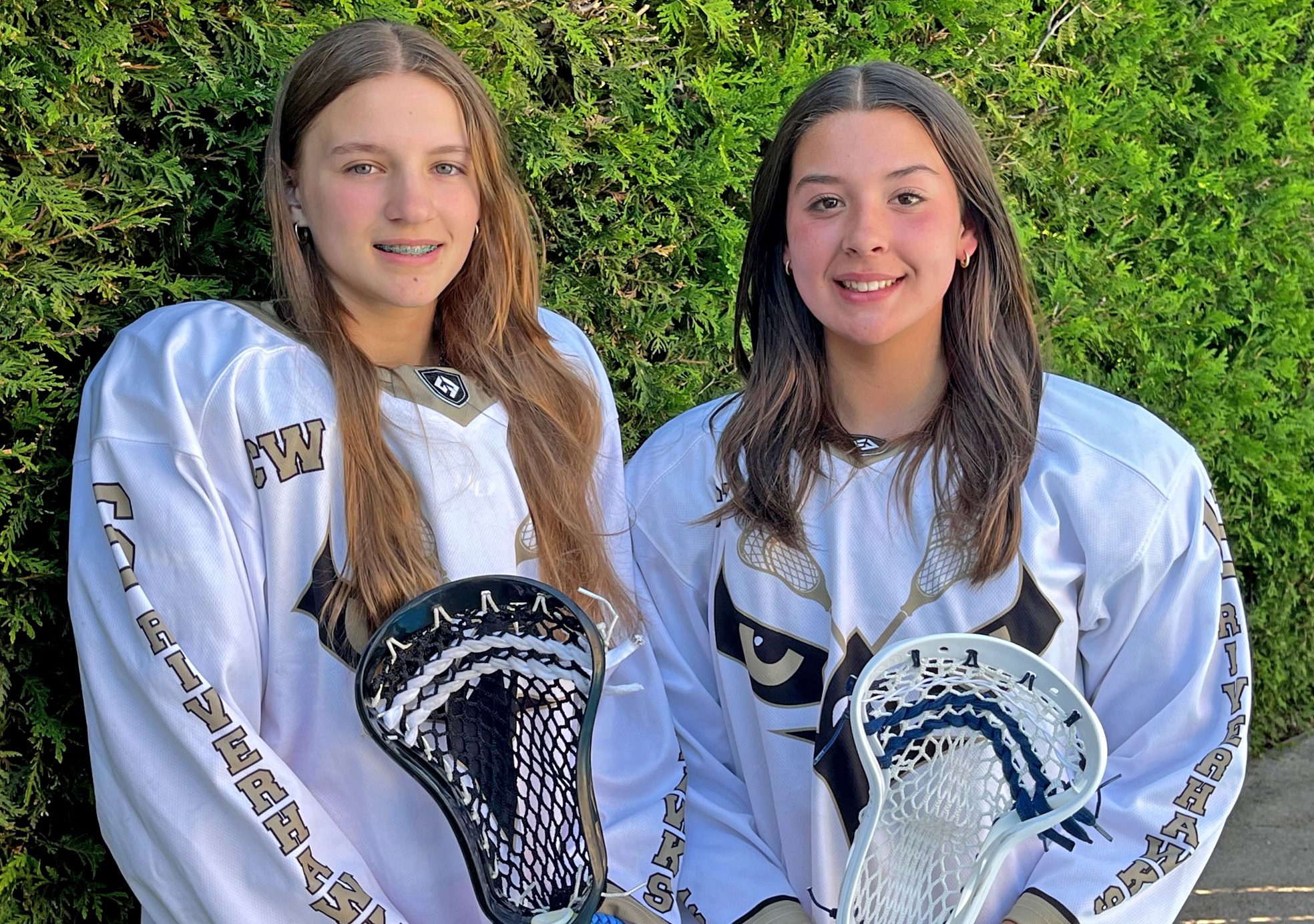 They will play on two teams representing the province:

Both 13-year-olds are Orangeville residents who play with the Centre Wellington Minor Lacrosse Association (CWMLA), as there isn’t a girls box lacrosse league in Orangeville.

She added both Avery and Nielson weren’t able to try box lacrosse until recently, when they participated in the Toronto Rock Athletic Centre’s hybrid field and box lacrosse program for girls.

After that both girls were introduced to the CWMLA.

“Centre Wellington was so welcoming to us,” said Charla.

When Avery found out she would play for Team Ontario, “it was kind of a shock,” she said.

Team Ontario training sessions have been good this far, she added, noting, “I got to meet most of the other girls.”

She added she’s most excited about bonding with other players and showcasing her skills.

Avery has been playing field lacrosse since age three, and hopes to continue into high school and during post-secondary education.

Nielson was excited to hear she’d made team Ontario for both teams.

Tryouts for the competitions were intense, but a fun experience, said Nielson.  She added she’s excited for more practices, preparing for the two different teams.

Nielson is looking forward to “working together with my teammates” to try to win gold.

Nielson doesn’t have a preference between the indoor and outdoor games, but said she is liking the change to box lacrosse after just playing field lacrosse for so long.

“It’s a quicker pace,” she explained.

Nielson has been playing field lacrosse since she was eight. She was introduced to the sport when her younger sister decided to try lacrosse.