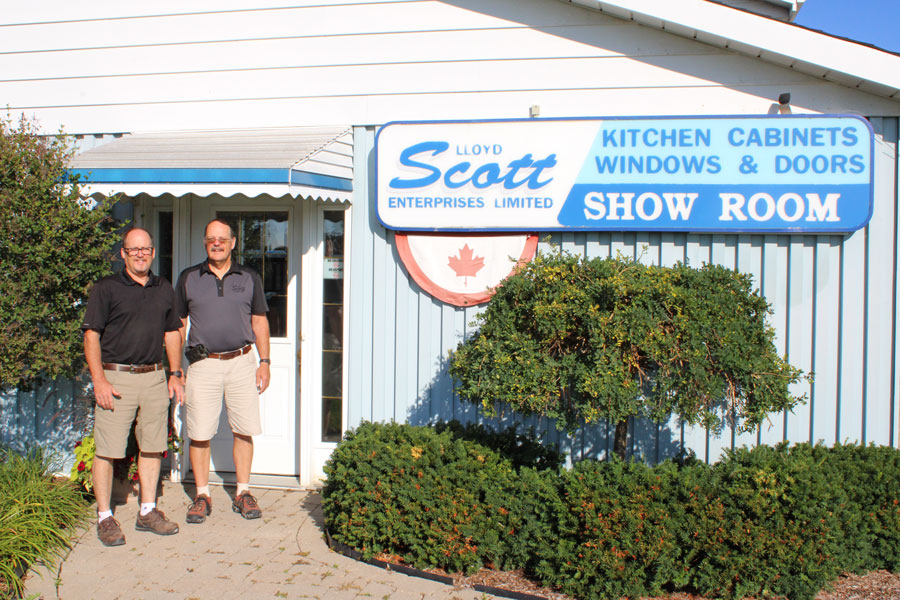 Currently located on Peel Street in Alma, the company has grown from an aluminum siding business to providing finishings for home renovations and new construction in the area.

Lloyd Scott began the business in 1969  out of his family home in Alma.

Today the company is run by his sons, Rick and Jeff Scott, and boasts 12 employees and an 8,800 square-foot showroom on Peel Street. 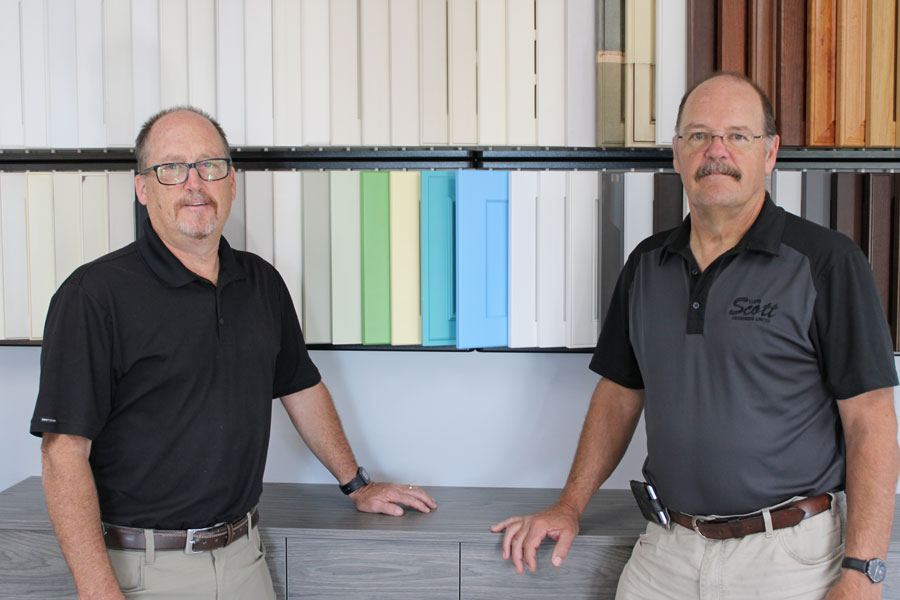 “A quality job gets you quality referrals and that’s just been our business. Dad instilled that in us when he started and he taught us that,” said Rick.

For the 50th anniversary, the Scotts are planning an open house meet and greet where the family, including Lloyd, his wife Betty, Rick and Jeff, can celebrate with the Alma community.

Jeff Scott said that over  the past five decades, “We have worked for many people, many times over,” and the family is looking forward to sharing its thanks.

Lloyd Scott started out as a farmer.

Since 1871 the Scott family had run a farm three miles north of Alma.

“[Dad] was happy doing the alterations around the farm and fixing things up. He just wasn’t born to be a farmer.”

In 1969 Lloyd was installing some siding on a farmhouse addition when siding salesman Don Edwards, who became a longtime friend of the family, suggested Lloyd turn it into a business.

“It was basically a second career,” said Rick.

Not long thereafter, the Scott family moved into town and began running the business out of the house.

From their earliest years Rick and Jeff got involved with the business. At ages 12 and 14 respectively, they built their father a 22-by-24 foot work garage behind the house.

Rick and Jeff attribute much of the business’ success to their farming work ethic.

Both continue to compare running the business to an agricultural operation.

“It’s like farming, really it is. It’s a farming mentality that we have, because we work when there is work … whether that’s a 12-hour day or a 14-hour day, it happens. You make hay when the sun shines,” said Jeff.

Most of the business’ clientele remains within an hour’s drive of Alma, including places like Guelph and Wellington North.

“The odd time you do some jobs farther away on a referral, family friends and a referral sort of situation, but everybody is back home at night,” explained Rick.

While the company witnessed major changes in its first few decades, in more recent years it has maintained its size and workload.

The Scotts attribute their success also to their small-town values.

“I think that helps us be able to serve people better because there is no pressure,” said Jeff. “We are not a high pressure city kind of a pace. We are very professional about what we do, but we are not pushy and that’s a small-town sort of a thing.”