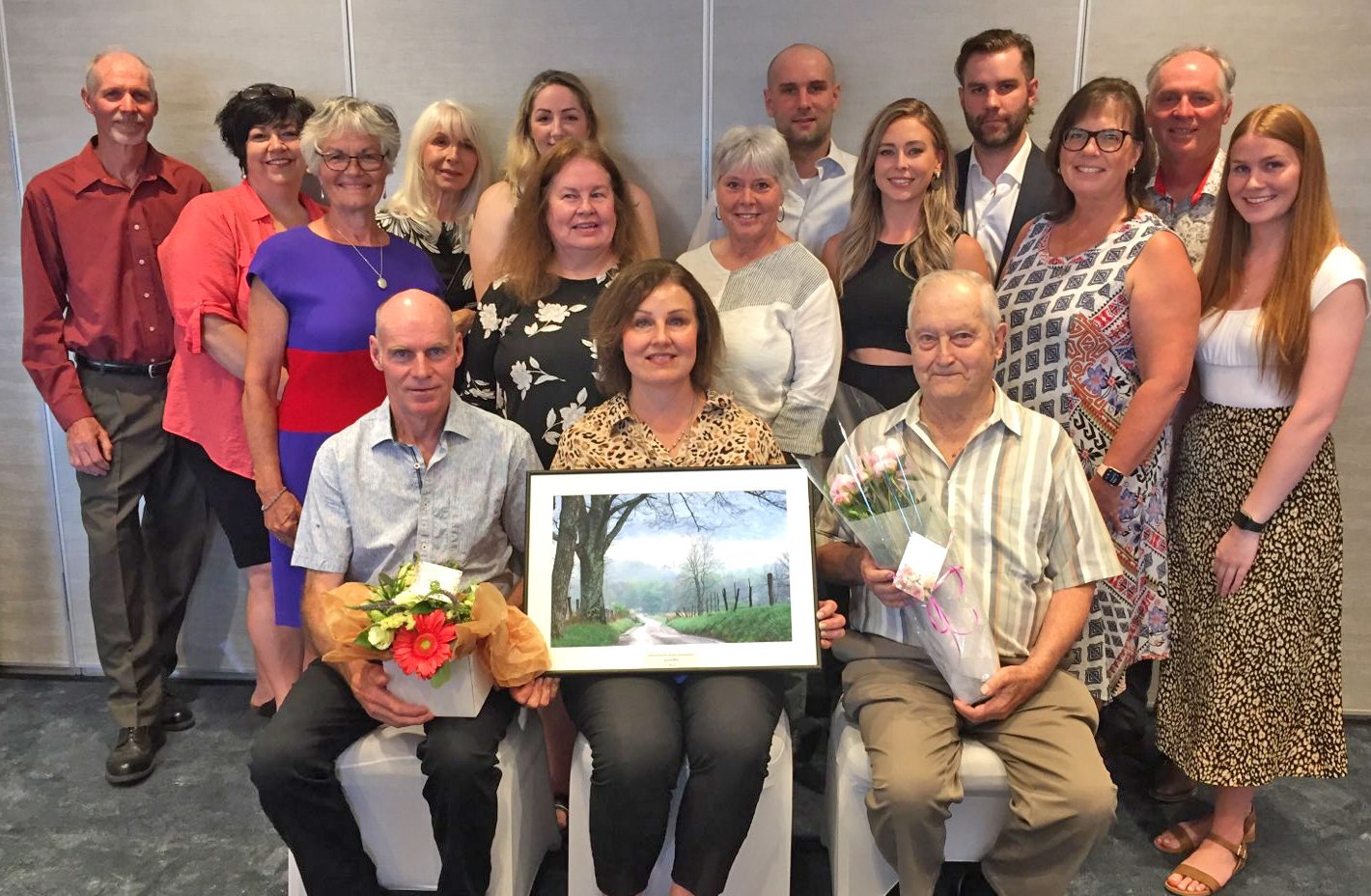 “I was hugely surprised, and just tremendously honoured to even be thought of in this category of prestigious women,” she told the Advertiser.

Weir has been with EastGen for 37 years, and works as executive assistant to the general manager. She is also co-owner of Gorweir Farms in Guelph/Eramosa.

Presented during the Holstein Ontario Summer Social in Elora on June 23, the award “recognizes the efforts and highlights the work and accomplishments of Ontario women who have devoted their lives in an effort to serve, promote and enhance the dairy industry,” states a company newsletter.

“[Weir’s] dedication to the dairy industry is evident through her professional contributions as past breed secretary for the Guernsey and Brown Swiss and Braunvieh Associations, and her impressive career in various roles within EastGen and its legacy companies spanning more than 37 years.”

The summer social was  EastGen’s first in-person event since the onset of the COVID-19 pandemic, and the company used it as an opportunity to recognize not only Weir, but  2021 award winner Diane Jarrell-Ray, who did not receive a proper award ceremony. 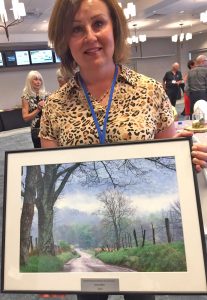 Outstanding Dairy Women Award recipient Jessie Weir, with a print given to her by the award committee. Submitted photo

“It’s really quite a remarkable group of women that have won this award in the past, they are real leaders in our industry,” said EastGen general manager Brian O’Conner.

“[Weir] is so deserving. It’s an incredible award, it’s an important award, to recognize the women who are leaders in the dairy industry. [Weir] is a very strong and worthy recipient.”

Weir had no idea she was going to be given the award.

As part of the summer social event committee, Weir  was attending the event to help out, which allowed her peers to keep it a complete secret.

She recalled hearing them announce the award recipient and not realizing it was her until they started to describe the recipient’s time with the company, prior announcing the name.

She delivered an impromptu speech, emphasizing her surprise and thanking her peers, and was  given a bouquet of flowers and a framed print selected by the award committee.

When walking back from accepting the award, Weir was tipped off to her family’s attendance at the event.

“I looked … and it was like 20 of them in the back room,” said Weir. “Had I known that they were all here I would have lost it during my few words, because … my family means everything to me.

“Thank you to those that sponsored it and thank you to the committee. It’s just a true honour … and one that I cherish.”