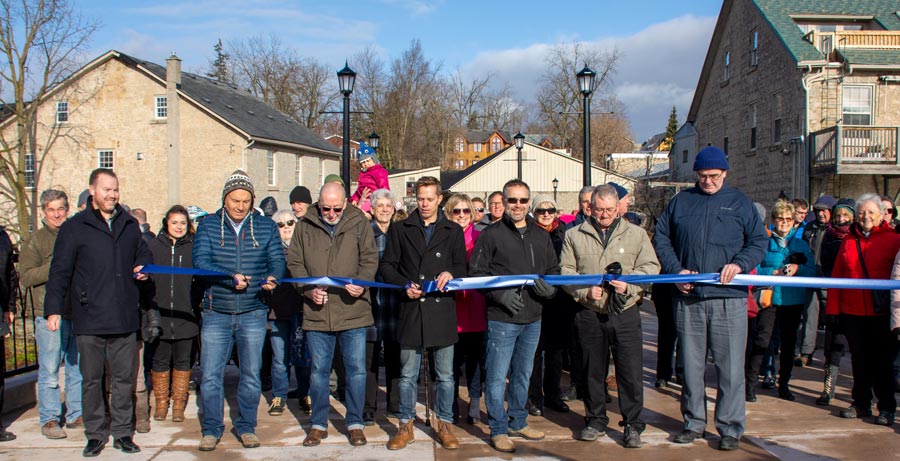 “This caps off a lot of work that we’ve done to revitalize downtown Elora,” Centre Wellington Mayor Kelly Linton said at the official opening on Nov. 22.

“I know we’ve kind of put you through it a bit these last few years,” he said. “We really wanted to do something special in downtown Elora and you’ve been really patient.

“It’s not always been easy, we know that, but now we don’t have to worry about this.” 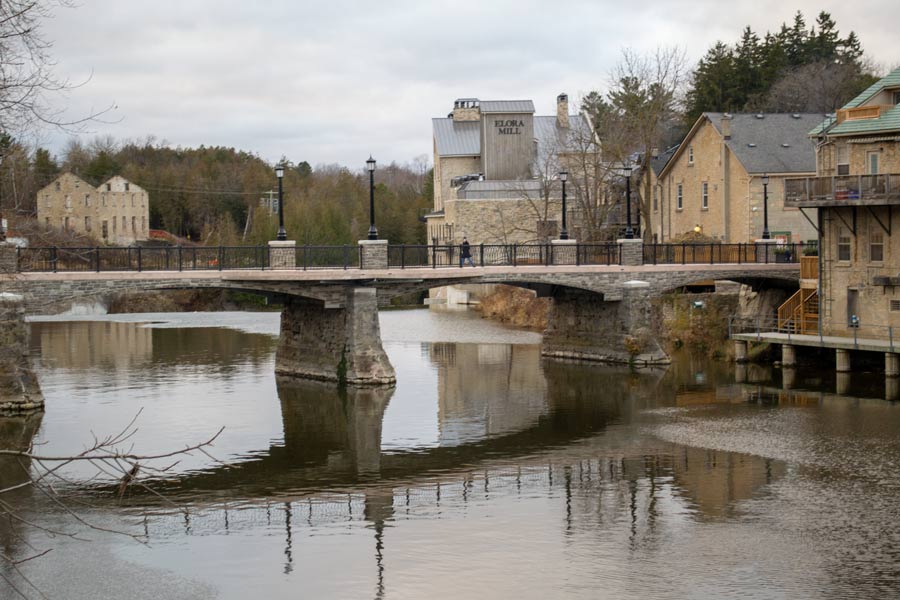 The bridge project has been 16 years in the making.

“This project has been something that the downtown merchants have been asking for since 2003 when it closed,” Linton said.

“So this is a really, really important day.”

The bridge runs from West Mill Street, across from the Elora Mews, on the north side of the Grand River to Victoria Street on the south side.

“We have this heritage downtown Elora and we’re going to extend it all the way across the river to the other side and the exciting things that are going to happen on the south side of the river are going to be amazing and we’re all going to be able to enjoy it as residents of Centre Wellington,” Linton said. 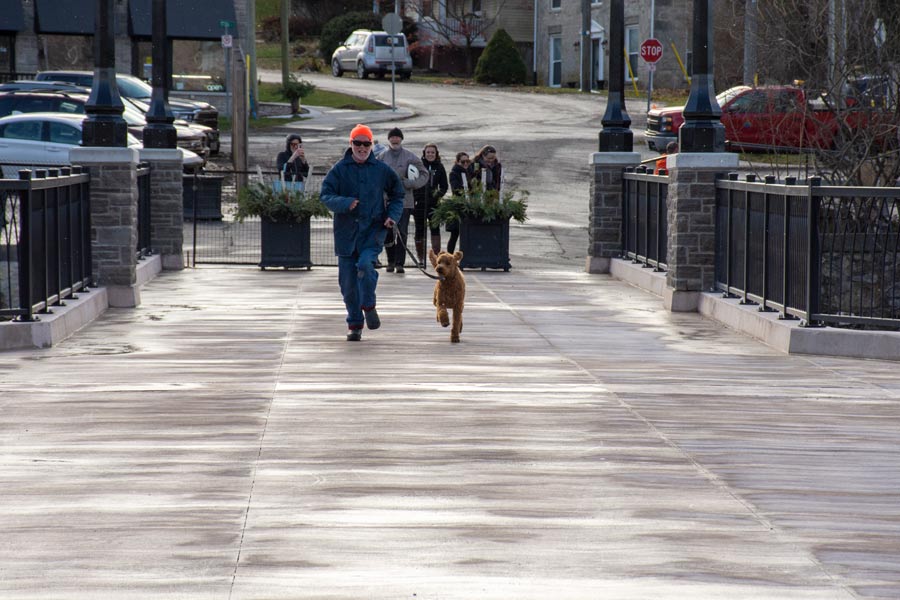 An eager resident and his four-legged friend run across the newly-opened pedestrian bridge in Elora on Nov. 22. Photo by Jaime Mysik