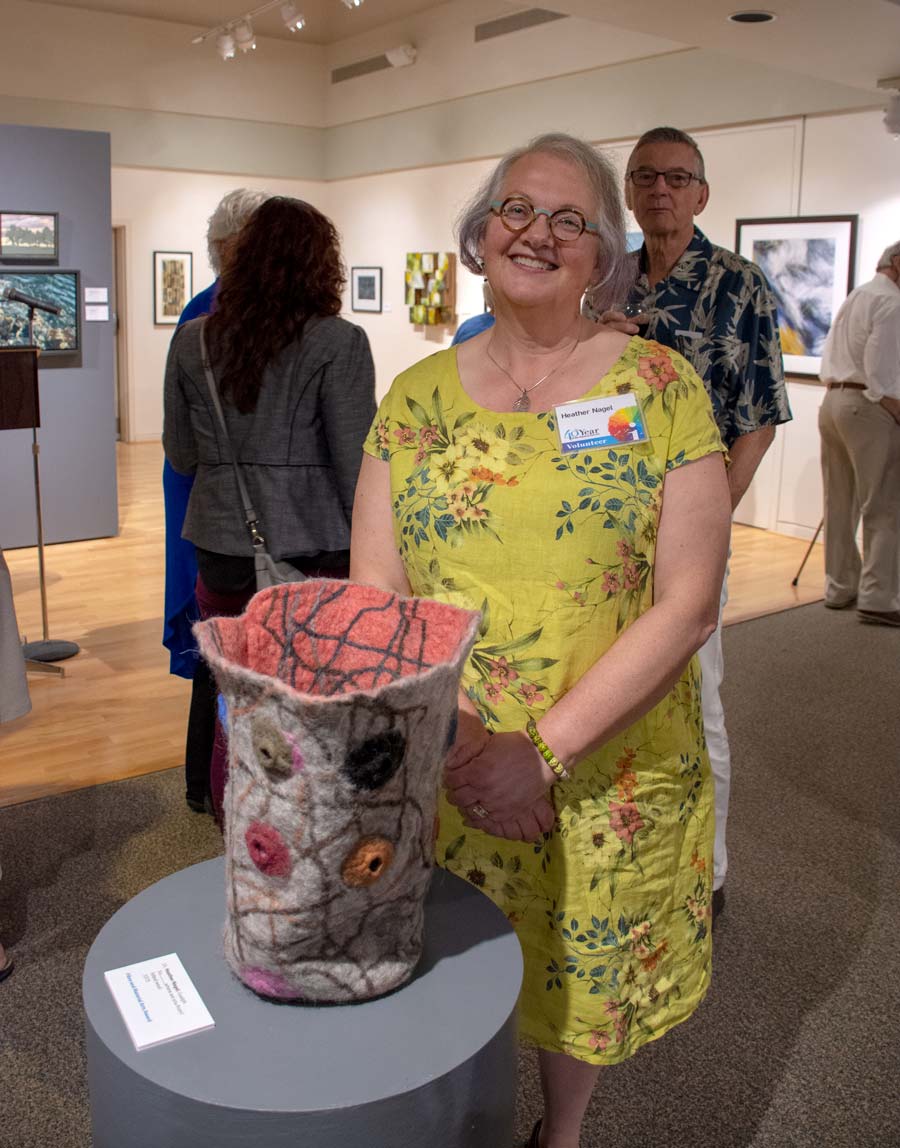 Juried arts show - Heather Nagel of Eden Mills won the Fibre and Material Arts Award for her piece called So ... where are you from? in the 40th annual Insights Juried Arts Exhibition. Photo by Jaime Myslik

ABOYNE – The Annual Insights Juried Exhibition of Fine Arts is celebrating its 40th anniversary this year.

“There used to be more of them and they keep diminishing because it’s hard to get volunteers.”

Insights has a committee of eight volunteers that put the show together, Marvin explained. The show also has a partnership with the Wellington County Museum and Archives to  provide gallery space, curatorial staff and technical staff to mount the show.

This year, 123 artists submitted just under 250 pieces and 75 pieces were chosen to be a part of the show.

“And there’s a lovely variety here,” he said. “You can see not only are there interesting wall things but there’s a number of plinths and cases around here that are representing, showing three dimensional pieces and precious metal pieces and that kind of thing.”

One of those artists is Heather Nagel, who lives in Eden Mills.

Nagel has two felted wool pieces in the show and the one entitled So … where are you from? won the Fibre and Material Arts Award.

Nagel said that all of her work tells a narrative.

“So when we see people we assume if they don’t match us … if they’re any other different colour we assume they’re from somewhere.”

“So people say where are you from? And so that’s what inspired me.”

She also has a piece in the show that includes Atlantic Ocean fishing nets that are worked into the felt. That represents the fact that 40% of the plastic in the ocean comes from fishing debris.

The ideas just “pop” into her head, Nagel said.

“I don’t write them down, they’re just there, they just keep popping into my head,” she said.

“Right now I’m working on a piece called threads of fragmented memory and it’s about dementia and I’ve got a piece where I’m sewing it and then leaving threads hanging out and silk fibre hanging out, things like that.

“Part of it’s clear and beautiful and the other part is all fuzzy and hanging out.”

The exhibit is on until Sept. 1 in the exhibition hall at the Wellington County Museum and Archives.