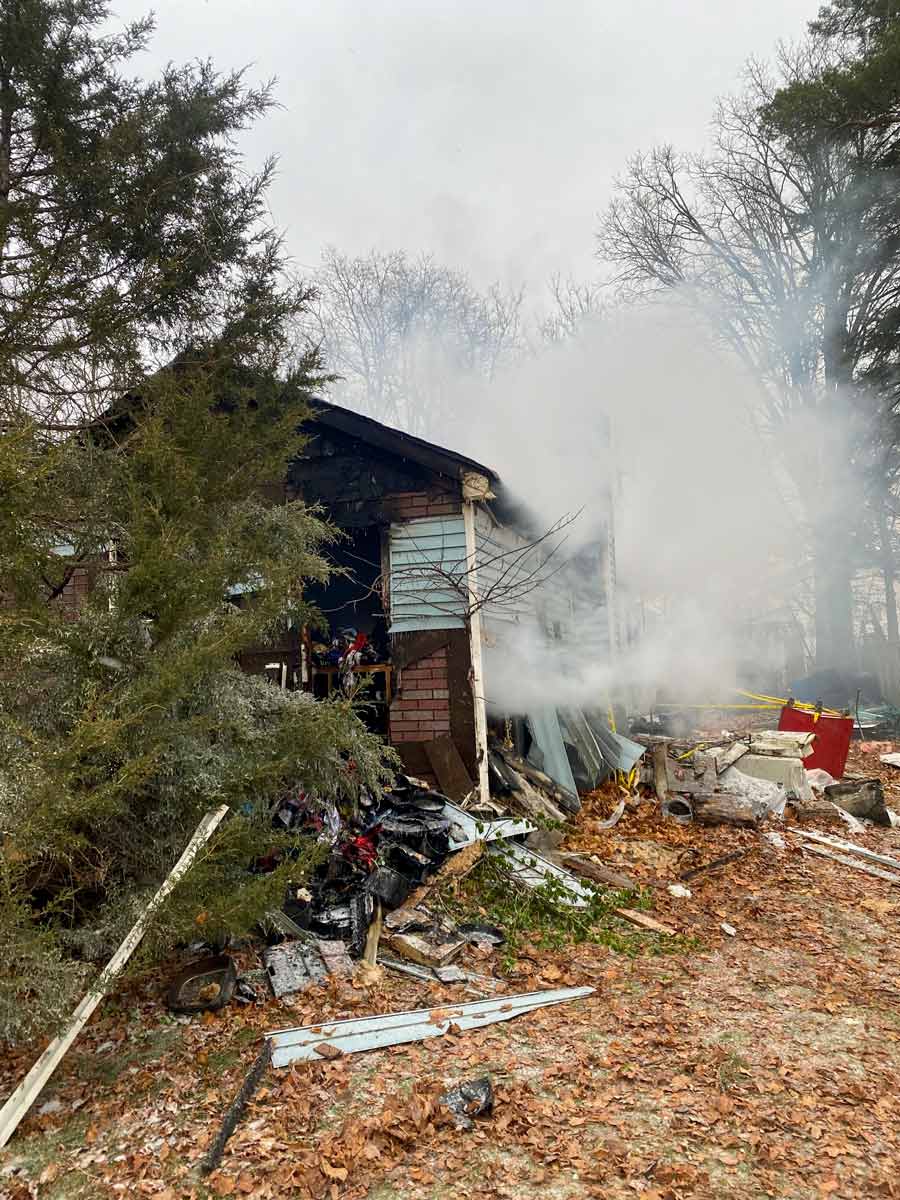 GUELPH-ERMOSA – An evening house fire near Crewson’s Corners destroyed a house and caused about $350,000 in damages. Submitted photo

GUELPH-ERMOSA – An evening house fire near Crewsons Corners destroyed a house and caused about $350,000 in damages.

Firefighters were called at 7:50pm on Nov. 17 for a structure fire on the Eramosa-Erin Townline just north of Highway 7.

“When we arrived, we could see flames coming from the house, from a couple sides of the house,” said Rockwood fire station fire chief Jim Petrik said.

“We determined that there was likely no one home so we started to do our fire suppression.”

Even though the fire was initially knocked down around 9:30pm, because there was what Petrik called “heavy content load” in the house, more challenges were presented.

“We were doing what was called overhaul where we were pulling pieces of the building apart by hand to try to get at deep-seated fire, but we realized just with the content load there that we weren’t going to be able to do it manually so that’s why we put up a fire watch,” Petrik said.

The fire watch put out flare ups that occurred throughout the night.

In the morning  an excavator dismantled the house, pulling apart the contents so the fire department could “douse the rest of the fire,” Petrik said.

The scene was cleared at 11:15am on Nov. 18. In total there were between 20 and 25 firefighters on scene from the Rockwood station, Puslinch, Erin and Hillsburgh.

One firefighter was injured and sent to hospital but has since been released and is home.

The cause of the fire is undetermined and is not under investigation. However, the house was destroyed and Petrik estimated there was $350,000 in damages.

“It’s difficult in that the fires are bigger because there’s so much more fuel, but it’s also very difficult for us to get into the home to deal with it.”